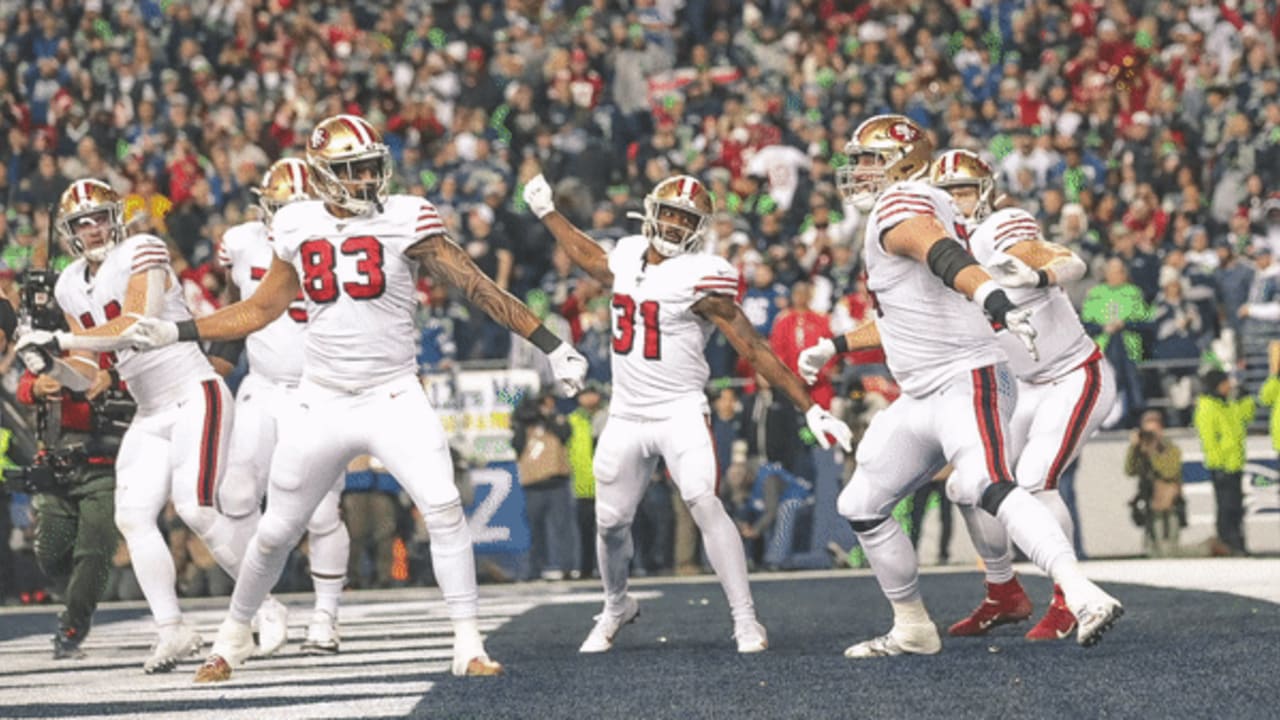 9. The 49ers and Seahawks spent the remainder of the fourth quarter exchanging scores. Wilson and the Seahawks drove down the field and scored on a Lynch 1-yard touchdown. The 49ers responded with 7-play, 75-yard drive the culminated in a Mostert 13-yard touchdown carry. With three and half minutes left in the game, Seattle cut the 49ers lead to five with a Metcalf touchdown.

An unnecessary roughness penalty led to a 49ers punt. Wilson led Seattle downfield and on 4th-and-10, converted on a pass to John Ursua. With :12 seconds left in the contest inside their own 10-yard line, Wilson attempted to convert for the second-straight time on a pass to tight end Jacob Hollister who fell just inches from the goal line. Rookie Dre Greenlaw made the stop just ahead of the goal, forcing a turnover on downs and essentially sealing the 49ers win.

10. The 49ers clinched the No. 1 seed in the NFC and receive home field advantage and a first-round Bye heading into the postseason. The 49ers will face the lowest remaining seed in the NFC Divisional Round on Jan. 11 at 1:35 pm PT. For tickets, visit here.

“We worked for this all year,” Kyle Shanahan said postgame. “It’s always the goal to go in and just get in the tournament. And to get in there with the number one seed feels very good. We were going to be ready to deal with whatever we had to tomorrow. Whether we had to go play three games. I know we are much happier that we can stay at home now and you’re two weeks away from the big one. So we’re going to enjoy this Bye week. But very proud of the guys. We’ve had to win a lot of different ways this year. I keep feeling like we’ve done it every way possible and we find a new way to do it. I wish it wouldn’t have been that close at the end, but it doesn’t matter. I’m pumped about how they finished.”