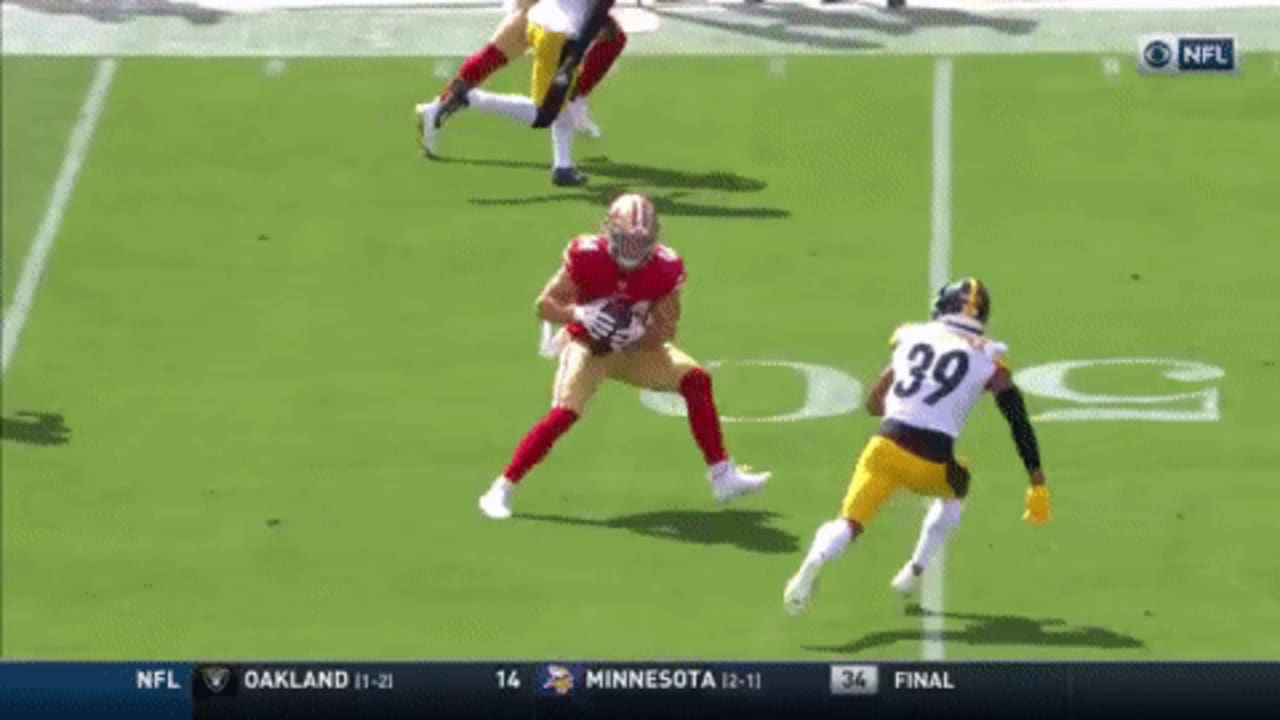 Richard Sherman said it best in his post-game press conference – “We didn’t play perfect, but our record’s perfect.” It was ugly, but the San Francisco 49ers got the job done in the 24-20 win over the Pittsburgh Steelers. Much credit to San Francisco’s defense who made several key stops all the way down to the final minutes of the contest. San Francisco now heads into their Week 4 Bye with a perfect record to start the season – their first 3-0 start since 1998. Here are 10 takeaways from Sunday’s victory:

It’s worth noting the 49ers defense managed to hold Pittsburgh to just two field goals, despite their four turnovers in the first half.

“I thought we played extremely well at some times and played extremely bad at some times,” Kyle Shanahan said postgame. “Anytime you have five turnovers in a game, that means you didn’t play that well. But, you take those away, and every aspect of the game decides that. I thought the guys did very well. It reminded me a lot of the Arizona game we had last year, we had a game versus Arizona where it was like 30 first downs to 10, and like 500 yards to 200, but we ended up losing the game because we had all those turnovers. Today was very similar, so it looked like we were going down that same (road), but the defense, they stepped it up big.”

2. Dee Ford recorded his second sack as a member of the 49ers. On 3rd-and-4 at the 49ers 36-yard line, Ford chased Steelers quarterback Mason Rudolph out of the pocket to force a Pittsburgh punt ahead of the first half two-minute warning.

3. K’Waun Williams came down with his first interception of the season and second of his career on the first drive of the third quarter. Arik Armstead was credited with the pressure as he forced Rudolph out of the pocket.