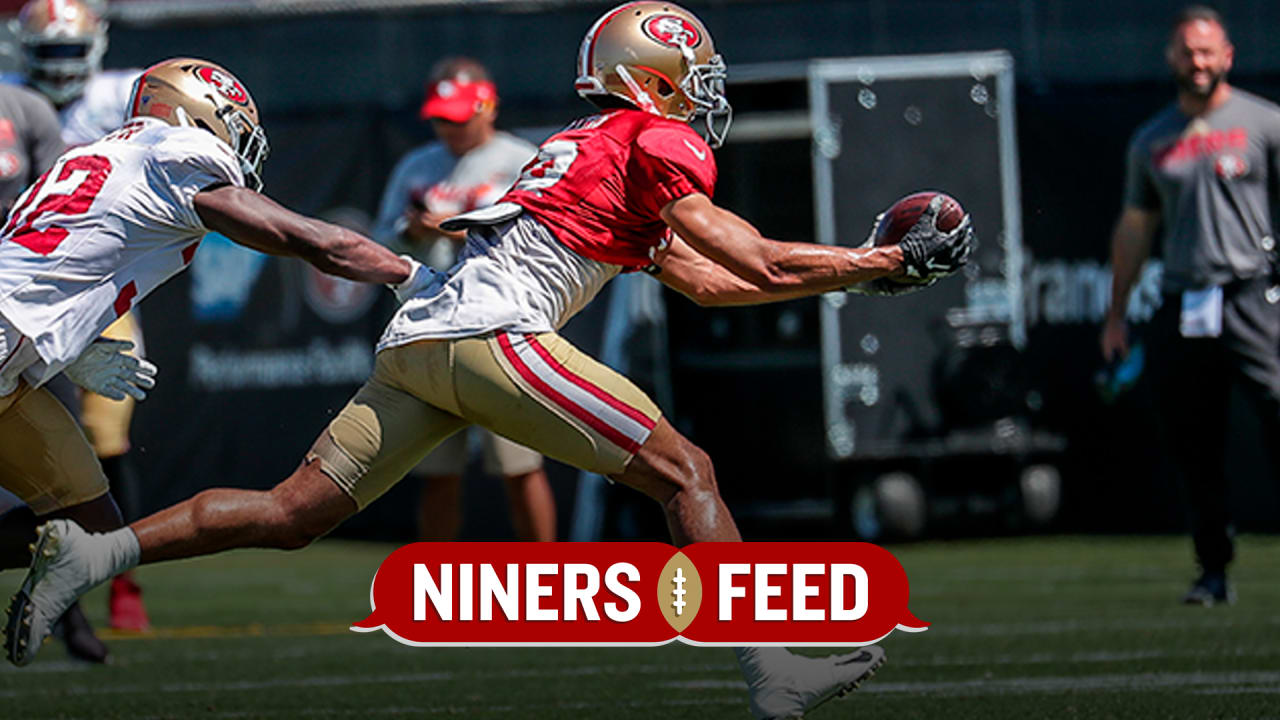 The San Francisco 49ers returned to practice following their exhibition opener against the Dallas Cowboys on Saturday. In preparation of their second preseason contest against the Denver Broncos, here are the takeaways from San Francisco’s 13th training camp practice.

1. George Kittle, Deebo Samuel and C.J. Beathard did not practice. Kittle was sidelined with calf tightness and Samuel was excused from the session for personal reasons. Beathard is dealing with a sore thumb after hitting his hand on a helmet during Saturday’s contest. Undrafted quarterback Wilton Speight saw his first full team reps in place of Beathard.

5. Jimmy Garoppolo found Matt Breida in the front of the end zone for a TD during team red zone drills. He also tossed a shovel pass to Tevin Coleman at the 10-yard line for another score.