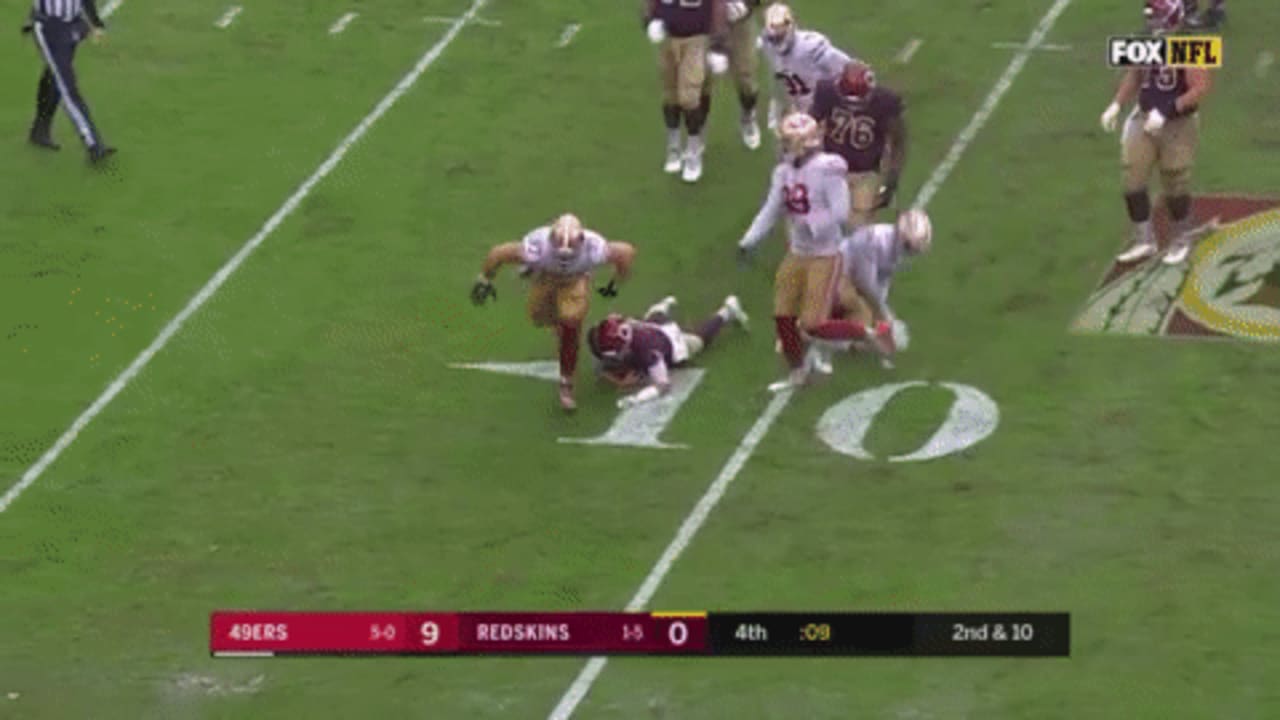 8. San Francisco’s first points of the game came on a Robbie Gould 28-yard field goal. Garoppolo and the 49ers ran an 8-play 67-yard drive that was highlighted by a 40-yard catch-and-run by Richie James Jr., followed by a 15-yard reception by Bourne. Bourne made several impressive catches on Sunday and finished the game with a team-high 69 yards on three receptions.

9. Garoppolo connected with George Kittle on multiple third-down throws, including a 17-yarder late in the third quarter to extend San Francisco’s drive. With Trent Taylor on Injured Reserve with a foot injury, Kittle appears to be his go-to target to move the chains. Kittle finished the contest with three receptions for 38 yards.

10. San Francisco’s defense held the Redskins to 50 net passing yards and 3-of-9 on third down. Sunday marked the 49ers third straight contest holding their opponent to under 200 total yards of offense.

11. Bosa solidified the Week 7 victory with a sack on Keenum as the clock hit zero. The entire defense joined the rookie with a victory slide on the field to cap off the win. Bosa finished the game with a team-high seven tackles, a quarterback hit and four tackles for loss to go along with the sack.