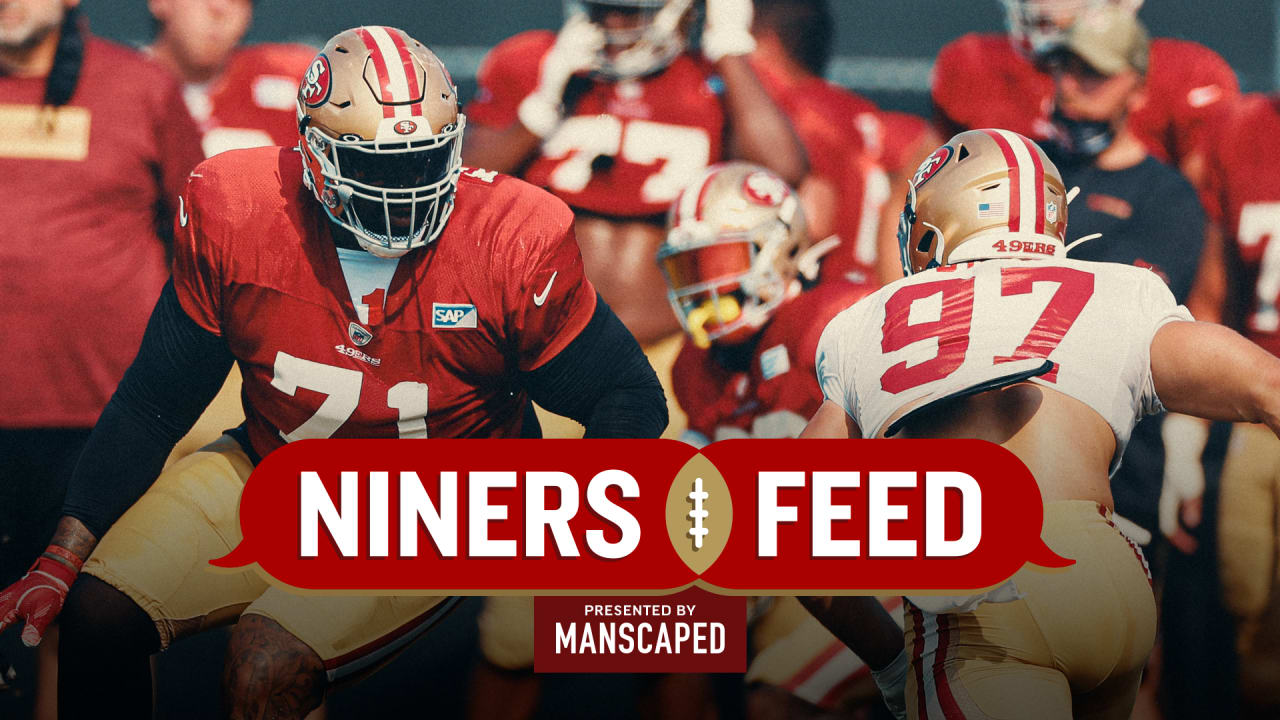 It’s no secret the San Francisco 49ers were ravished by injuries in 2020. During the team’s temporary stay in Arizona, general manager John Lynch peered into the adjacent suite filled with players and was reminded of the heap of talent, and dollars, no longer on the field.

“We got hit by it, not only in the quantity of people that got hurt, but the quality,” Lynch said earlier this week. “It looked like an All-Pro team. We need those guys on the field, not in the suite watching the game.”

Headlined by players like Jimmy Garoppolo, ﻿George Kittle﻿ and Nick Bosa﻿, the 49ers had a whopping total of 32 players who spent time at one point or another on the Injured Reserve list this season.

Of the players who did not finish out the 2020 season, nine are expected to become free agents (unrestricted, restricted or exclusive rights) in the coming months. Here’s a look at which players are set to return and their status heading into the 2021 season:

The 49ers anticipated Ansah to step in and help fill San Francisco’s void with injuries to both ﻿Nick Bosa﻿ and ﻿Dee Ford﻿. After being signed to the team in September, Ansah appeared in just two games before suffering a torn bicep that required season-ending surgery.

One of the biggest blows to San Francisco’s defense, Bosa suffered an ACL tear in Week 2, ending what was projected to be a promising sophomore campaign for the reigning Defensive Rookie of the Year. According to Lynch, the 49ers have kept in contact with Bosa throughout his recovery in Southern California, and so far, are pleased with his progress.

Ford was “optimistic” heading into the 2020 season after undergoing an “extensive clean up” procedure to correct his chronic knee condition. His promising second season in San Francisco was placed on hold after the pass rusher suffered a back injury following the Week 1 season opener that kept him sidelined for the remainder of the year. Considering the severity of neck and back injuries, the 49ers are uncertain if Ford will be ready by the start of the 2021 season and are looking for more “clarity” on his status.

With ﻿Weston Richburg﻿ spending the season on the Physically Unable to Perform list (PUP), Garland stepped in and played five games at center. Garland suffered a calf injury in Week 6 that kept him sidelined for the remainder of the season.

San Francisco’s starting quarterback suffered multiple high-ankle sprains throughout the season that kept him out of the lineup for nearly three quarters of the year. The most recent occurred in Week 8 against the Seattle Seahawks, a new and worsened sprain than the quarterback initially suffered in Week 2. The quarterback said although he’s not yet at “100 percent,” his ankle has progressed just the way he anticipated. Garoppolo finished the season appearing in six games and completing over 67 percent of his passes for 1,096 yards and seven touchdowns to five interceptions.

The 49ers undrafted running back was one of the standouts during training camp, earning a spot on the team’s practice squad. Hasty was promoted to the active roster in Week 3 following injuries to ﻿Raheem Mostert﻿ and ﻿Tevin Coleman﻿ and went on to appear in eight games while registering 148 yards on 39 carries and one touchdown. Hasty’s season was cut short after suffering a broken collarbone in Week 10.

The former third-round pick’s NFL debut was put on hold for another season after Hurd tore his ACL on the second day of padded training camp practices while working on the sidelines with trainers.

Mostert dealt with a number of injuries that marred his favorable season in San Francisco as the 49ers go-to back. Mostert missed a total of eight games this season to injury, the most recent, a high-ankle sprain suffered in the 49ers Week 15 matchup against the Dallas Cowboys. Mostert finished the year recording 521 rushing yards on 104 carries and two touchdowns to add to 156 yards receiving on 16 catches and another score.

With injuries to Garoppolo, Mullens was the first in line to take snaps at quarterback. Mullens appeared in 10 games (eight starts) and completed just under 65 percent of his passes for 2,437 yards and 12 touchdowns to 12 interceptions. The quarterback suffered a season-ending elbow injury in the final minutes of the Week 15 contest against the Cowboys.

The sixth-year safety appeared in seven games and registered 30 total tackles, one for loss, four passes defended and an interception in 2020. His season was cut short after being placed on Injured Reserve with a season-ending turf-toe injury suffered during the 49ers Week 9 loss to the Green Bay Packers.

Taylor stepped in admirably at the nickel corner position with ﻿K’Waun Williams﻿ missing games to injury. He went on to appear in eight games (three starts) and registered 22 total tackles, two for loss, three forced fumbles, two interceptions and a sack during that span. Taylor suffered a torn ACL in the 49ers Week 12 win over the Los Angeles Rams.

San Francisco was optimistic on Thomas’ fourth season with San Francisco who showed flashes throughout his career. Just a few plays after the 49ers lost Bosa to an ACL injury in Week 2, Thomas’ season also came to an end with the same injury. After declining his fifth-year option, Thomas is a pending free agent heading into this offseason.

Thompson was placed on Injured Reserve in August with an undisclosed injury. The wide receiver hasn’t played an NFL game since 2017 with the Houston Texans, where he appeared in 13 games and caught five receptions for 84 yards.

The 49ers signed Webster from the Miami Dolphins practice squad in Week 2. He appeared in nine games and recorded a forced fumble and fumble recovery. Webster suffered a hamstring injury in the 49ers Week 12 contest against the Rams after replacing Taylor at slot corner.

After missing the 2019 campaign following a dispute with the Washington Football Team, Williams returned to the top of his game in his first season with the 49ers. Williams did not allow a sack in nine-straight games to close out the season. His PFF 91.8 run block grade is the best of any tackle in the league this season and aided in earning him his eighth Pro Bowl nod this season. Williams suffered an elbow sprain in Week 16 that placed him on Injured Reserve.

The 49ers exchanged picks and received Willis in a trade with the New York Jets amid San Francisco’s series of injuries. The former Cincinnati Bengals third-round pick appeared in seven games in San Francisco and registered 2.5 sacks, five quarterback hits and 13 total tackles, two for loss. He was placed on Injured Reserve after suffering an ankle injury in the 49ers Week 16 contest against the Cardinals. Willis is set to be an unrestricted free agent in March.