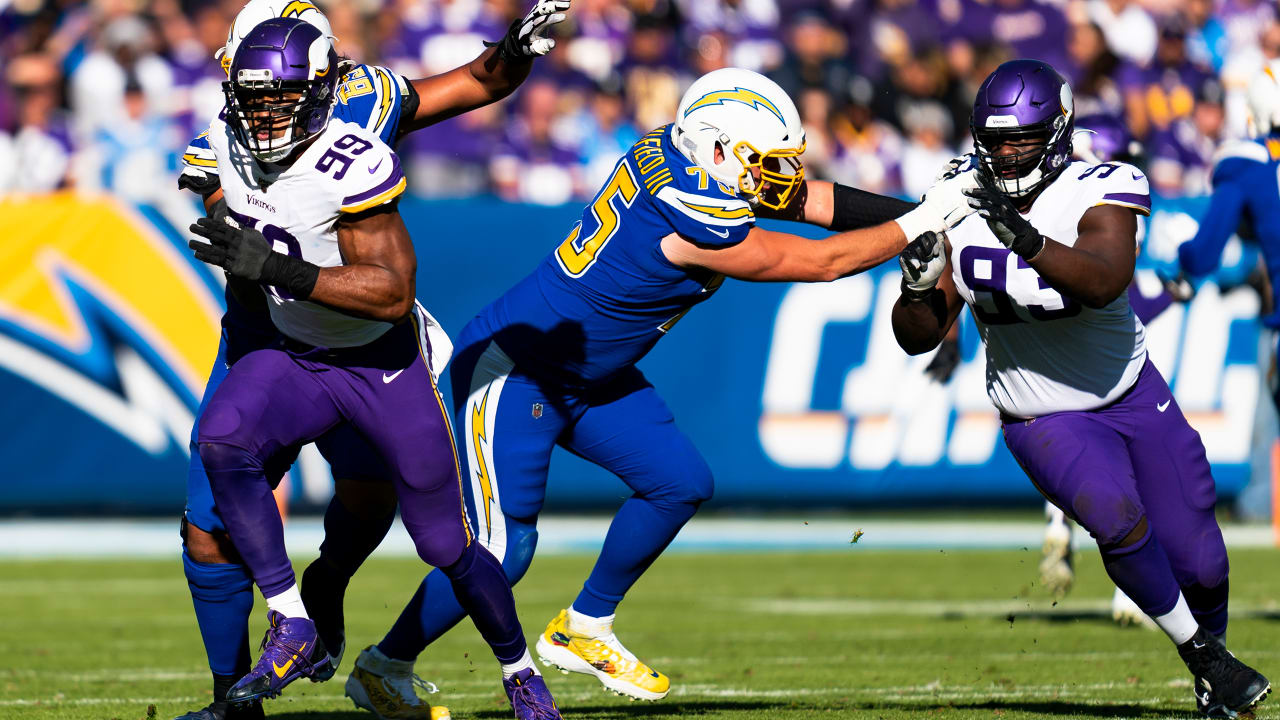 If Hunter and Pierce return and play to their capabilities, one of the Vikings weakest position groups in 2020 could turn into one of their strongest for the upcoming season.

“I think those two would help for sure,” Spielman said. “That’s almost like adding two free agents to this year’s class.”

But other moves could be made too as the Vikings look to revamp a defensive line that struggled both against the run and to get to the opposing quarterback in 2020. Some players who saw an increased role in 2020 couldn’t meet the challenge and might not return.

And based on Vikings Head Coach Mike Zimmer’s comments after the 2020 season, it’s a safe bet to assume the Vikings will prioritize their defensive line in both free agency and the draft.

“We’ve had Brian Robison line up in there and rush the passer, Stephen Weatherly or a whole bunch of different guys that can do different things,” Zimmer added. “So we need people that can rush the quarterback.”

WHO’S POTENTIALLY OUT THERE?

Defensive linemen (and edge rushers) make up quite a group this spring, as this collection of talent accounts for nearly 30 percent of Rosenthal’s list, which was updated this week after organizations announced franchise tags or contract extensions to keep players from hitting the market. Those ranked high atop his list could demand big bucks, but those toward the bottom could be impacted by a reduced salary cap.

This is where the Vikings could come in, as Minnesota could look to sign a veteran or two who falls into the mid-tier or lower in free agency depending on what the team decides to do with their own free agents.

Short was initially No. 99 on Rosenthal’s list, but he moved up to 88 in the update, which ushered a former Lion (Hyder) and Viking (Griffen) and potentially former Bear (Robertson-Harris) to the top 101.