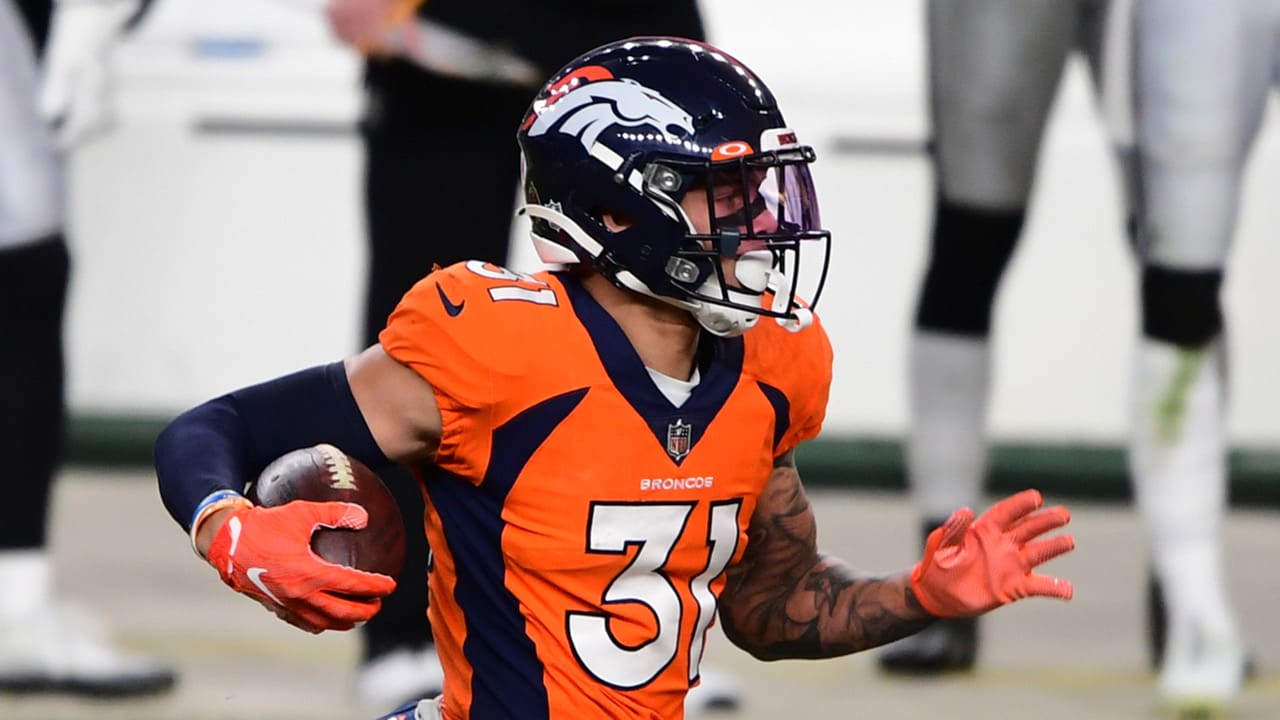 ENGLEWOOD, Colo. — On March 17, the new NFL league year will begin, and teams will be able to finalize contracts with free agents around the league in attempts to bolster their rosters.

In his introductory press conference, General Manager George Paton vowed the Broncos would be aggressive — but not reckless — and explore every option to improve the team. While Paton also said the draft would be the “lifeblood” of the football team, it’s likely the Broncos will supplement those efforts at least in part through free agency.

Free agency, though, is about more than signing new players to join your squad. It’s also about retaining your own talented players — and Denver has several that could become free agents in mid-March.

In the coming days, we’ll look at the top free-agent talent that could be available on the open market. But first, let’s take a look at Denver’s own roster.

Unrestricted free agents are permitted to sign with any team when the new league year begins.

Justin Simmons is clearly the highest-profile player on the team’s roster that could hit free agency in March. A second-team All-Pro in 2019, Simmons earned Pro Bowl honors for the first time in 2020 after a five-interception season. Simmons played under the franchise tag in 2020, and the team could choose to use the tag again, as the window opened on Tuesday. The Broncos have until March 9 to decide if they wanted to tag Simmons or another player. The team would then have until July 15 to work out a long-term deal with that player, or else the player would need to play the 2021 season on the tag.

Simmons is one of four players in this category who started a significant number of games in 2021. Shelby Harris recorded 2.5 sacks, seven passes defensed, 32 tackles and 11 quarterback hits in 11 games, while Elijah Wilkinson and Demar Dotson shared time at right tackle during various points of the season.

Jeremiah Attaochu was a key reserve with five sacks in 13 games, and Joe Jones has been a core special teams player over the previous few seasons for Denver.

DeMarcus Walker, a second-round pick in 2017, is poised to have his rookie contract expire.

Restricted free agents may be tendered by their existing team. Teams may choose between a first-, second- or late-round tender to place on a player. If a player receives a tender, other teams may still negotiate with them. If another team chooses to extend an offer sheet, the Broncos would have the chance to either match that offer or receive the corresponding pick associated with the tender from the other team. Teams receive compensation if a team signs away a player who has received a first- or second-round tender, not a player who has received a late-round tender. Denver last had another team try to poach a tendered RFA in 2016, when the Dolphins signed C.J. Anderson to an offer sheet. Denver matched the offer and retained Anderson’s rights.

The Broncos have three starters from 2020 who will be restricted free agents and must be tendered ahead of the new league year. Tim Patrick enjoyed a breakout year in Courtland Sutton’s absence as he caught 51 passes for 742 yards and six touchdown passes in an increased role. His career totals prior to 2020 were 39 catches for 533 yards and a touchdown, which speaks to how much of an impact he made last season. Head Coach Vic Fangio spoke highly of Patrick late in the season, saying that Patrick will “never be on the [roster] bubble.”

Alexander Johnson, meanwhile, started all 16 games at inside linebacker and tallied 124 tackles, two passes defensed, two forced fumbles, a sack, four tackles for loss and five quarterback hits. Josey Jewell remains under contract in 2021, but the Broncos would need to find a new starter at inside linebacker if they move on from Johnson.

Lindsay, the only Pro Bowler among this group, may be the most interesting player to watch in this category. He started eight games, but after two 1,000-yard seasons to start his career, his output dipped to 502 rushing yards and one touchdown. He also missed five games due to injury.

Exclusive rights free agents may only be tendered by their current team and are not eligible to negotiate with other teams.

Diontae Spencer made his mark in 2020 when he became the first Broncos to return a punt for a touchdown since 2015. He earned AFC Special Teams Player of the Week honors for that return, and he averaged 15.8 yards per return on the season. He appeared in 11 games in his second year in Denver.

Calvin Anderson started a pair of games last season when forced into action because of injuries along the offensive line, while Marshall is a reserve safety who contributed largely as a special teamer in 2020.