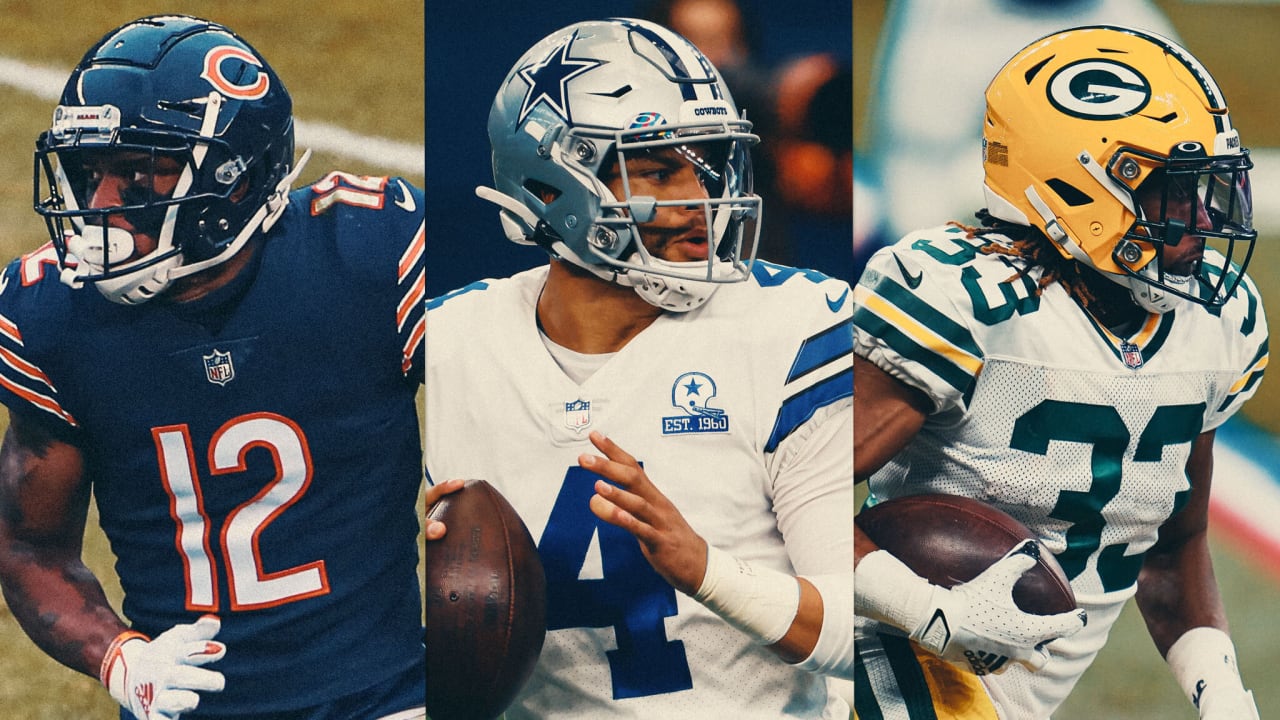 The NFL calendar continues to inch towards the commencement of the new league year on March 17, which also signifies the start of free agency. As discussed before, the 49ers have a number of decisions to make over the next few weeks as the team entered the offseason with a whopping 38 players set to hit the open market.

Conversely, a number of players around the league with expiring contracts will be made available to seek employment elsewhere, some who could be ideal fits with the San Francisco 49ers. Last year, the 49ers saw value in adding defensive end Kerry Hyder Jr. in free agency, who led the team with 8.5 sacks and also posted career highs in quarterback hits (18) and tackles (49) last season.

Take a look at 25 of the top free agents according to NFL.com, their free agency status, along with a note on their production in 2020.

Prescott suffered a gruesome injury in the Cowboys Week 5 victory over the New York Giants that required two ankle surgeries. Prior to his season-ending injury, Prescott completed a career-high 68.0 percent of his passes for over 1,850 yards and nine touchdowns through five games.

Williams returned to the top of his game in his first season with the 49ers after missing the entire 2019 campaign with the Washington Football Team. He appeared in 14 games in 2020 and earned Pro Football Focus’ top grade of any tackle in the league, aiding him to his eighth-career Pro Bowl nod.

The veteran wideout appeared in all 16 games in 2020 and posted 1,250 yards receiving on 102 receptions (12.3 yards per reception) and hauled in six touchdowns on the season. Robinson’s 2,397 receiving yards over the last two seasons ranks third among all NFL wide receivers behind only Stefon Diggs and DeAndre Hopkins.

Williams is coming off a career year in New York, posting 11.5 sacks and 30 quarterback hits, which ranked third in the league in 2020.

Coming off of a Pro Bowl season, Simmons played every snap in Denver for the third-consecutive season. The veteran safety registered 96 total tackles, 77 solo, three tackles for loss, nine passes defended, a career-high five interceptions and a fumble recovery in 2020.

While battling through injuries in 2020, Godwin appeared in 12 regular-season contests and caught 65 passes for 840 yards and seven touchdowns. He added 232 yards on 16 receptions and a score in the postseason.

Barrett recorded eight sacks and 16 quarterback hits to add to three passes defended and two forced fumbles in 2020. But the edge rusher made the biggest impact in the postseason, posting four sacks and eight quarterback hits over Tampa’s final two games.

The former second-round pick has been regarded as one of the best right tackles in the league. According to Pro Football Focus, Moton allowed just 20 total pressures across his 16 games of action and gave up just three sacks on the year, earning an 81.2 overall grade.

Being named to his fourth Pro Bowl in six seasons, Scherff is coming off one of his best outings in Washington, surrendering only 21 total pressures across nearly 600 pass-blocking snaps, according to PFF.

Dupree was limited to 11 games in 2020 after suffering a late-season torn ACL, but still managed to record eight sacks, 15 quarterback hits, two passes defended and two forced fumbles during that span.

Hendrickson had a breakout season in New Orleans, appearing in 15 contests and registering a team-high 13.5 sacks, tied for second in the NFL along with Los Angeles Rams pass rusher Aaron Donald.

Lawson finished the year fourth in pressures (64) and second in quarterback hits (24) among edge rushers, according to PFF. He also registered 5.5 sacks on the season.

Golladay only appeared in five games in 2020 due to a hip injury, and posted 338 yards and two touchdowns on 20 receptions.

In his lone season in Tennessee, Clowney was limited to just eight games after undergoing season-ending knee surgery.

Heading into the season, Thuney had never missed a snap in four seasons. That streak continued in 2020. Per PFF, Thuney ranks in the 83rd percentile in overall pass-blocking grade since entering the league in 2016.

Judon recorded six sacks and two passes defended in 2020, along with 21 quarterback hits, tied for 11th most in the league.

Spending time with the Minnesota Vikings before being traded to the Baltimore Ravens, Ngakoue played in 15 games and recorded 8.0 sacks, 11 quarterback hits, 23 solo tackles, seven for loss and four forced fumbles.

The former 2016 first-round pick played in 11 games in 2020 and is coming off of a career year where he posted 53 receptions for 879 yards (16.6 yards per reception) and eight touchdowns in Houston.

As a backup behind Drew Brees in his first year in New Orleans, Winston only appeared in four games and made zero starts in 2020.

Samuel topped 1,000 yards from scrimmage for the first time in his career in 2020, hauling in 77 receptions for 851 yards and three touchdowns to add to 200 yards rushing and another two scores on the season.

Entering free agency at just 24 years old, Smith-Schuster is coming off of a 97-catch, 831-yard and nine-touchdown performance in 2020.

In his first season under head coach Bill Belichick, Newton completed 65.8 percent of his passes for 2,657 yards and eight touchdowns to 10 interceptions. He also added 592 yards on the ground and 12 rushing touchdowns on the year.