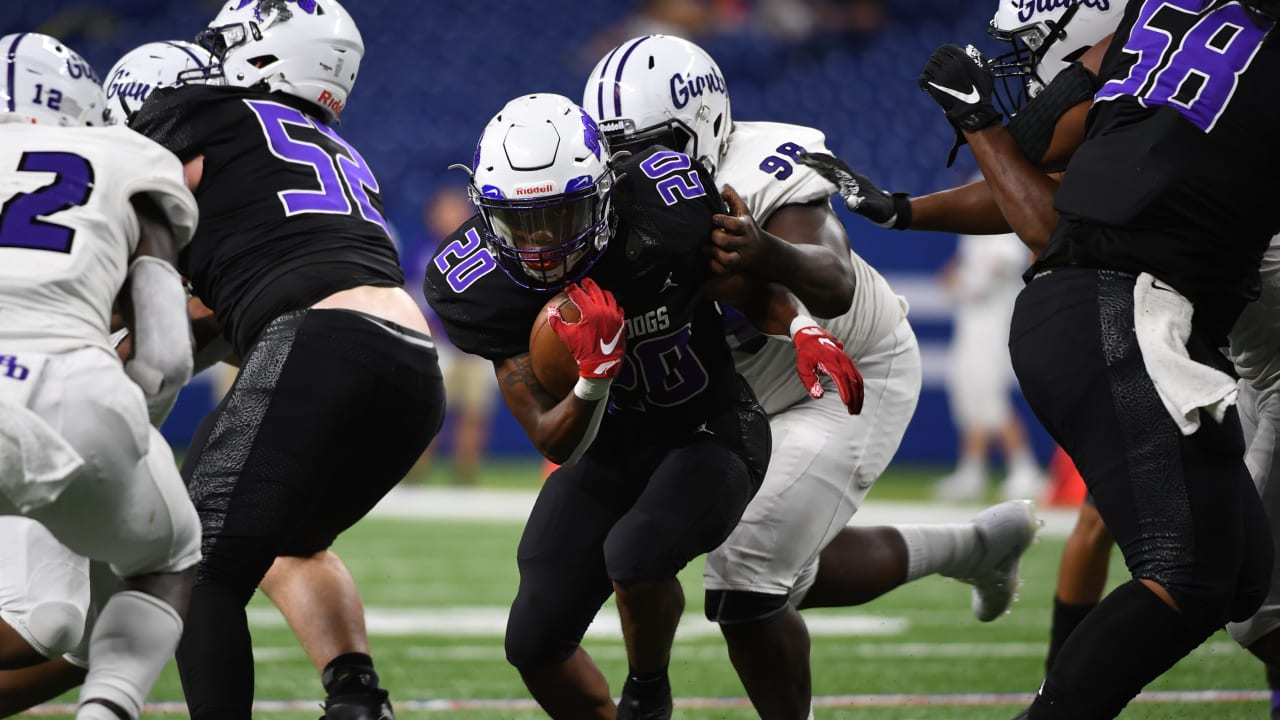 The Evansville Vanderburgh School Corporation Foundation has announced a campaign to name Evansville Central High School’s football field after Mike Owen to honor his longtime commitment to the success of young people at Central and in the Evansville community. Mike Owen (1953-2019) lived as a servant leader in public education, mentoring thousands of young people through his 42-year coaching and teaching career at Central. Owen is the son of two Evansville-renowned coaches (Archie and Louise Owen).

Friday’s contest between Clinton Central and Sheridan features Larry “Bud” Wright (Sheridan) and George Gilbert (Clinton Central), who have 96 years of coaching experience and 657 victories between them.

Noblesville sophomore Logan Shoffner established a new school-record with 347 yards rushing and four touchdowns on 17 carries in the Millers’ 57-36 over Mount Vernon (Fortville).

Covington senior quarterback Alan Karrfalt was 44-of-62 for 544 yards with eight touchdowns passes and ran for another score in the Trojans’ 62-56 win over South Vermillion.

Defending Class 1A state champ Covenant Christian had its 15-game winning streak snapped with a 26-21 loss to Speedway.

Crawford County snapped an 11-game losing streak with a 33-6 win over Switzerland County.

Hagerstown had its 11-game losing skid come to an end with a 45-6 win over Knightstown.

Evansville Bosse ended its 10-game losing streak with a 16-14 win over Vincennes Lincoln.

Jay County snapped its 10-game losing skid with a 33-6 decision over Blackford.

Western Boone has come up with eight consecutive victories.

Rushville has a 15-game losing skid.

Cloverdale and Lawrence Central have lost 13 games in a row.

Benton Central and Crawfordsville have a 12-game losing streak.

Eastern (Pekin) and Lake Station have an 11-game losing streak.

Clarksville, East Chicago Central, and Frankton have dropped seven games in a row.

Pioneer has come out on top in 42 straight Hoosier North Conference games.