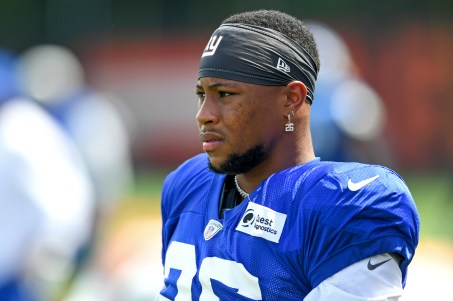 The Giants have a lot of new faces on their roster, especially on offense. Fans will be eager to see them all on Sunday but may be disappointed as many of them have not been practicing in full all summer.

On offense, first-round draft pick Kadarius Toney and prize free agent Kenny Golladay have both been nursing hamstrings and have been limited.

Tight end Evan Engram (calf) is out. He will be replaced by free agent Kyle Rudolph, who has all been limited this summer with a foot issue. The Giants’ third tight end, Kaden Smith, is dealing with a knee issue.

Running back Saquon Barkley (knee) remains questionable and left tackle Andrew Thomas has been going through an ankle issue but is expected to play.

For the Broncos, outside linebacker Bradley Chubb (ankle) is questionable.