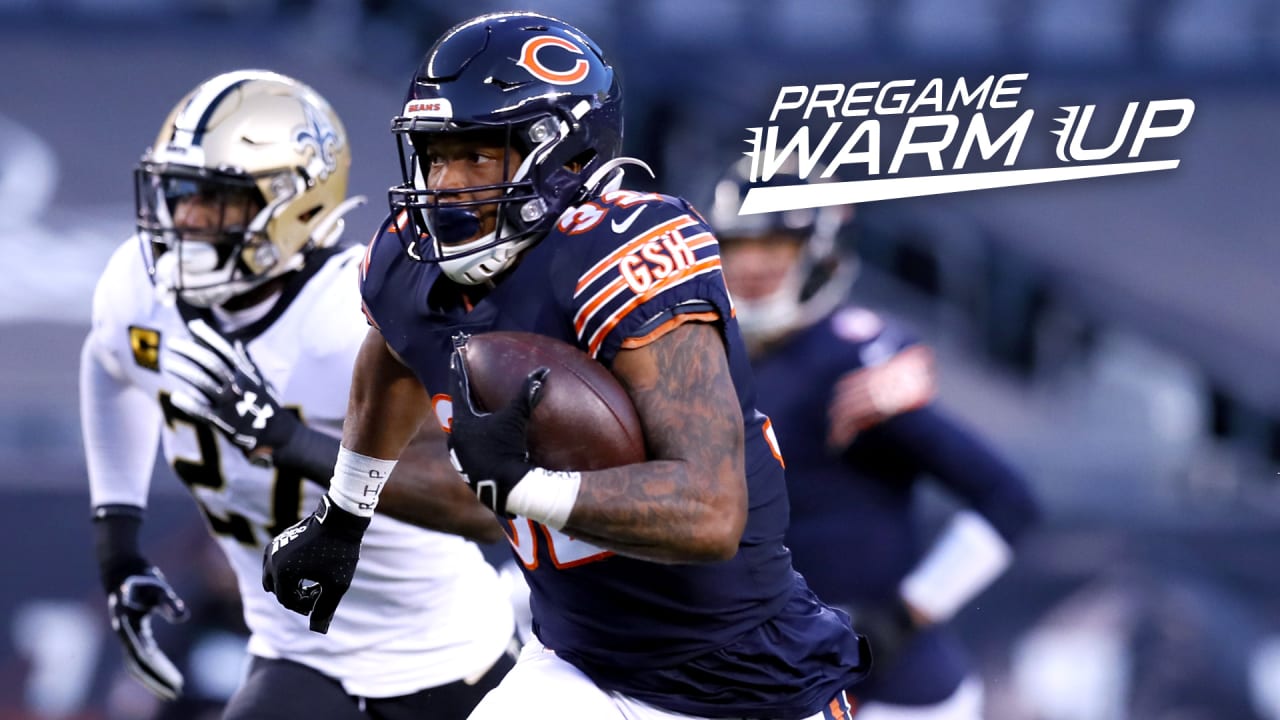 The Saints’ Sean Payton and Drew Brees have formed one of the greatest coach-quarterback tandems in NFL history. Together in New Orleans since 2006, they won the Super Bowl in 2009 and this year produced their eighth division title and ninth double digit-winning season. But that doesn’t mean that a Saints win Sunday is guaranteed. Like Nagy said, anything can happen. New Orleans has actually lost its last two home playoff games, an overtime heartbreaker to the Vikings in the wild card round last year and an infamous defeat to the Rams in the 2018 NFC title game when a late blatant pass interference penalty was not called.

Further proof there are no guarantees came in mid-December when the winless Jets stunned the Rams in Los Angeles and the struggling Bengals upset the Steelers in Pittsburgh on the same weekend.

“For us in our building, when you believe in each other like we do, we understand that [anything can happen],” Nagy said. “So the only thing we can do is keep believing in each other and know that it’s a new season and play to the best product that we can put out there on Sunday against this football team of the Saints that’s playing really well. We understand people have opinions, but at the same time, we’re going to do what we know, and that’s to believe in one another and play hard for each other.”

(2) Will the Bears defense revert to the form it displayed during the first half of the season?

The defense allowed just nine touchdowns in the first six games of the year, helping the Bears open with a 5-1 record. In the last six contests, however, the defense has permitted 21 TDs. The decline has been especially significant in two key areas: After ranking first in the NFL in both red-zone touchdown percentage and third-down efficiency over their first eight games, the Bears ranked 31st in both categories over their final eight contests.

In a 26-23 overtime loss to the Saints Nov. 1 at Soldier Field, the defense limited New Orleans to 2-of-13 on third-down plays (15 percent) and just one touchdown on four trips inside-the-20. During the past week, coordinator Chuck Pagano played video clips of that performance for his players. “We showed 20 clips from the first game we played against these guys,” Pagano said. “Obviously, we showed a lot of good ones. And guys doing their job in those critical situations—third-down situations, red-area situations. They made those plays. In the games that we’ve struggled, we haven’t made those.”

Unfortunately, that was the case last Sunday in a 35-16 loss to the Packers in the regular-season finale at Soldier Field. Star quarterback Aaron Rodgers uncharacteristically threw three passes that could have been intercepted. But safety Eddie Jackson, outside linebacker Barkevious Mingo and rookie cornerback Kindle Vildor all failed to catch the ball.

Pagano knows that the Bears must do a much better job of taking advantage of their opportunities Sunday in New Orleans. “In order to go down there and play and beat this team, our guys, our game-wreckers, our five-stars have to play that way,” Pagano said. “Our four-stars, our three-stars, everybody has to play to their ability. And I’ve got to do my job. And I have to do it better. And then it’s everybody, just really simple, just prepare and know the plan inside and out, and 100 percent effort on every snap and do your job.”

(3) Will a revitalized Bears offense solve the red-zone issues it experienced in last week’s loss to the Packers?

After making key changes during their bye week in November, the Bears experienced an offensive resurgence. In six games since Mitchell Trubisky was reinstalled as the starting quarterback and the offensive line was reconfigured, they’ve scored 20 touchdowns and averaged 30.2 points and 382.2 yards per contest. In the seven games that preceded the bye, the offense mustered just nine TDs and averaged 16.7 points and 272.1 yards per contest.

The Bears had scored at least 30 points in four straight games for the first time since 1965 going into last Sunday’s regular-season finale. But they managed only 16 points versus Green Bay, generating just one touchdown on five red-zone drives. The Bears took a 7-0 lead on the game’s opening possession on David Montgomery’s 2-yard TD run. But they failed to get in the end zone again the rest of the game. On their next three red-zone trips, they were forced to settle for field goals after stalling at the Packers’ 12, 9 and 2.

“The biggest thing for us is just being as locked into the game plan as we can and try to execute it to the best of our ability,” said receiver Allen Robinson II. “We want to score [a touchdown] every time we get into the red zone.”

Trubisky believes that red-zone success depends on game-planning and execution. “We’ve got to have some really good plays in this week versus what they show in their red-zone [defense] and kind of see on film what we think we can exploit or where we have our good matchups,” Trubisky said. “It comes down to getting your playmakers the ball. We’ve just got to get our playmakers the ball down in the red zone and give them a chance to either make catches or have good run plays down in the red zone where we have the best chance of scoring.”

(4) Will the Bears defense be able to contain one of the league’s most explosive offenses?

The Saints are one of five NFL teams that averaged more than 30 points per game this season. They’re led by Brees, a future Hall of Famer who is the league’s all-time passing leader with 80,358 yards. He’s won his last five games against the Bears (since 2011), completing 78.0 percent of his passes and throwing for an average of 302.4 yards with 10 TDs, no interceptions and a 121.1 passer rating.

Not that Brees needs any help, but two of his All-Pro teammates are set to return to face the Bears. On Saturday, New Orleans activated running back Alvin Kamara from the reserve/COVID-19 list and receiver Michael Thomas off injured reserve. Kamara tested positive for COVID-19 last week and missed the Saints’ regular-season finale last Sunday, while Thomas returns after sitting out the last three contests with an ankle injury.

Kamara is a dual threat who led the NFL with 21 touchdowns this season. He ranked third in yards from scrimmage, rushing for 932 yards and 16 TDs on 187 carries and catching 83 passes for 756 yards and five TDs. In his last game in Week 16, Kamara tied an NFL record with six rushing touchdowns in a win over the Vikings. In the Saints’ Week 8 victory over the Bears, Kamara rushed for 67 yards on 12 carries and caught nine passes for 96 yards.

“He’s a generational back,” Pagano said. “He does everything really, really good. You’ve got to have a bunch of eyes on this guy. Alvin’s just a tremendous all-around back. It’s going to be all hands on deck to try to control him. That’s what we’ve been talking about, is control him, because I don’t think you can shut him down. I thought we did a decent job in the first game. We didn’t execute on a couple of plays and he got out on us a couple of times. But for the most part, I think our guys did a nice job controlling him. So again, it’ll take a total team effort to handle him.”