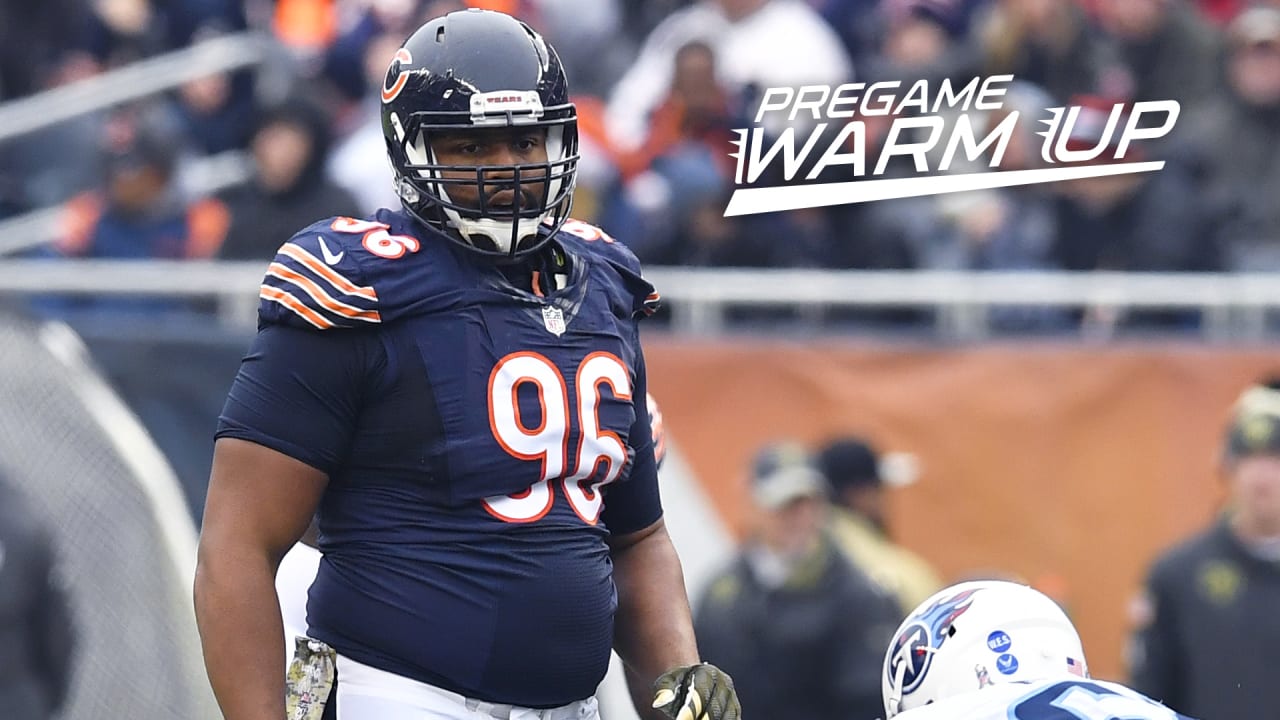 Rashaad Coward is expected to make his fourth straight start in place of Daniels at left guard, but the replacements at center and right tackle are unknown because the top backups at those positions are unavailable. Sam Mustipher replaced Whitehair in last weekend’s loss to the Saints but suffered a knee injury that will sideline him for Sunday’s game in Tennessee. And backup right tackle Jason Spriggs was placed on the reserve/COVID-19 list this week after starting versus the Saints.

The only other offensive linemen currently on the Bears’ 53-man roster are first-year pro Alex Bars and rookie seventh-round draft picks Arlington Hambright and Lachavious Simmons. Linemen on the practice squad are Dieter Eiselen, Aaron Neary and Badara Traore.

With the Bears having to rely on inexperienced linemen Sunday, they intend to simplify assignments for the young players. “We’ll do everything we can to make sure that they can play fast,” said coach Matt Nagy. “Simplifying things and allowing them to play fast is something that we’ll do. If there’s something in there that’s too much, then we can’t do that.”

(2) Will the Bears offense build on some of the positives in last Sunday’s loss to the Saints and improve in key areas?

Against New Orleans, the Bears produced their longest pass play of the season, a 50-yarder from Nick Foles to Darnell Mooney, and their longest rush by a running back, David Montgomery’s 38-yard run. They also rushed for 96 yards after averaging 43.8 yards on the ground in their previous three games. But as has been the case most of the season, they were hurt by self-inflicted errors—most notably a costly interception, key penalties and dropped passes on back-to-back plays in overtime.

The Bears head to Tennessee determined to break out of a prolonged slump on offense. With just seven offensive touchdowns in the last five games, the Bears have averaged 17.4 points over that span without scoring more than 23 points in any game. The offense entered Week 9 ranked 28th in the NFL in points and 29th in total yards.

The Bears will face a Titans defense that ranks 18th in the league in points allowed, 25th in yards, 32nd in third-down efficiency and 30th in red-zone touchdown percentage. Tennessee has permitted at least 30 points in four of its seven games this season, including last Sunday in a surprising 31-20 loss in Cincinnati. In that game, Bengals rookie quarterback Joe Burrow threw for 249 yards and two touchdowns in posting a 106.7 passer rating.

(3) Will the Bears defense be able to contain Derrick Henry?

Unlike any other NFL running back because of his unique combination of size, strength and speed, the 6-3, 247-pound Henry is chiseled like a defensive end and runs like a fleet receiver. “He’s huge,” said Bears safety Tashaun Gipson Sr. “But the scary thing about it is that he’s probably one of the fastest guys on the field as well, so that’s what makes it more challenging. That’s what makes it more dangerous, because the guy can flat-out fly on top of having a 240-250-pound frame.”

Henry enters Week 9 leading the NFL in rushing with 775 yards and eight touchdowns on 161 carries. He has four 100-yard games this season—including a 212-yard performance in a win over the Texans—and has scored a touchdown in each of the last five contests. Henry topped the league in all rushing categories last season with 1,540 yards and 16 TDs on 303 attempts, earning his first trip to the Pro Bowl.

Asked about the key to containing Henry, Gipson said: “You know how you chop a tree down? You’ve got to go low. I think that he’s the best running back in football right now. The biggest thing is you’ve got to get hats to the ball. Two is greater than one. The more that you can get swarming, the better the outcome can be. You see certain teams have success against them when they were able to get hats to the ball.”

(4) Will the Bears defense be able to limit quarterback Ryan Tannehill?

While Henry is dangerous with the ball in his hands, the Titans offense is far from a one-dimensional attack. Tannehill emerged as a star last season, earning his first career Pro Bowl invitation after leading the NFL with a 117.5 passer rating. This year he ranks fifth in the league with a 109.8 rating that is the highest of any passer the Bears have faced this season. (The Saints’ Drew Brees is seventh at 106.5). Tannehill has thrown for 1,823 yards with 17 touchdowns and three interceptions.

“He’s doing a great job of managing that offense and orchestrating it,” said Bears defensive coordinator Chuck Pagano. “He’s been very, very efficient. It’s going to be a huge challenge for us on defense. He’s playing with a ton of confidence. He’s got a lot of great weapons around him, and when you can run the ball the way they run the ball with Henry, it takes all the pressure off [Tannehill]. Then they move him, they’ll bootleg him some. He’s athletic. He can beat you not only with his arms but his legs as well.”

Tannehill has thrown at least two touchdown passes in six of seven games this season, including his last four in a row. In those four contests he’s passed for 11 TDs and two interceptions. Tennessee’s top receivers are Corey Davis (29 receptions for 369 yards and three touchdowns) and A.J. Brown (27-356-5).