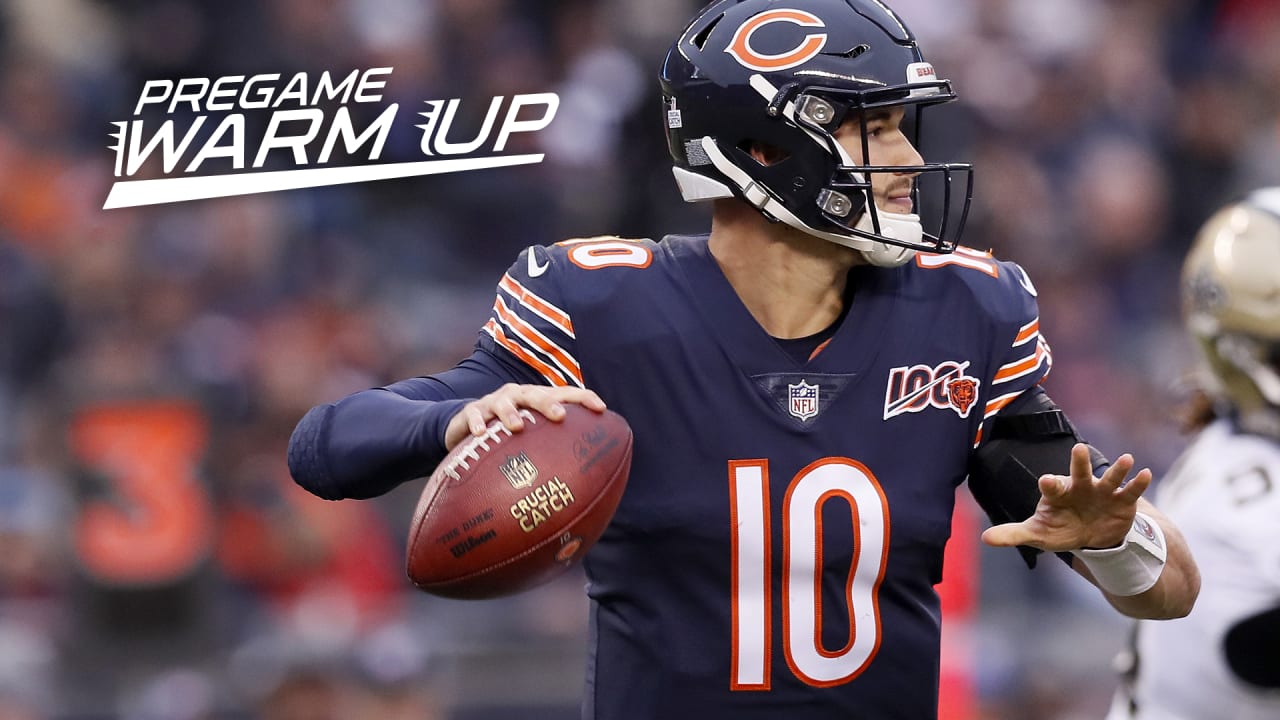 (2) Will the Bears get more out of their running game?

The Bears ran the ball just seven times against the Saints—the fewest rushing attempts in a game in franchise history—while Trubisky threw 54 passes. The next day, Nagy vowed to be more balanced on offense. “I know we need to run the ball more,” he said. “I’m not an idiot. I realize that. Seven rushes, I totally understand that.”

The Bears not only need to run the ball more often but more effectively as well. They entered Week 8 ranked 28th in the NFL in yards per game (70.0) and yards per carry (3.4). And they’ve failed to record a run of at least 10 yards on their last 62 attempts dating back to rookie David Montgomery’s 25-yard scamper in the fourth quarter of a Week 3 Monday night road win over the Redskins.

The Bears are hoping that a more balanced offense enables them to sustain drives, make their play-action passes more effective and increase their time of possession, keeping their defense off the field and well-rested.

The Bears are 2-0 when they rush for at least 75 yards this season and 1-3 when they don’t. On Sunday, they’ll face a Chargers defense that is tied for 21st in the NFL against the run and will play without injured starting tackles Justin Jones (shoulder) and Brandon Mebane (knee).

(3) Will the Bears defense revert to form after poor performances in back-to-back losses to the Raiders and Saints?

After limiting NFL leading rusher Dalvin Cook to 35 yards on 14 carries in an impressive 16-6 win over the Vikings Sept. 29 at Soldier Field, the Bears defense has been gashed on the ground. The unit has allowed 169 and 151 yards in its last two games after permitting 47, 90, 69 and 40 yards in its first four contests.

The defense performed well in the first half against the Saints but withered in the second half while spending nearly 20 of the 30 minutes on the field.

The only touchdown the Bears allowed in the first half came after the Saints had taken over at the Chicago 24 following a turnover. But it all unraveled in the second half. With the Bears offense unable to sustain possessions, the defense allowed touchdown drives of 75 and 76 yards. The defense ended up yielding 424 yards and 24 first downs while permitting a short-handed Saints offense to convert 7-of-15 third-down plays.

The defense will be challenged Sunday by a Chargers offense that features veteran quarterback Philip Rivers. The 16-year veteran has completed 66.3 percent of his passes for 2,114 yards with 11 touchdowns, six interceptions and a 93.5 passer rating.

(4) Will the Bears be able to take advantage of an opponent that has struggled this season and suffered a difficult loss last Sunday?

The Chargers (2-5) have lost three straight after a 2-2 start. Last Sunday they dropped a heartbreaker 23-20 to the Titans in Tennessee. It appeared Los Angeles had twice scored the go-ahead touchdown in the final seconds, but both times the play was reversed after a replay review and the ball was placed at the 1-yard line. Melvin Gordon then lost a fumble on second-and-goal from the 1 with just :15 remaining.

They’ve also lost to sub-par quarterbacks of late. Last Sunday they allowed the Titans’ Ryan Tannehill to complete 23 of 29 passes for 329 yards and two touchdowns. The week before the Steelers’ Devlin Hodges connected on 15 of 20 passes for 132 yards and a TD in a 24-17 loss to Pittsburgh.