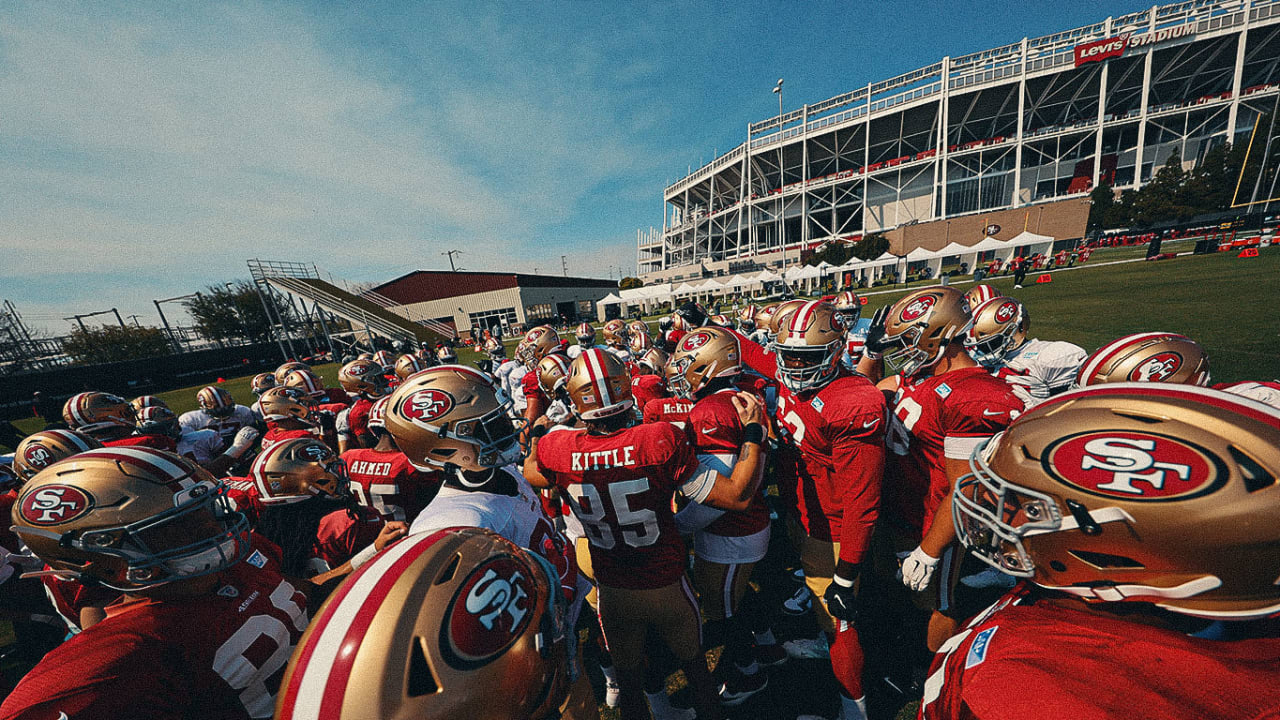 With the NFL Draft now in the rearview, the calendar is inching closer to football. On Thursday, the league released the dates and times for all 32 clubs’ offseason workout programs, including when the 49ers are set to return to the SAP Performance Facility.

As per Article 21 of the NFL and NFLPA Collective Bargaining Agreement, the voluntary nine-week offseason program is conducted in three phases. Here’s what OTAs will look like in 2021, per NFL.com:

Phase One (April 19-May 14) has been extended from its customary two-week period to four weeks, with activities limited to strength and conditioning, virtual meetings and physical rehabilitation only.

Phase Two (May 17-21) has been shortened from three weeks to one week. On-field workouts may include individual player instruction and drills, “perfect play” drills, drills and plays conducted with offensive players lining up across from offensive players and defensive players lining up across from defensive players, with each group permitted to align eleven or fewer players across from eleven or fewer players. Players on one side of the ball may execute a play, but players on the opposite side of the ball may not initiate contact with, or attempt to impede the progress of, players who are running the play. All such drills must be conducted at an acceptable walkthrough pace (i.e. Pro Bowl practice).

Phase Three (May 24-June 18) remains its customary four weeks in length. Beginning in Phase Three, clubs may conduct in-person meetings and classroom instruction subject to COVID-19 testing cadence, tracking, facility access and other protocols. During Phase Three, teams may conduct a total of 10 days of organized team practice activity, or “OTAs”. No live contact is permitted, but 7-on-7, 9-on-7 and 11-on-11 drills are permitted.

According to the Collective Bargaining Agreement, clubs may hold one mandatory minicamp for veteran players which occurs during Phase Three of the offseason program.

As for the 49ers, San Francisco will host their eight draft picks and undrafted first-year players for rookie minicamp May 14-16.

The team will close out their offseason program with a mandatory minicamp from June 15-17 before breaking for the summer.

Training camp dates will be released in the coming weeks. Updates and news from the 49ers offseason workout program will be available on 49ers.com and the 49ers social channels.