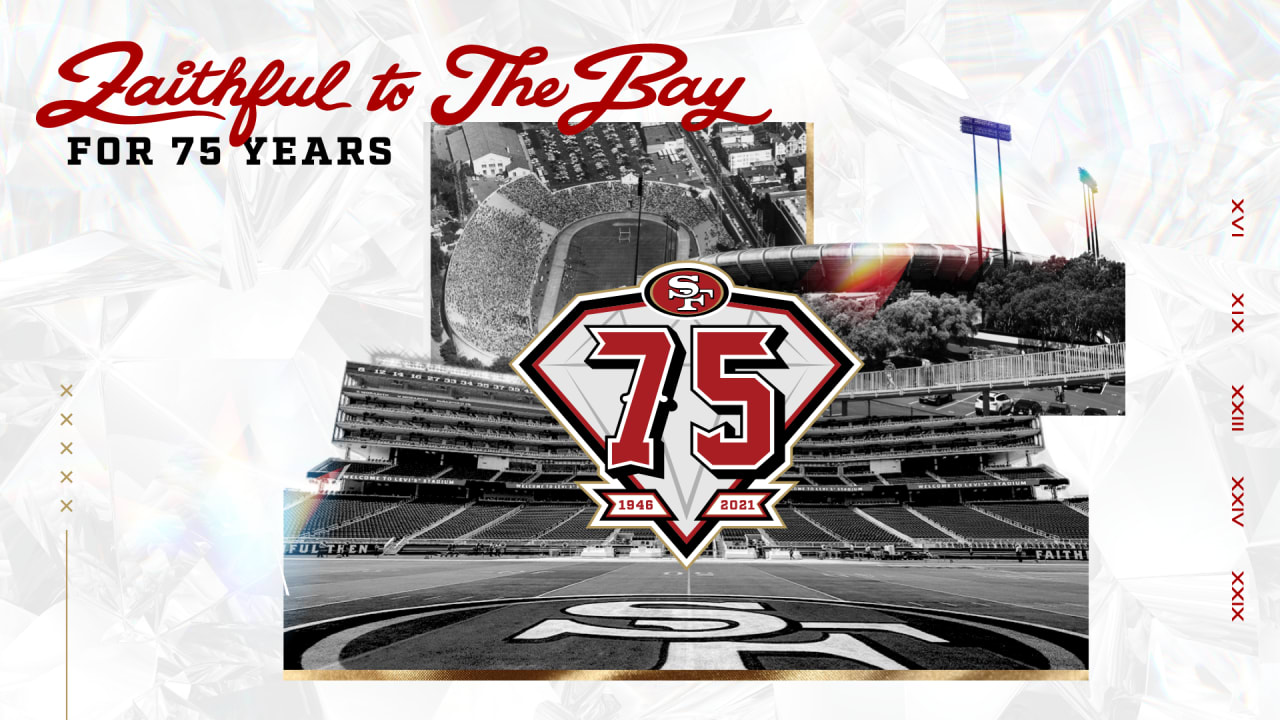 This week, the 49ers 75th Anniversary celebration will be an integral part of the 49ers NFL Draft countdown show titled “Countdown to Draft presented by Mountain Mike’s Pizza.” The show is set to begin streaming on Thursday, April 29th at 4:25 p.m. PST on 49ers.com, the 49ers App and YouTube Live. Hosted by Senior Team Reporter Keiana Martin and featuring special guests to be announced soon, fans can expect to see a detailed breakdown of the NFL Draft process and potential 49ers prospects.

“The past seven and a half decades of 49ers football have provided generations of Faithful with countless unforgettable plays, players, and memories, and my family and our organization look forward to celebrating that storied history all year long through this campaign,” said Jed York, 49ers CEO. “Our 75th Anniversary season promises to create new memories for both the seventy thousand Faithful we look forward to welcoming back to Levi’s® Stadium and the millions of Faithful around the world.”

Additional aspects of the 49ers 75th Anniversary campaign, including content, new interior and exterior design elements at Levi’s® Stadium, 75th-branded apparel and merchandise can be found at 49ers.com/75.