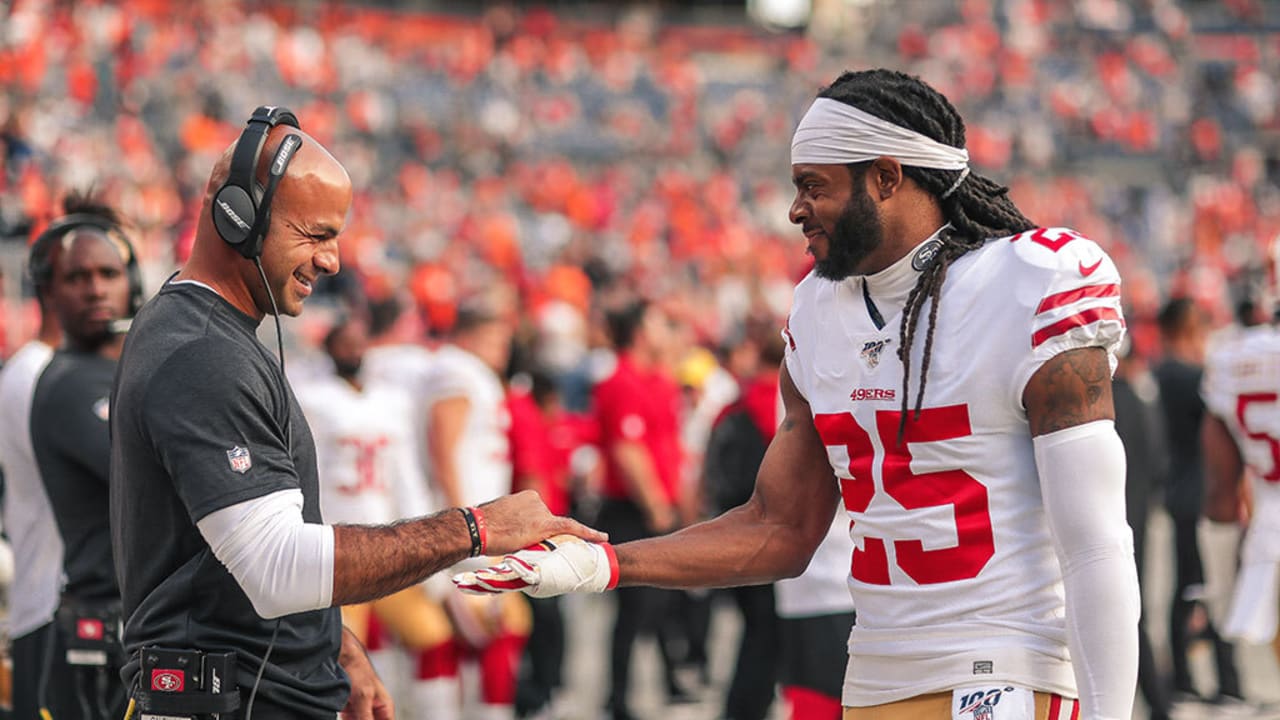 Saleh discussed several points from his lessons of coaching during the 49ers eight-part State of the Franchise series last week. The defensive coordinator highlighted the importance of stability and continuity heading into 2020 and how the team must keep their foot on the gas to supplant last season’s success.

“The three most dangerous words in this league are ‘I got it’ and to assume that you have it,” Saleh said in correlation to his fifth point on the list. “The challenge is to have humility and to focus on getting better every single day, and take the knowledge that you’ve gained over the last three years and try to find a way to apply it to Year 4 so we can try to get back to where we were.”

Saleh’s defense led the league with the fewest passing yards allowed last season (169.2) and were second in the NFL in total yards allowed (281.8). Saleh was a finalist for the Cleveland Browns head coaching vacancy this offseason and could have a number of suitors as one of the league’s top defensive head-coaching candidates this January.

“Every year we keep him we’ll be very fortunate,” Kyle Shanahan said back in January. “Saleh’s going to be a head coach in this league. Could have been one this year. Most likely, he’ll be one next year. But he’s going to have the right opportunity come around for him. It’s just a matter of time.”