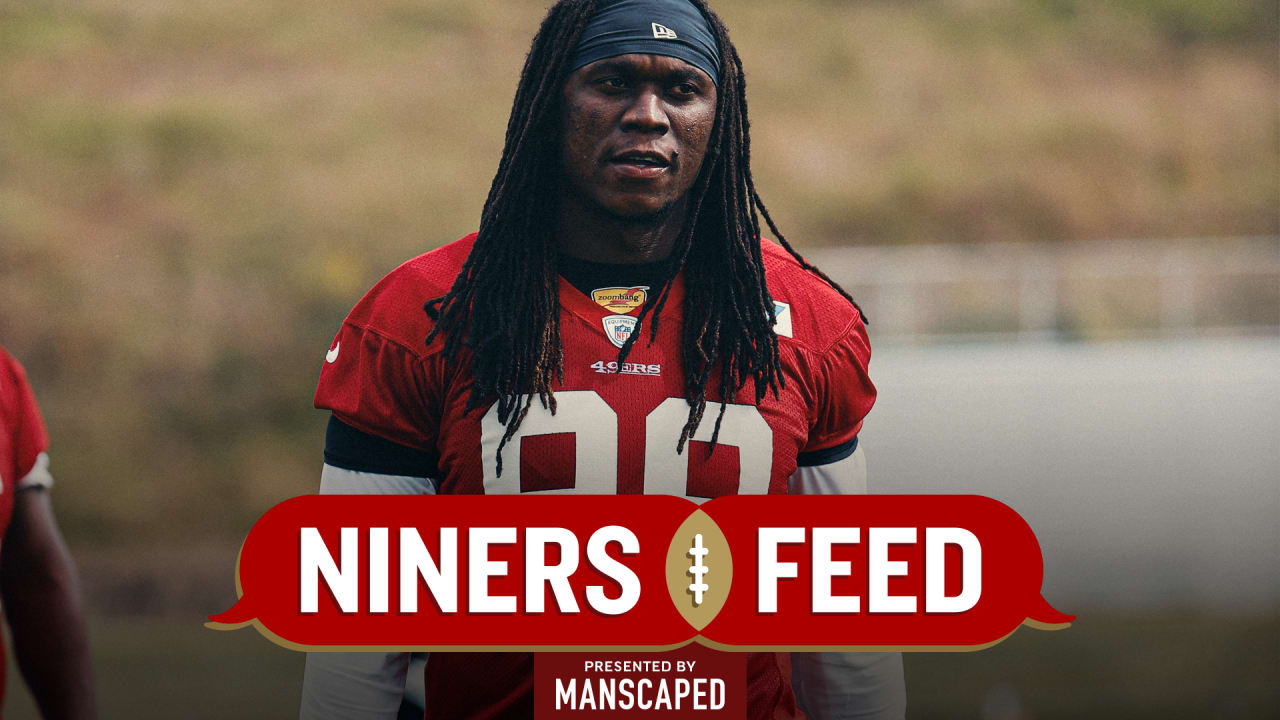 The 49ers aren’t the only team dealing with a number of injuries heading into Sunday’s contest. The Giants are without two of their offensive stars with running back Saquon Barkley out with a season-ending ACL injury and wideout Sterling Shepard on Injured Reserve with a toe injury.

The Giants are likely to look at a number of players to help replace Barkley’s production. The Giants added Dion Lewis this offseason, who rushed 10 times for 20 yards and added four catches for 36 yards in Week 2, to add to running back Wayne Gallman, who enters his fourth season in New York. Notably, the Giants signed former Atlanta Falcons running back Devonta Freeman this week to help fill the void in the backfield.

With Shepard temporarily sidelined, the Giants will lean on veteran wideouts Golden Tate and Darius Slayton in the passing game. Tight end Evan Engram is another pass catching weapon that could see more targets with Shepard out on Sunday.

San Francisco kicked off preparations against the Giants on Wednesday without Jimmy Garoppolo on hand. Given the mildness of Garoppolo’s high ankle sprain, Kyle Shanahan didn’t rule out the 49ers franchise quarterback in Week 3. If the quarterback can’t go, Nick Mullens is primed to get the start against a Giants defense that has allowed a total of 377 yards in the air over the last two games, the second-fewest allowed in the NFL. Regardless of who gets the start on Sunday, head coach Joe Judge noted that the Giants are spending the week preparing for either scenario the 49ers present.

“Whether it’s Jimmy or Mullens, you have to have a little bit of a plan for both because what they may do may be dictated based on who’s at the game,” Judge said. “These are conversations that we’re having with coaches, that we’re putting a plan together for the players. You want to give it to them in basic increments, so you’re not double-installing everything at once for the players.”

It’s a tough pill to swallow losing Nick Bosa (knee) for the year. On top of the 49ers undesirable loss, the team also enters Sunday without fellow edge rusher Dee Ford﻿. Ford appeared on the 49ers injury report last week with what was described as neck spasms. After further examination, Ford is dealing with a sobering back injury. Currently, there is no clear timetable for his return, and the hope is that Ford’s injury settles down, which could take some time. Add that to the loss of Solomon Thomas (knee) for the year, and the 49ers defensive line, which was one of the deepest groups heading into the year, has quickly thinned out.

On Wednesday, the 49ers signed former Detroit Lions and Seattle Seahawks defensive end Ezekiel Ansah. The former No. 5 overall pick has registered 50.5 sacks in 91 NFL games since entering the league back in 2013. The pass rusher reunites with 49ers defensive line coach Kris Kocurek, who spent nine seasons alongside Ansah in Detroit. The team also activated former Seahawks defensive end Dion Jordan from the team’s practice squad. Even with San Francisco’s corresponding moves, the 49ers don’t expect one person to carry the weighty load left behind.

“You can’t do it with one guy,” Shanahan said. “Everyone’s got to step it up. Everyone knows how great of a player Nick is. Teams do go through this. We lost our quarterback at the beginning of the year two years ago. You look at things like Denver, losing a player like (Denver Broncos LB) Von (Miller) before the season started. So, it’s all very similar to losing a guy like Nick.

“I think we all understand that, but the thing that makes you excited is that we do have a lot of good players on our team. Players that people know about, who I think can still get better, and I also think there are a lot of people that people don’t know about who this opens up opportunities for, who can get better.”

The Giants head into Week 3 ranking 24th in the league in rushing yards allowed, giving up 276 yards on the ground between their first two contests. That’s music to Shanahan and the 49ers run-first offense, who is averaging 5.6 yards per carry to open the season.

The 49ers will be without two of their top running backs on Sunday with Raheem Mostert and Tevin Coleman both dealing with various knee ailments. Jerick McKinnon is primed to see an increase in snaps in Shanahan’s by-committee approach to his backfield. Through two games, McKinnon has already rushed for 101 yards on six carries and a touchdown to add to three receptions for 20 yards and another score.

Jeff Wilson Jr. and, potentially, undrafted rookie Jamycal Hasty are also next up for carries. Wilson Jr. played just five snaps the first two weeks but will take on an expanded role on Sunday. Hasty, who showed well throughout training camp, could be called up from the team’s practice squad with only two healthy running backs available – a much different backfield for San Francisco from the start of the season.

The 49ers are approaching the third week of the season, but the team’s new faces appear to be paying early dividends. Trent Williams made a stellar debut in Week 1. He’ll be looking to put up a repeat performance while protecting either Garoppolo or Mullens’ blind side against a Giants defensive front that has registered six sacks through the first two games of the season, including four in Week 2 against the Chicago Bears.

Fellow former Washington teammate Jordan Reed was one of the 49ers highlights coming off of the Week 2 victory over the New York Jets. While stepping in for an injured George Kittle﻿, Reed led the team in targets (8), receptions (7) and touchdowns (2). Despite returning to practice in a limited capacity, there is no word yet if Kittle will take the field on Sunday. Regardless which direction Kittle and the 49ers take, they’re in good hands with both options.

Many 49ers players weren’t thrilled with the conditions of the turf at MetLife Stadium, which prompted the NFL and NFLPA to conduct additional evaluations of the field. It’s likely the team will have to return to the same unnerving field on Sunday against the Giants, something that has weighed on players’ minds leading into Week 3.

“I’d be lying to tell you we’re not going to be thinking about it or it’s not going to go across our minds,” Williams said Wednesday. “But when you’ve got a 300-pound lineman in front of you that’s trying to put you on your back, I think the surface falls on the back burner.”

In between the back-to-back matchups in New Jersey, San Francisco opted to stay in West Virginia rather than traveling back across the country. Under Shanahan, the 49ers are 2-0 on the tail end of a road trip. Last season, the 49ers had two stretches of East Coast games in between their Week 1 and 2 matchups against the Tampa Bay Buccaneers and Cincinnati Bengals and again during Week 13 and 14 against the Baltimore Ravens and New Orleans Saints. Sunday presents another opportunity for San Francisco to return home in the win column, as East Coast stays have boded well for the 49ers in the past.