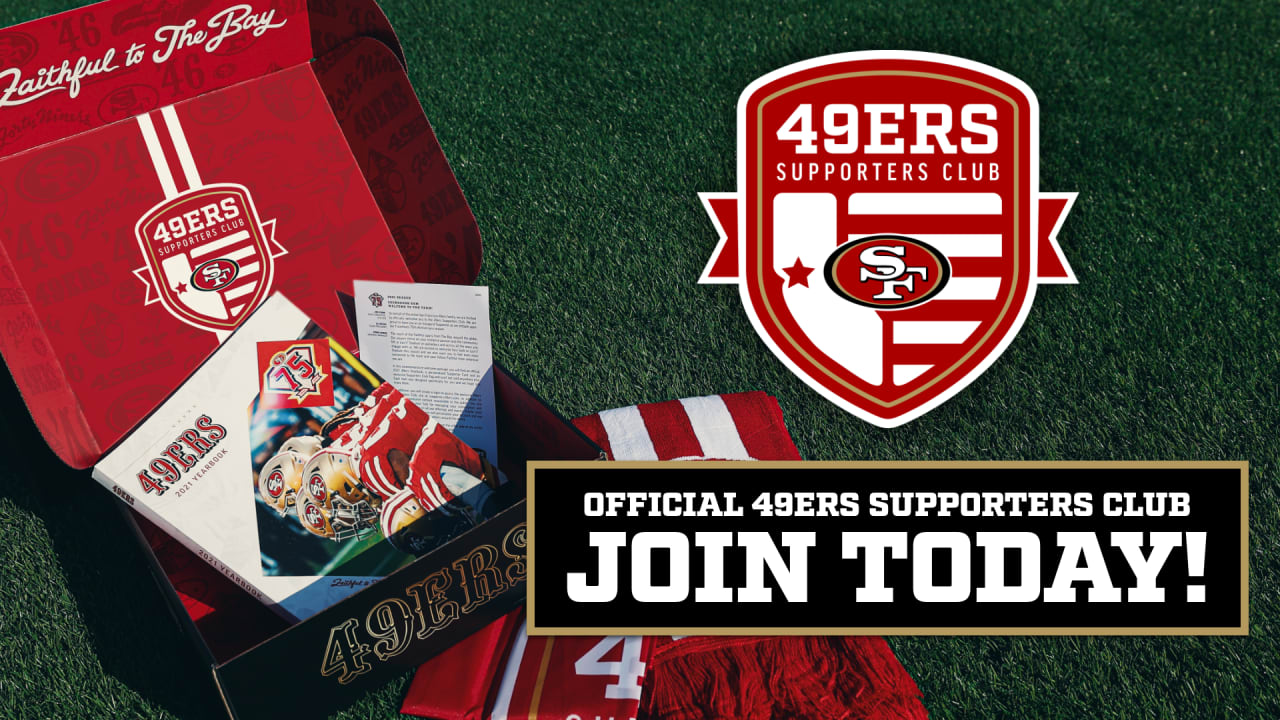 The San Francisco 49ers today unveiled their new Supporters Club to the Faithful around the globe. Born out of the drive to better connect with 49ers fans who are looking for a more personal connection to the organization, the annual membership provides fans with exclusive benefits along with curated content and activations not available to the general public. Memberships are now available for 49ers fans across the globe at supporters.49ers.com with 10% of each purchase going to support the 49ers Foundation’s mission of educating and empowering Bay Area youth. Current 49ers season ticket members will receive $10 off the domestic membership price of $75 while international memberships are $100 and inclusive of all shipping and handling fees.

“The 49ers are incredibly lucky to have the support of millions of Faithful from all over the world,” said Alex Chang, 49ers Chief Marketing Officer. “The new 49ers Supporters Club will provide an elevated experience for our most passionate supporters who want to feel closer to the team no matter where they are.”

Upon signing up for the Supporters Club, fans will be sent their first annual gift – a commemorative welcome package including a letter from 49ers team ownership, an official 2021 49ers Yearbook, a personalized Supporter Membership Card and an exclusive Supporters Club flag and scarf. Throughout the year, members will receive benefits including exclusively curated content, virtual Supporter-only chats with 49ers alumni and team personnel, sweepstakes and giveaways, preferred access to 49ers events, 25% off discount days for 49ers merchandise, discounts on 49ersFit membership fees, and more.