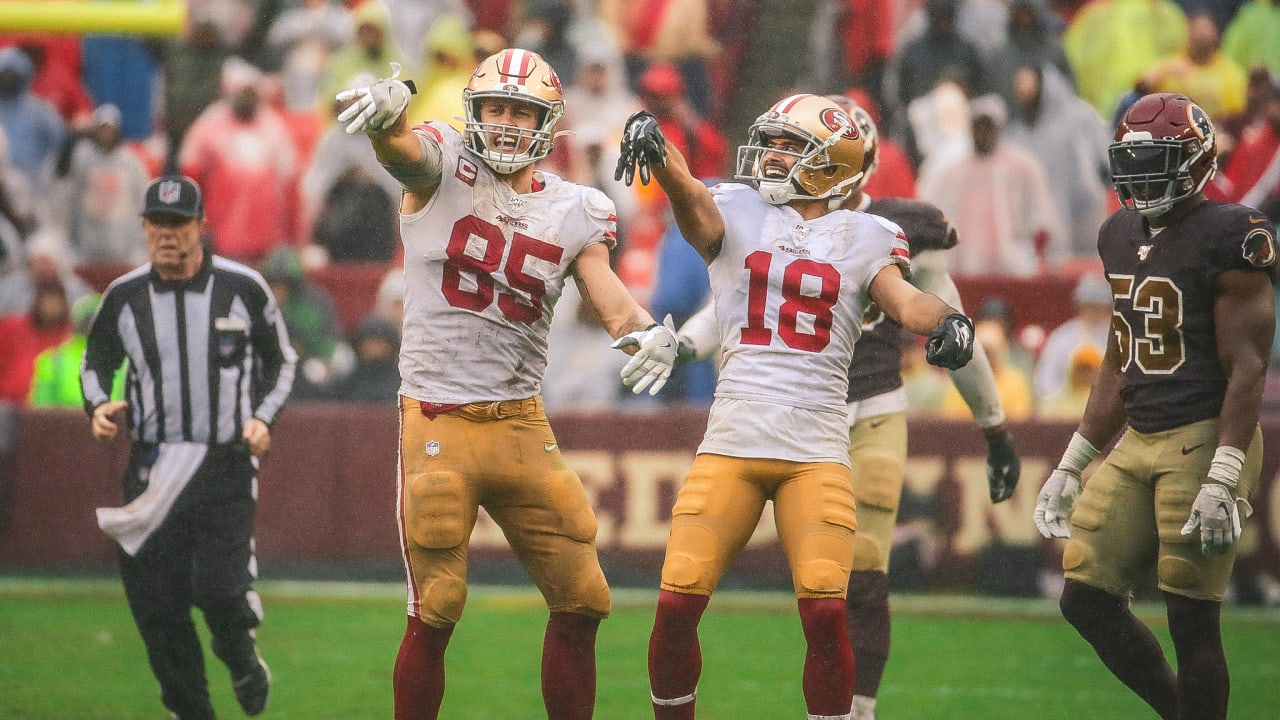 “The shorter-term goal for the division-leading Niners should be winning the division, and if that happens, all doors are open. But when you’re undefeated through six games, everything should be on the table, including a trip to the Super Bowl. Obviously, the Niners still have plenty to prove, and the schedule will get tougher in the coming weeks, but with a dominant defense and the forthcoming return of some key injured starters, there’s still room for this team to get markedly better, which makes them a legitimate NFC contender.”

“The San Francisco 49ers didn’t exactly pile up the style points in their Week 7 win over the Washington Redskins. That can be forgiven, though—given that the teams were playing in a typhoon. In weather conditions that can best be described as, um, moist, the San Francisco defense was once again outstanding Sunday. The 49ers allowed just 154 yards of total offense and held Case Keenum under 100 passing yards. That marks the third straight game in which the Niners have held their opponent under 200 yards of total offense and 100 net passing yards. Over that three-week span, the 49ers have given up a grand total of 10 points.”

“For the 49ers on Sunday, it was about survival, not style points. The Niners escaped Washington with a 9-0 win on one of the sloppiest days in recent memory, and rather than focusing on the ugly offensive film, we’re going to enjoy rewatching all of the defensive linemen celebrating with muddy belly flops instead.”

“The 49ers slip a little after wet conditions in Washington made for a sloppy battle of attrition. They didn’t add any offensive style points, but given their rash of injuries and the long road trip to bad weather, the win was impressive in its own right. They still pitched a shutout in Kyle Shanahan’s revenge game.”

“The undefeated 49ers have been very good and deserving of the praise they’ve received during their winning streak. They’re no fluke. I’d think the 49ers will be players around the trade deadline. There are at least a few receivers that could be available, and the 49ers could use one to get their passing game going.” – Update the 49ers have acquired wide receiver Emmanuel Sanders from the Denver Broncos on Tuesday.