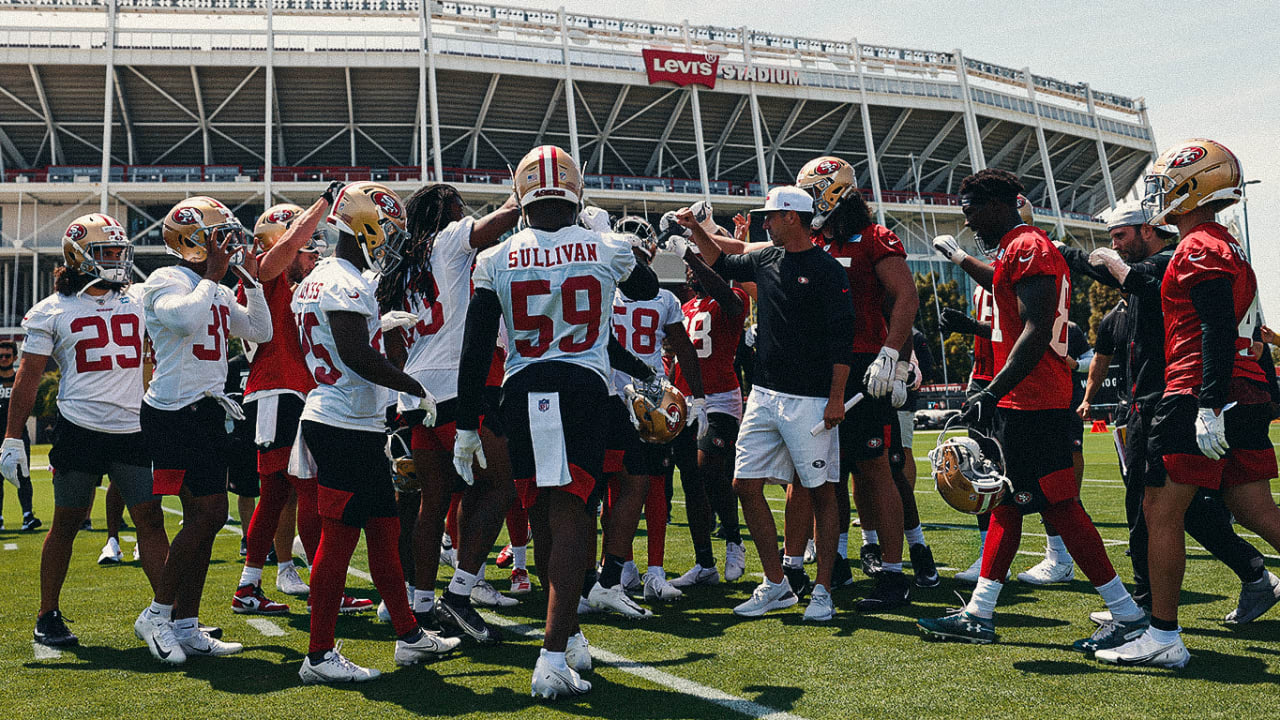 The San Francisco 49ers were set to continue their offseason workout program through the team’s mandatory minicamp scheduled for June 15-17. On Tuesday, head coach Kyle Shanahan scrapped the final week of the 49ers sessions.

On Monday, San Francisco lost two additional players due to injury. The initial injury came by way of running back Jeff Wilson Jr.﻿, who suffered a torn meniscus in a freak incident in the locker room last month. Just two weeks later, offensive lineman Justin Skule suffered an ACL injury and defensive back Tarvarius Moore tore his Achilles during practice.

San Francisco’s unfortunate string of offseason injuries played a part in the team’s decision to abbreviate organized team activities (OTAs). Shanahan had already intended to shorten the program to just eight total practices void of next week’s scheduled minicamp to give the team a full break before returning for next month’s training camp. The team’s recent happenings ended the sessions sooner than anticipated.

“We had a clean camp. No one got a serious injury like that and then we had two guys in three plays with Tarvarius and Skule. So, that was depressing. You hate seeing that,” Shanahan said. “But after seven practices with those two injuries and just the aura it gave to it, I wasn’t going to come back and do one more just to do one more.”

Shanahan doesn’t believe the offseason program has any correlation on the 49ers luck on the injury front. A season prior, when the NFL prohibited any in-person offseason instruction due to the concerns surrounding the COVID-19 pandemic, four players suffered various offseason injuries, including wide receivers Deebo Samuel and Richie James﻿, who both missed the entirety of training camp.

“Last year, we didn’t have an offseason and we lost four people before training camp started,” Shanahan continued. “Those were all outside of football. It’s a part of life. Two people got hurt on the field in OTAs in seven practices and it’s very unfortunate because those two guys are having great practices and Jeff got hurt before it started.”

Shanahan previously alluded to his satisfaction with San Francisco’s broad turnout to the voluntary sessions given the concerns surrounding the pandemic around the league. According to the head coach, 89 players have been on hand for the sessions, nearly the entirety of the roster bar those working their way back from prior injuries.

Depsite the early misfortune, Shanahan said he feels confident in where the team currently stands at this point of the year. The 49ers held a team bonding activity on Tuesday followed by exit interviews on Wednesday to conclude the program. Shanahan said the 49ers plan to keep rookies around the facility for a few more days. The team will depart from the facility for 40 days and reconvene for the start of training camp set for July 27.

“I think the guys came in and really attacked it hard. That’s really what I appreciated,” Shanahan said. “I got a bunch of guys who really love football and who aren’t scared to work. And guys came in and did it each day and did everything we asked for. And when they did that, I just felt like our guys, and me included as a coach, I felt we accomplished what we set out to do.”