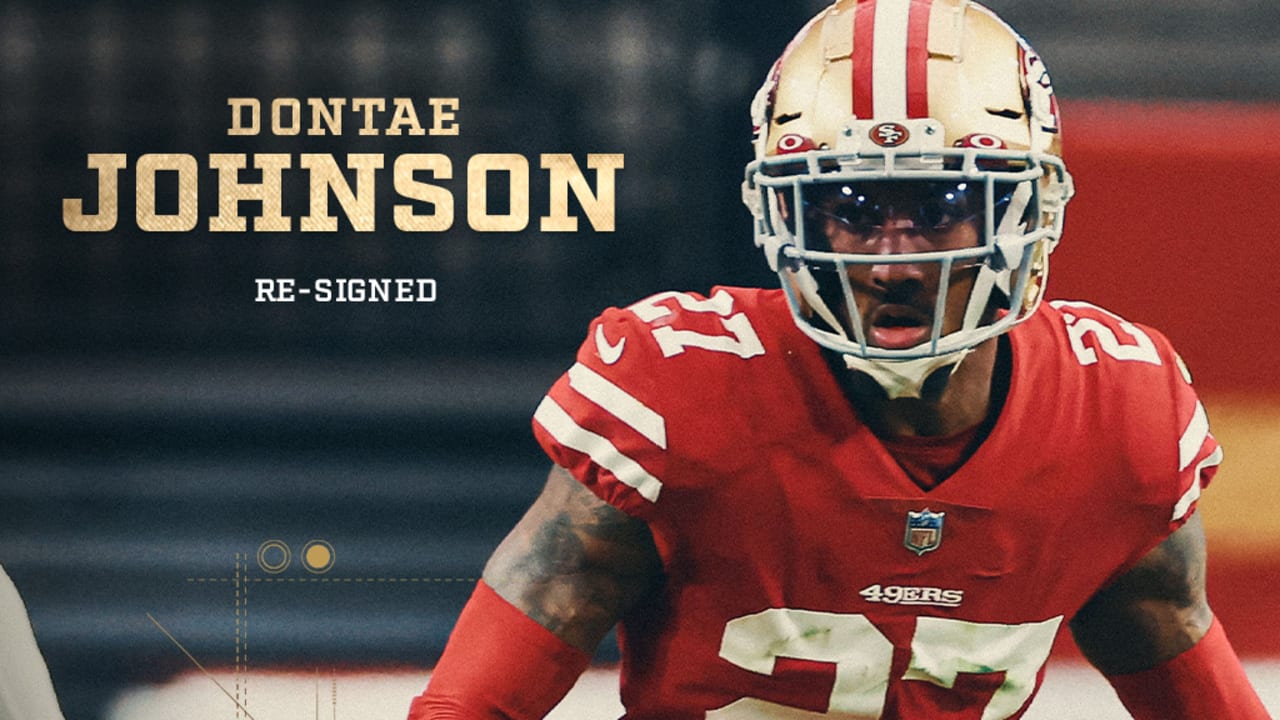 The San Francisco 49ers announced on Friday they have re-signed CB Dontae Johnson to a one-year deal.

In 2020, Johnson spent time on San Francisco’s practice squad and active roster where he appeared in 14 games (three starts) and finished with 19 tackles, three passes defensed and the first sack of his career. He also added eight tackles on special teams.

A 29-year-old native of Pennington, NJ, Johnson attended North Carolina State University. In 50 games (28 starts) over four seasons with the Wolfpack, he finished with 217 tackles, 10 passes defensed, 4.0 sacks, three interceptions and two forced fumbles. As a senior in 2013, he started all 12 games and registered 82 tackles, a team-high three interceptions, two passes defensed and one forced fumble.