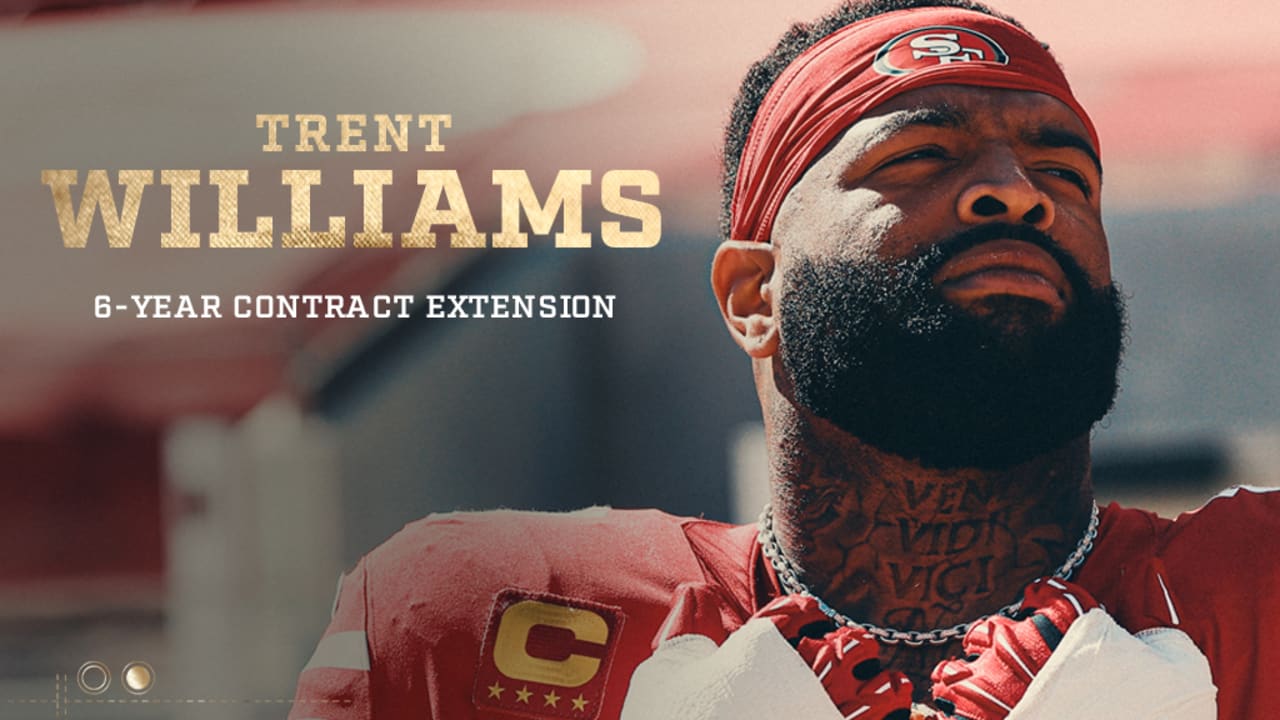 The San Francisco 49ers announced on Tuesday they have re-signed All-Pro tackle ﻿Trent Williams﻿ to a six-year deal through the 2026 season.

“After a year away from the football field, Trent came in and performed at an incredibly high level for us, demonstrating that he remains an elite tackle in this league,” said General Manager John Lynch. “His familiarity with our coaching staff allowed for a seamless transition into our organization and culture, where he quickly earned the trust of his teammates and established himself as an important leader in our locker room. Trent’s passion for the game could be felt from day one and this fits exactly with our vision of the 49er way and a championship culture. His contributions to our team extend well beyond the field and we’re thrilled to keep Trent in the Bay Area for a long time. We look forward to his continued high-level play and success for us.”

The 49ers originally acquired Williams (6-5, 320) in a trade from the Washington Football Team on April 25, 2020. In his first season with San Francisco in 2020, he started all 14 games in which he appeared and was named to his eighth Pro Bowl.

Williams was originally drafted by Washington with the fourth overall selection in the 2010 NFL Draft. During his 10 years with Washington (2010-19), he appeared in 120 games (119 starts) and started two postseason contests. Williams was selected to seven-straight Pro Bowls (2013-19) and earned Second-Team AP All-Pro honors following the 2015 season.

Off the field, Williams has served as an ambassador for the American Diabetes Association since 2014, helping to raise awareness after having lost his grandfather, John L. Hawkins, to Type 2 diabetes as a child. He was also selected as the team’s 2020 Garry Niver Award recipient, presented annually by the San Francisco Chapter of the Pro Football Writers of America to a 49ers’ player for his cooperation and professional style in helping the pro football writers do their jobs.