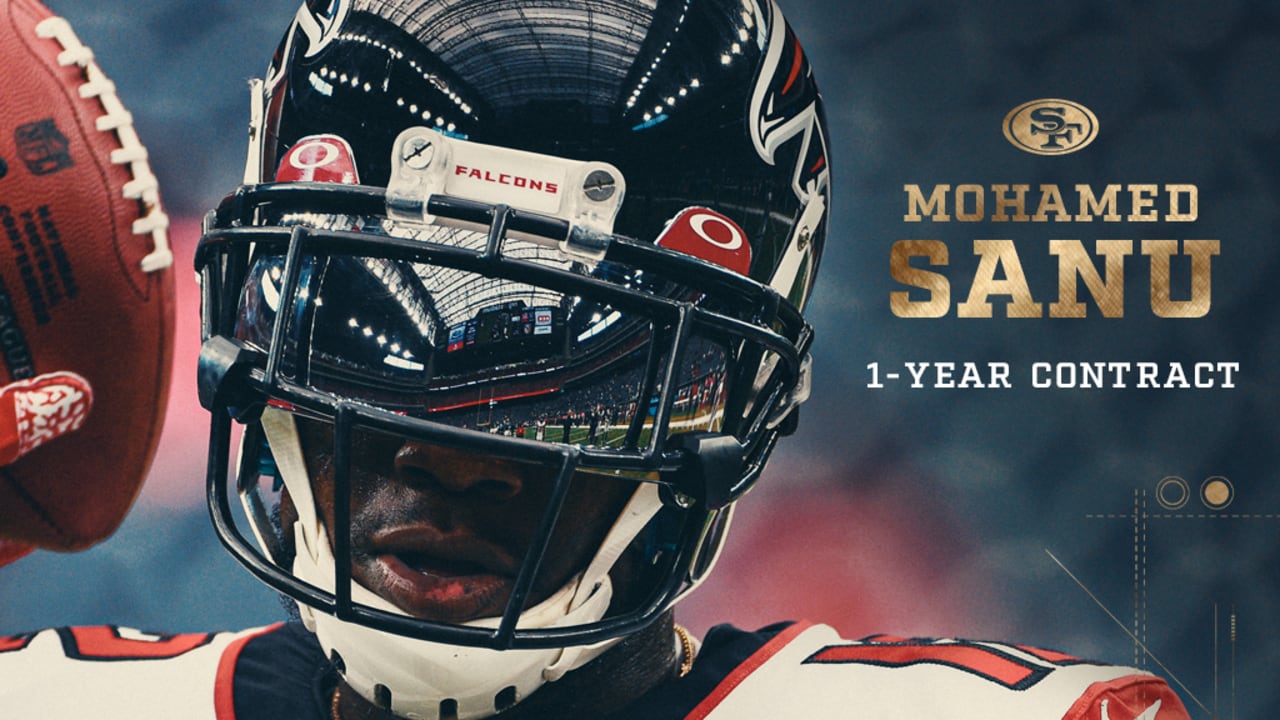 The San Francisco 49ers announced on Friday they have signed WR Mohamed Sanu to a one-year deal. In order to make room on the roster, the team placed WR Richie James on the Injured Reserve List. James is eligible to be designated for return following the team’s fourth game of the season.

Sanu (6-2, 210) was originally drafted by the Cincinnati Bengals in the third round (83rd overall) of the 2012 NFL Draft. Throughout his eight-year career with the Bengals (2012-15), Atlanta Falcons (2016-19) and New England Patriots (2019), he has appeared in 118 games (92 starts) and registered 403 receptions for 4,507 yards and 26 touchdowns to go along with 41 carries for 223 yards and two touchdowns on the ground and completed seven of eight passing attempts for 233 yards and four touchdowns through the air. He has also appeared in nine postseason games (eight starts) and added 26 receptions for 318 yards and two touchdowns.

In 2019, Sanu appeared in seven games (six starts) with the Falcons where he registered 33 receptions for 313 yards and one touchdown prior to being traded to the New England Patriots on October 23, 2019. He went on to appear in eight games (six starts) and finish with 26 receptions for 207 yards and one touchdown for New England. He spent this year’s training camp with the Patriots prior to his release from the team on September 3, 2020.

A 31-year-old native of South Brunswick, NJ, Sanu attended Rutgers University where he appeared in 38 games (37 starts) and finished with 210 receptions for 2,263 yards and 12 touchdowns. As a junior in 2011, he started 13 games and added 115 receptions for 1,206 yards and seven touchdowns.

James (5-9, 185) appeared in the team’s season opener versus the Arizona Cardinals.