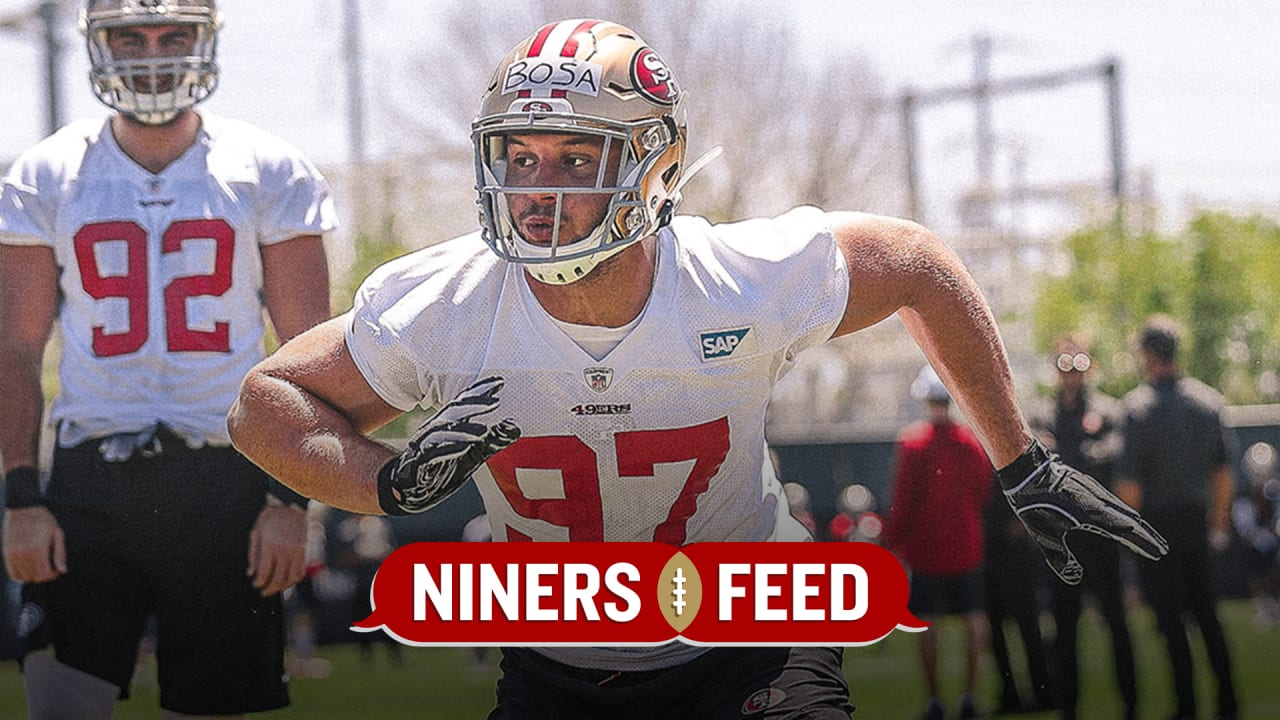 1. As the 2019 season looms, the 49ers are another step closer to its roster nearing full strength. Here is a list of 49ers who are expected to make a return to practice this week:

2. The aforementioned players are not likely to dress during San Francisco’s final preseason game against the Los Angeles Chargers. In addition to the 49ers returning to practice, the following are also expected to appear in Thursday night’s contest:

3. K’Waun Williams is also projected to return this week after battling with a knee injury suffered earlier this month. According to Shanahan, Williams is not expected to participate in team drills, however he is likely to take part in individual work.

4. San Francisco’s first round pick did not get the opportunity to see any preseason action, however Shanahan believes “there’s a chance” Nick Bosa could be ready by the start of the regular season. Following a noteworthy debut at training camp, Bosa suffered an ankle sprain in early August that has kept the rookie sidelined as a precaution. Shanahan hopes to get more clarity on Bosa’s return throughout the week.

5. San Francisco anticipates its starting center to be activated off the Physically Unable to Perform list this week. Weston Richburg missed the entirety of the 49ers offseason program and training camp following offseason knee and quad surgery. Per Shanahan, the intent is to get Richburg acclimated this week and begin looking towards a Week 1 start against the Tampa Bay Buccaneers.