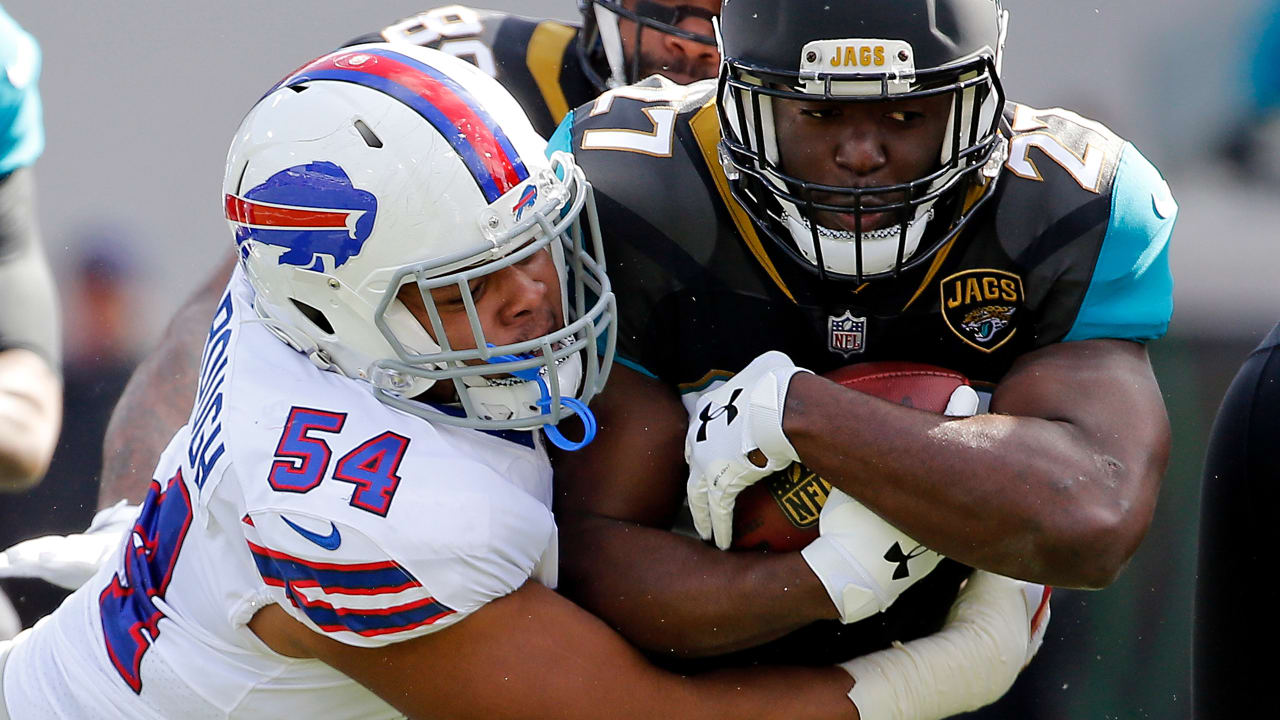 Originally signed as an undrafted free agent by Denver in 2016, Yarbrough signed with Buffalo in April 2017. The 26-year-old played 31 games – making six starts – for the Bills from 2017-18. He was waived and signed to the practice squad just before the start of the 2019 campaign.

Here are five things to know about Yarbrough:

Yarbrough played for Wyoming from 2012-15 after redshirting his freshman year.

Over four seasons for the Cowboys, he totaled 256 tackles (131 solo), 21.5 sacks, 39 tackles for loss, four passes broken up and four forced fumbles.

Football runs in the family. His father, also named Eddie, played at Arkansas-Pine Bluff, and his uncle, Raymond Jackson, played at Colorado State.

Originally born in Pine Bluff, Arkansas, Yarbrough moved with his family to Aurora, Colorado, where he was a standout linebacker at Grandview High School. In 2010, he was named to The Denver Post All-Colorado All-State First Team.

What’s one thing he has to do every time he goes back home to Aurora? Yarbrough told Bills.com that getting a breakfast burrito with green chiles is at the top of his list.

3. Committed to the community

Take a few minutes to peruse Yarbrough’s social media, and it will be difficult to miss his passion for giving back.

According to a Q&A with Yarbrough in New York Magazine, the defensive end began journaling as an assignment during his sophomore year of high school.

“It really started as a project, but I was feeling a little bit better, and it helped me get my thoughts out of my head, so I stayed at it,” Yarbrough said. “Now I journal almost every day. I grab my ukulele, my journal, my pen and my piano. And I’m all set.”

Yarbrough journaled throughout the NFL Draft process and start of his career in the pros, which was chronicled in this unique video produced by the Bills.

In addition to journaling and playing the ukulele, Yarbrough’s main hobbies away from the football field include fishing and hunting.

5. A fan of the modern classics

Yarbrough was asked during a Q&A earlier this season to name his favorite movie of all-time.

Unable to choose just one, he asserted that “tied for first” are Space Jam and The Sandlot. Hard to argue with those, Eddie.

Tags: he his yarbrough

Stats That Stood Out: Vikings-Cowboys in Week 11