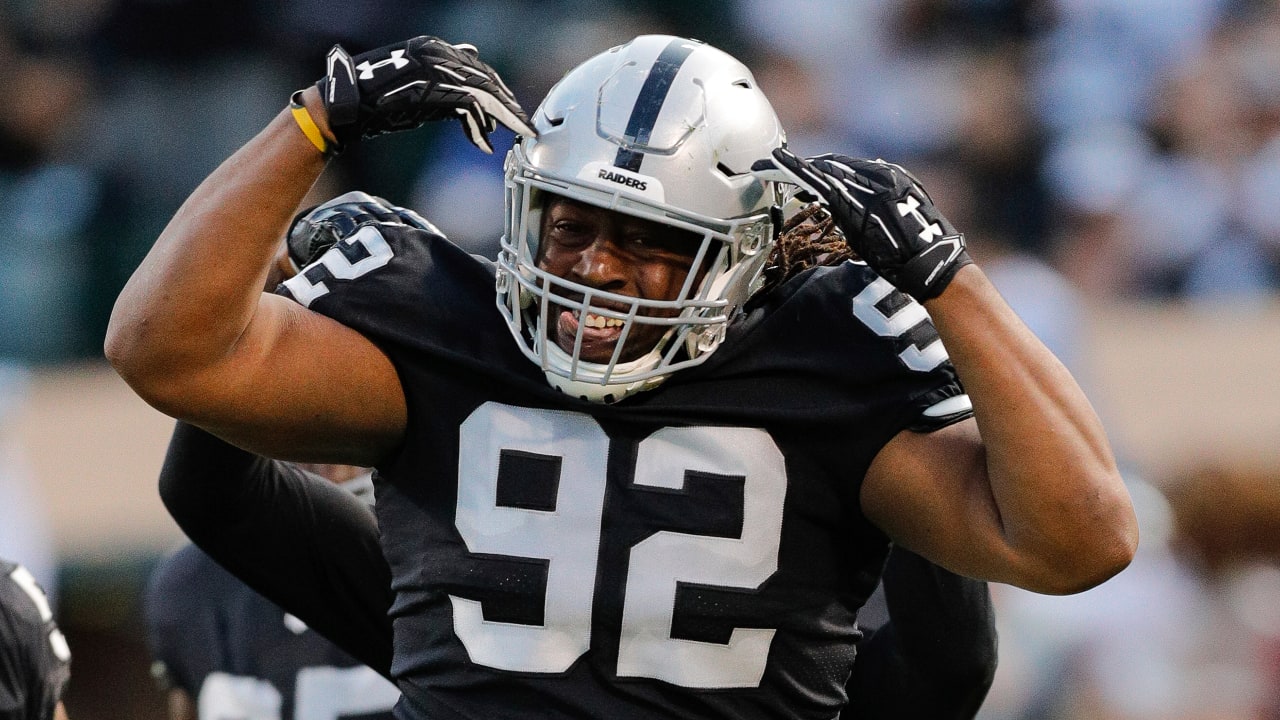 EAGAN, Minn. – The Vikings have acquired P.J. Hall from the Raiders via trade, the team announced Monday.

Hall was a second-round draft pick (57th overall) by the Raiders in 2018. The defensive tackle played 30 games over the past two seasons, starting 18 of them.

In 2019, Hall started 12 of 16 games played for the Raiders and totaled 26 tackles (league stats), 1.5 sacks, five tackles for loss and three quarterback hits. His first full sack in a regular-season game was recorded against Lions QB Matthew Stafford in Week 8 last season.

Minnesota’s trade for Hall occurred in the wake of defensive tackle Michael Pierce, whom the Vikings signed in free agency, choosing to opt out of the 2020 campaign due to COVID-19 concerns. Pierce falls into the “high-risk” category denoted by the recent CBA adjustments.

Hall garnered plenty of attention at Sam Houston State University, where he initially played defensive end before moving to the interior. After redshirting his freshman season in 2013, he racked up 30 tackles for loss (fourth-highest in FCS) and was named First-Team All-Southland Conference.

In 2015, Hall was a Third-Team All-American selection by The Associated Press after becoming Sam Houston’s all-time leader in tackles for loss. As a junior, he was a finalist for the Buck Buchanan Award (nation’s top defensive player), finishing second in the voting.

Hall finished his collegiate career with a school-record 42 sacks and an FCS-record 86.5 tackles for loss over four seasons (56 games played).

2. Hails from the Lone Star State

A native of Seguin, Texas, Hall is one of 12 players on Minnesota’s roster who claim Texas hometowns.

The teammate he grew up closest to? Fellow defensive tackle James Lynch, whom the Vikings drafted this spring out of Baylor. Lynch hails from Round Rock, Texas, a 70-mile drive from Seguin.

Hall attended Seguin High School, where he stood out at defensive end and running back alike, earning first-team all-district honors under Head Coach Wayne Walker. As a senior, he totaled 71 tackles and 6.0 sacks while also recording 112 carries for 604 yards and nine touchdowns.

Although Hall was a non-invitee for the NFL Scouting Combine, he did turn heads at his pro day.