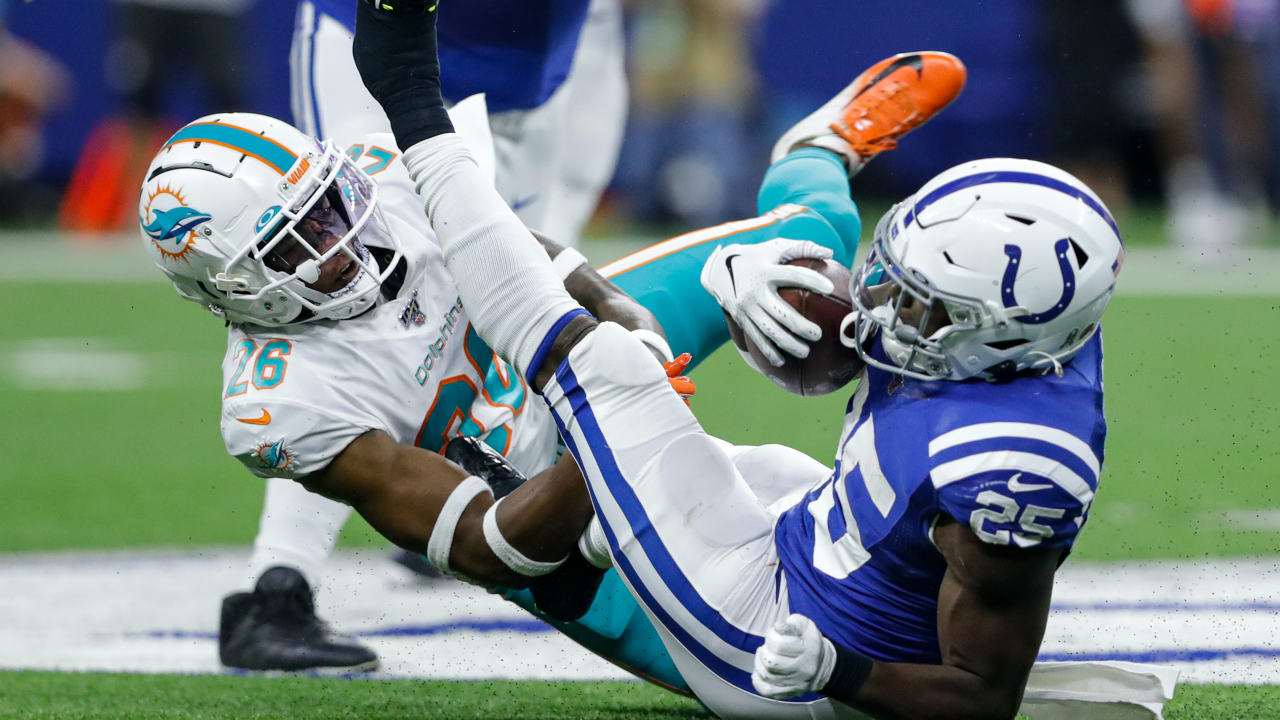 EAGAN, Minn. – The Vikings have added to their group of safeties by claiming free agent Steven Parker off waivers, the team announced Friday.

Parker is currently in the testing protocol and will need to pass a physical.

Originally signed by the Rams as an undrafted free agent in 2018, Parker joined the Dolphins prior to the 2019 season.

Here are five things to know about Minnesota’s newest safety:

Parker played four seasons for Oklahoma, appearing in all 13 games as a freshman and starting four contests at the nickelback position.

He became a full-time starting safety for the Sooners as a sophomore and that season recorded 60 tackles, 1.5 sacks and four passes defensed. Parker earned Second-Team All-Big 12 honors following his sophomore and senior seasons.

In his final season for Oklahoma, he totaled 63 tackles (fourth on the team) and ranked third with six passes defensed.

Parker was not the first one in his family to enroll at Oklahoma University.

In fact, his grandfather Charles in 1955 became one of the first four African-Americans to ever join the Sooners football program.

The foursome lasted “less than four months” in Wilkinson’s program and never appeared in a game. They did, nonetheless, mark an important milestone in Sooners history.

As a senior, he recorded 34 catches for 622 yards and nine touchdowns; he also had 44 tackles and four interceptions. Additionally, Parker played basketball and ran track.

A number of professional athletes have come out of Jenks High School, including Minneapolis native and MLB All-Star pitcher Josh Johnson.

Parker is the only member of the Vikings 2020 roster to hail from Oklahoma.

4. Committed to the community

Even during the COVID-19 pandemic and while navigating the “new normal” for many, Parker demonstrated his commitment to the community.

Parker has gotten involved with Man UP, a youth outreach retreat of the FACT (Family Awareness and Community Teamwork) program at the Oklahoma City Police Department (OCPD).

FACT is a “gang prevention program that aims to help youth fight against the pressures of gangs and instill good character traits and life skills.”

“They didn’t take the right path to begin with, so this is sort of their last chance. That’s why it’s so big, because I can inspire those kids to do better and to be better,” Parker told CBS Miami in April. “With the Man UP program, we’re trying to build them up. For me, if I can share some of my stories and share some of the hard times and some of the good times, you can help them kind of see both cases and see that there is a better way. The Man UP program is something that I really, really love.”

Did the Dolphins sleep on Parker?

Gagnon highlighted Parker’s upside, saying he “excelled in coverage in limited playing time, and on tape he also stood out when helping against the run.” Gagnon added that Parker has demonstrated “versatility and playmaking ability” in his young NFL career.