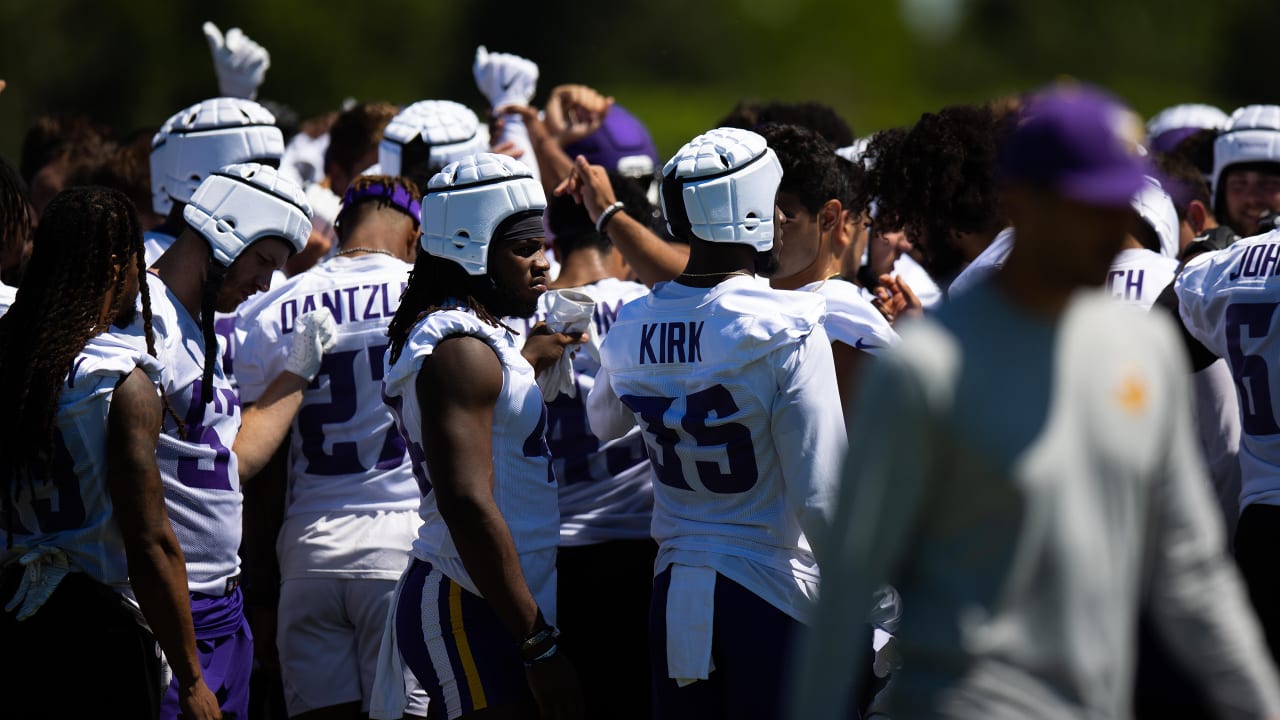 Second-year cornerback Harrison Hand made splashy plays on a routine basis in practices, whether it was snagging an interception or consistently deflecting away passes.

He capped off a strong spring with a leaping pass breakup Wednesday on a deep pass attempt to Dan Chisena.

Hand will be looked upon to provide depth at the position, but could also earn playing time if he keeps it up. Jeff Gladney was not in attendance during Minnesota’s offseason program. Cam Dantzler was for most days, but he was sidelined from doing team drills during minicamp.

6. Some settlement on special teams | By Eric Smith

The Vikings placed plenty of focus on special teams over the past month, which is expected after that phase struggled mightily for most of the 2020 season.

The majority of special teams battles will be determined in training camp and the preseason, most notable at kick and punt returner.

Andrew DePaola and Turner Bernard will continue competing for the long snapping job, while Greg Joseph and Riley Patterson will look for the leg up at kicker.

It is worth noting that Patterson was not at the final three practices open to the media, leaving Joseph as the lone kicker in attendance. He fared well in that role and made a 50-yard field goal Wednesday to close out practice.

At punter, punter Britton Colquitt appears to be the guy. The Vikings released undrafted rookie Zach Von Rosenberg to clear a roster space for Richardson earlier this week.

Tags: he vikings was