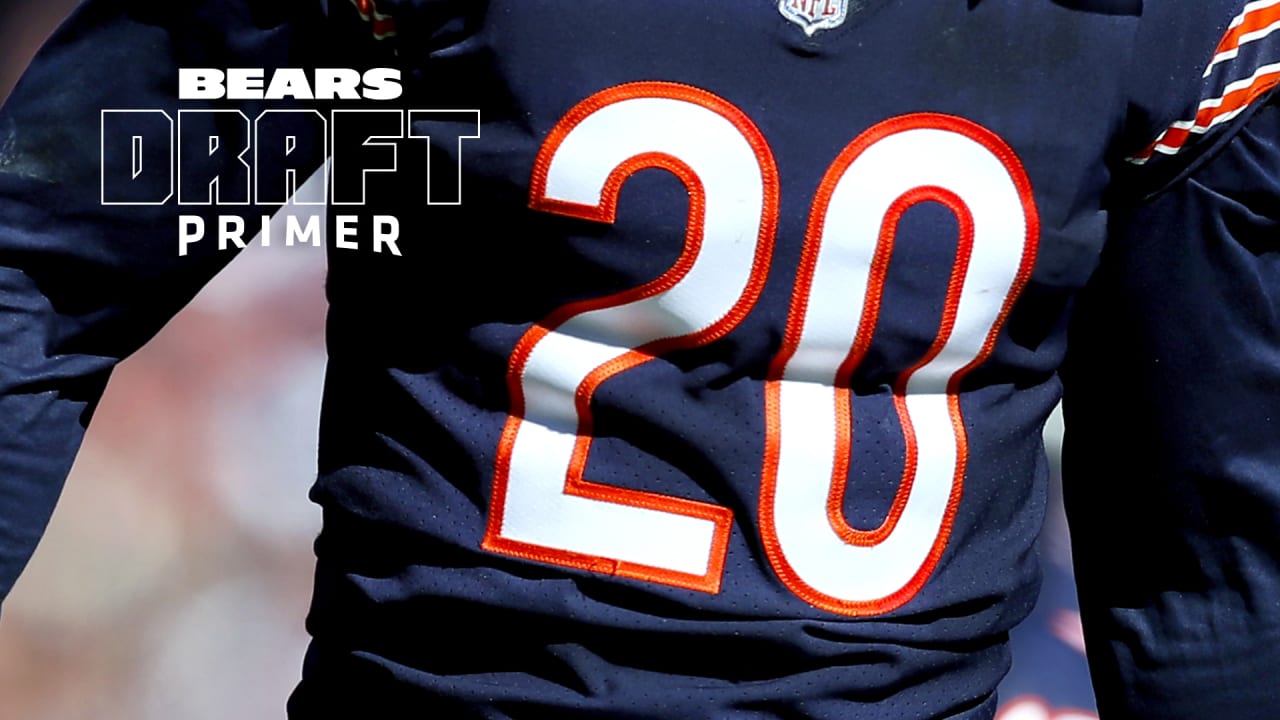 After starting 47 of 48 games over his first three seasons, injuries forced Long to miss 34 of 64 contests from 2016-19. He announced he was walking away from the game following the 2019 campaign and sat out last season. Long revealed in March that he planned to resume his playing career in 2021 and signed with the Chiefs in March.

(2) The Bears spent the 20th pick in the 1952 draft on running back/return specialist Eddie Macon, the first Black player in franchise history.

Macon appeared in 23 games over two seasons with the Bears. He averaged 30.5 yards on 22 kickoff returns and 5.9 yards on 24 punt returns while also rushing for 324 yards and two touchdowns on 70 carries and catching 14 passes for 49 yards and 2 TDs.

Macon’s arrival in 1952 didn’t cause much of a stir. Jackie Robinson had broken baseball’s color barrier five years earlier, and several African Americans had played in the NFL from 1920-33.

In 1949, the Bears had become the first NFL team to draft a Black player when they chose halfback George Taliaferro in the 13th round. But he signed with the Los Angeles Dons of the rival All-American Football Conference.

None of those five players remained with the Bears for more than one season, though Barnett appeared in 13 games with seven starts for the 1963 NFL championship team.

(4) Surprisingly, a quarterback has never been chosen with the 20th pick since the inception of the NFL Draft in 1936.

Gregg was an offensive tackle who played 14 of his 15 NFL seasons with the Packers from 1956-70. He was a seven-time first-team All-Pro who was voted to nine Pro Bowls and was named to the NFL All-Decade Team for the 1960s. Gregg, who later coached the Packers, won six NFL championships as a player, five with Green Bay and a sixth in his final season with the Cowboys in 1971.

Youngblood was a star defensive end who played his entire NFL career with the Rams from 1971-84. He was a five-time first-team All-Pro who was voted to seven Pro Bowls and named to the NFL All-Decade Team for the 1970s.

Atwater played 10 of his 11 NFL seasons with the Broncos from 1989-98. He was a two-time first-team All-Pro who was voted to eight Pro Bowls and named to the NFL All-Decade Team for the 1990s. Atwater won back-to-back Super Bowls with Denver in 1997-98.

In 2019, the Broncos chose Fant at No. 20 after trading down 10 spots in the first round. The Steelers moved up to No. 10 to pick linebacker Devin Bush, sending their first- and second-round picks as well as a 2020 third-round selection to Denver.

In 2020, the Jaguars took Chaisson with a choice they acquired Oct. 15, 2019 from the Rams in exchange for cornerback Jalen Ramsey. Los Angeles also sent its 2021 first-and fourth-round picks to Jacksonville in the deal.