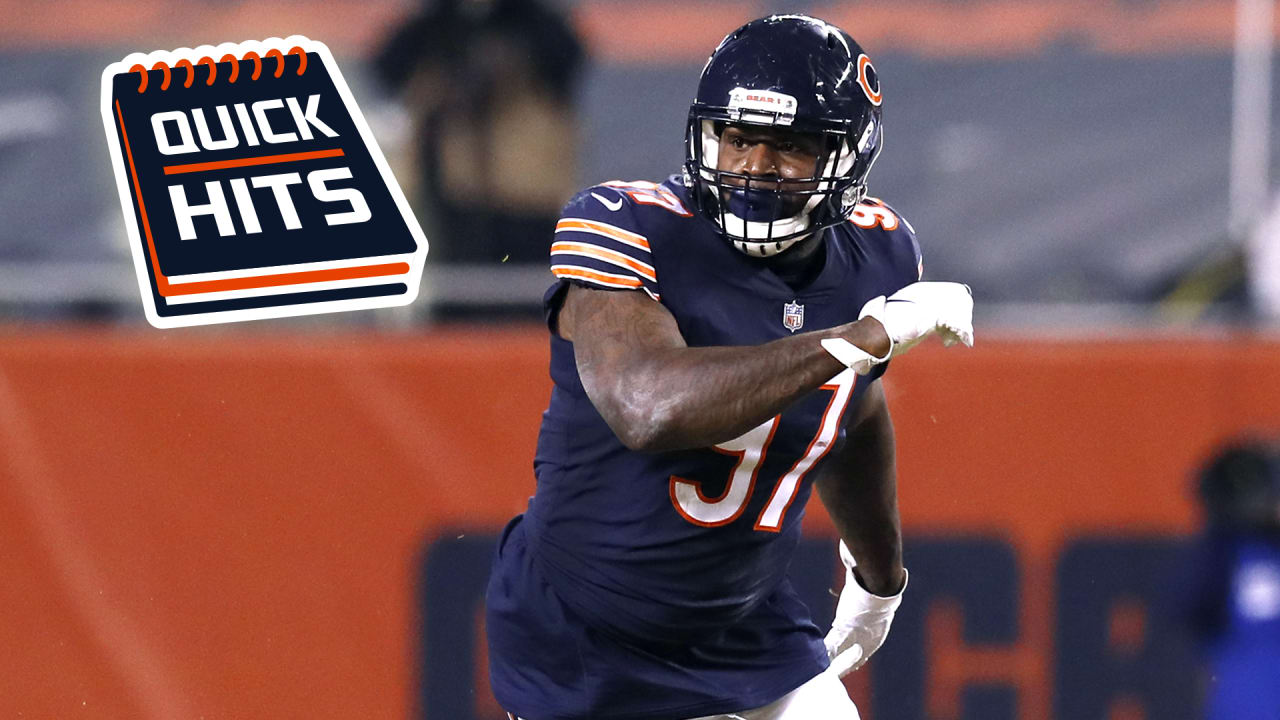 “We’ve got a bunch of crazy dogs in that room, man,” Edwards said. “We love to play football and we love competing against one another. We give each other a challenge.”

Injury update: Speaking of Goldman, he was limited in practice Thursday for the second straight day with a knee injury that kept him out of the season opener in Los Angeles. Receiver ﻿Darnell Mooney﻿ (groin) and outside linebacker ﻿Jeremiah Attaochu﻿ (hamstring) were also limited.

Hicks (illness/knee), quarterback ﻿Andy Dalton﻿ (knee) and safety ﻿Tashaun Gipson Sr.﻿ (hamstring) did not practice. Dalton has already been ruled out of Sunday’s game in Cleveland.