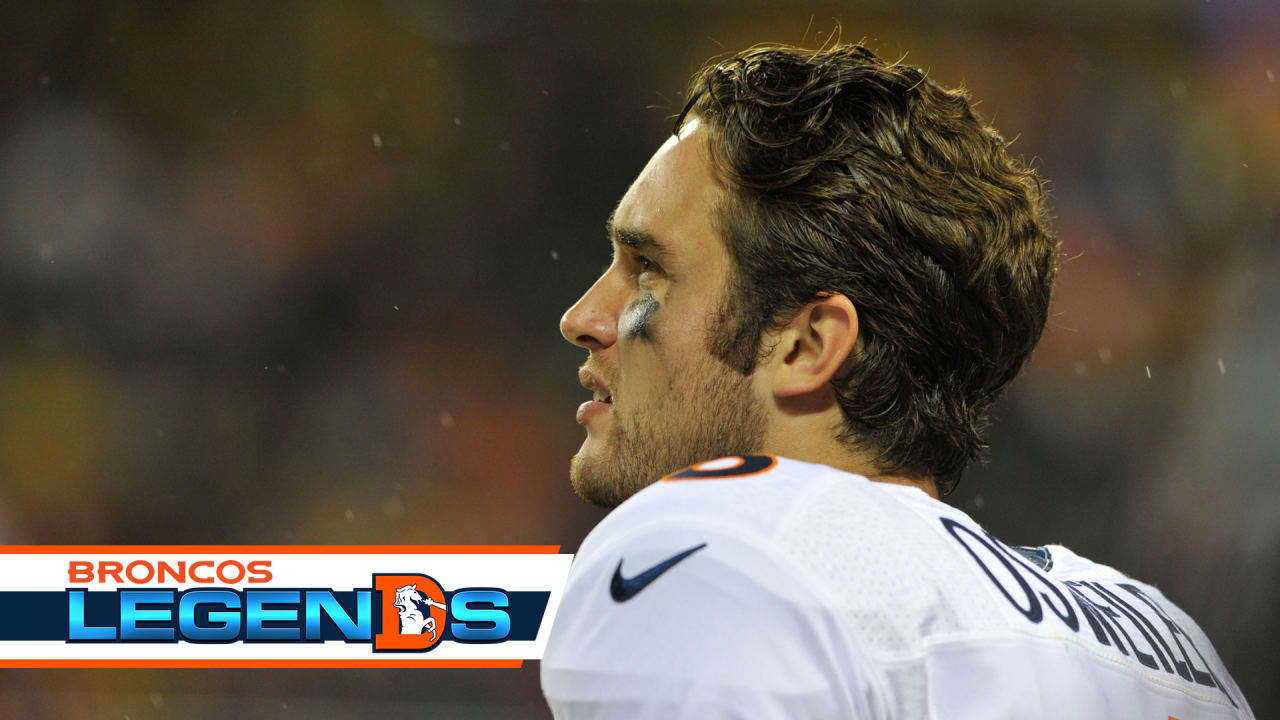 Osweiler’s first start couldn’t have begun much better. His second pass went for a touchdown, as he found an open Demaryius Thomas, who turned the mid-range catch over the middle into a 48-yard catch-and-run score. Osweiler and the offense weren’t able to burn the Bears as easily the rest of the day, but he avoided turning the ball over and added one more touchdown pass. Though the Bears had a chance to tie the game at the end with a two-point conversion, they couldn’t get to the goal line, and the Broncos defense sealed the close win.

On the heels of the Broncos’ first win with Osweiler under center, the young quarterback would need to build on his solid start as Denver hosted the 10-0 Patriots. At 8-2, the Broncos needed to win to keep pace in the race for the top seed in the AFC, so this would not just be a vital test for Osweiler.

Through the first 46 minutes, it appeared that Denver would not pass this test. Shortly after the start of the fourth quarter, the Broncos fell behind 21-7 and the Broncos went three-and-out on their ensuing possession. Denver’s chances seemed bleak. But the Patriots muffed the punt, the Broncos recovered, and Denver found the end zone to cut the lead to 21-14.

Osweiler helped Denver add three more points on their next drive, and with 2:31 left in regulation, he had a chance to deliver the go-ahead touchdown. With two completions of at least 36 yards, Osweiler got Denver into the red zone; then, he found Andre Caldwell in the end zone to take a 24-21 lead. New England drove for a game-tying field goal as time expired, but C.J. Anderson gave the Broncos a walk-off win with a 48-yard touchdown in the snow in overtime.

Amid some significant struggles by the entire team in 2017, the Broncos rotated quarterbacks several times. Osweiler got his chance with three starts from Week 9 through 11, which happened to include games against the eventual Super Bowl champion Eagles and the AFC champion Patriots. After a loss to the Bengals, the Broncos shifted their starter under center once more.

Four weeks later, Osweiler returned to the field on national television for “Thursday Night Football” in Indianapolis. When Siemian got hurt late in the first quarter, the Broncos were down 7-0. That deficit expanded to 10-0 after a three-and-out, but Osweiler got back on track after that. On the next drive, he capped a 75-yard drive with an 18-yard touchdown run. Then, on the Broncos’ first drive of the second half, he found receiver Cody Latimer for a 22-yard touchdown to take a 14-13 lead. He kept it going on Denver’s next possession, too, as he hit tight end Jeff Heuerman with a strike over the middle for a 54-yard touchdown.