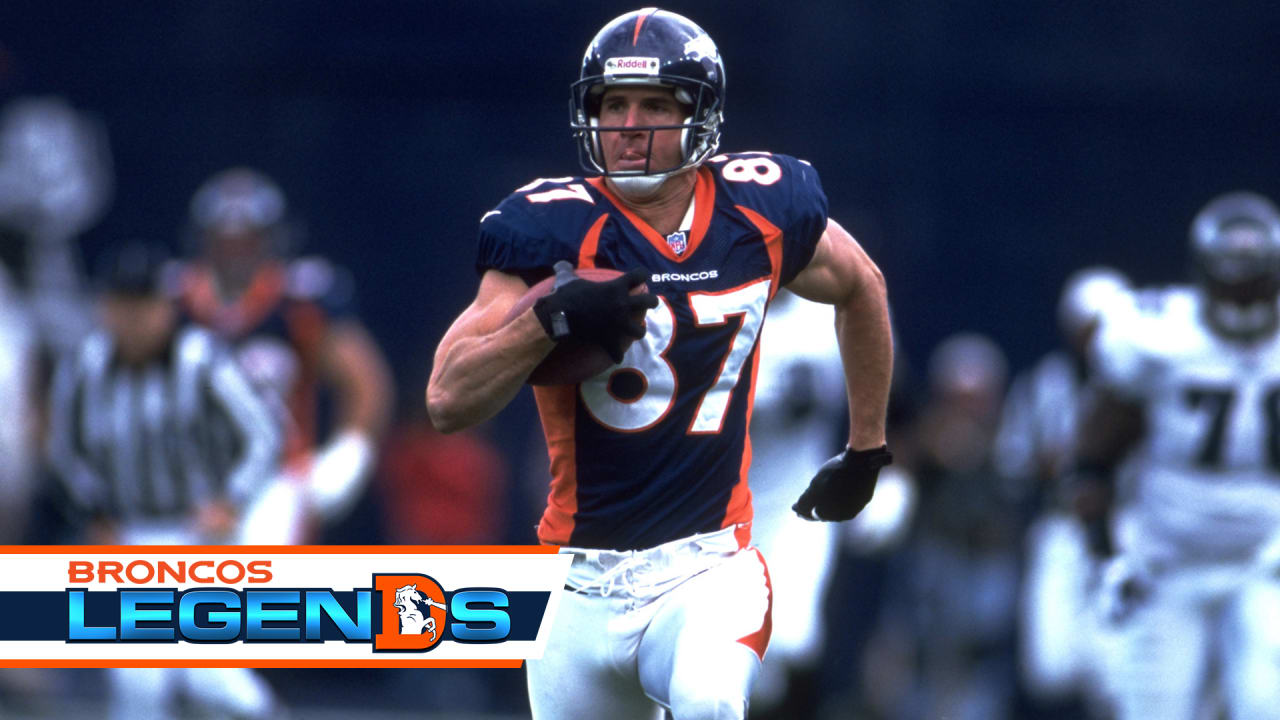 In our Broncos Legends series, we’re revisiting the careers of some of the best players in franchise history with video highlights and rarely seen photos — and they’ll join us to break down their favorite moments as a Bronco and more. We continue the series with Pro Bowl wide receiver Ed McCaffrey. Here’s a refresher of his time in Denver.

A former third-round pick by the New York Giants, McCaffrey joined the Broncos as a free agent in 1995 following three years in New York and a one-year stint with the 49ers. Mike Shananan brought McCaffrey with him from San Francisco to Denver when he became the team’s head coach in 1995.

McCaffrey was simply a spot starter early in his career, as he started just four of his first 64 games in the league. In Denver, though, McCaffrey developed into one of the franchise’s leading receivers. After starting five of 16 games in 1995, McCaffrey started all 76 of the games in which he appeared over the next five seasons.

During that span, McCaffrey was a key contributor on two world-championship teams. In 1997, he caught 45 passes for 590 yards and eight touchdowns before adding a touchdown during the 1997 postseason. McCaffrey was the Broncos’ leading receiver in Super Bowl XXXII as he caught two passes for 45 yards. A year later, McCaffrey made an even bigger impact. He was selected to the lone Pro Bowl of his career with a 1,053-receiving yard, 10-touchdown output in 1998. He caught 64 passes that year as the Broncos earned back-to-back world titles.

Following John Elway’s retirement after the 1998 season, McCaffrey continued to post solid numbers. He recorded his second career 1,000-yard receiving season in 1999 and added a 101-catch, 1,317-yard, nine-touchdown effort in 2000.

McCaffrey played with the Broncos through the 2003 season, though his 2001 campaign was cut short after one game after he suffered a broken leg on “Monday Night Football” on Sept. 10, 2001.

He caught at least one pass in 68 consecutive games from 1997 to 2003, a streak that ranks third in franchise history.

“He is going to be remembered by me and by most of the fans here as the bravest and most courageous player to play for the team,” said late Broncos Owner Pat Bowlen following McCaffrey’s retirement.