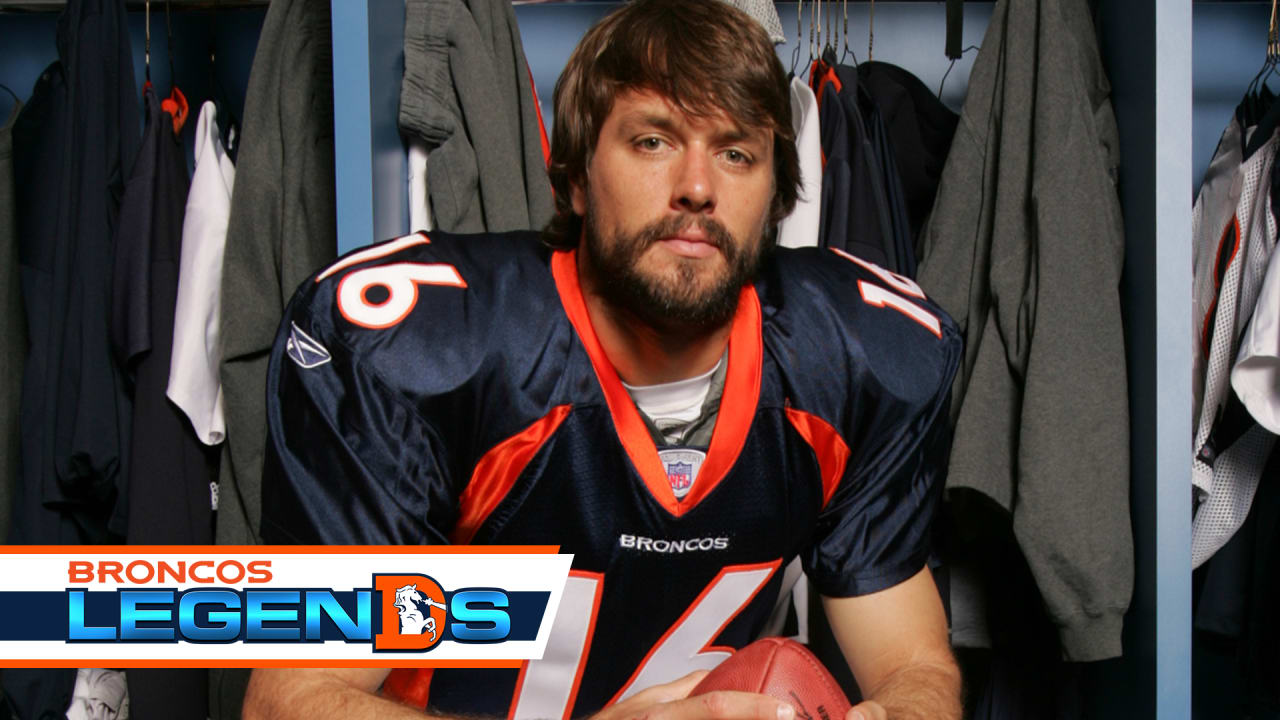 In our new Broncos Legends series, we’ll revisit the careers of some of the best players in franchise history with video highlights and rarely seen photos — and they’ll join us to break down their favorite moments as a Bronco and more. Former Pro Bowl quarterback Jake Plummer is leading us off, and as we begin, here’s a refresher on his time in Denver.

Plummer joined the Broncos as a free agent in 2003 following a six-year stint in Arizona to start his career. A former second-round draft pick in 1997, Plummer played his collegiate football at Arizona State, where he finished third in the Heisman Trophy vote and led ASU to a Pac-10 title as a senior. The Sun Devils nearly won a national title that year behind Plummer’s play.

In Denver, he brought stability to the Broncos’ quarterback room. The Broncos had been in search of a long-term option at signal caller following John Elway’s retirement in early 1999, and Plummer provided that for the better part of four seasons. Plummer started 54 games during his four years in Denver and led the Broncos to playoff berths in three consecutive seasons from 2003-05. “Jake the Snake” set the franchise record for passing yards in a game when he threw for 499 in an October game against the Falcons. The record still stands. A year later, during that third playoff run, Plummer and the Broncos went 13-3 and defeated the New England Patriots to advance to the 2005 AFC Championship.

The mobile Plummer made his lone Pro Bowl in 2005, but he posted higher yardage and touchdown totals in 2004, as he threw for 27 touchdowns and more than 4,000 yards. His 20 interceptions that season, though, did drop to just seven in 2005. He made the NFL’s all-star game after initially being named an alternate.

Plummer played just 11 more games for the Broncos after the team’s stellar 2005 season, as he was replaced by Jay Cutler late in 2006.