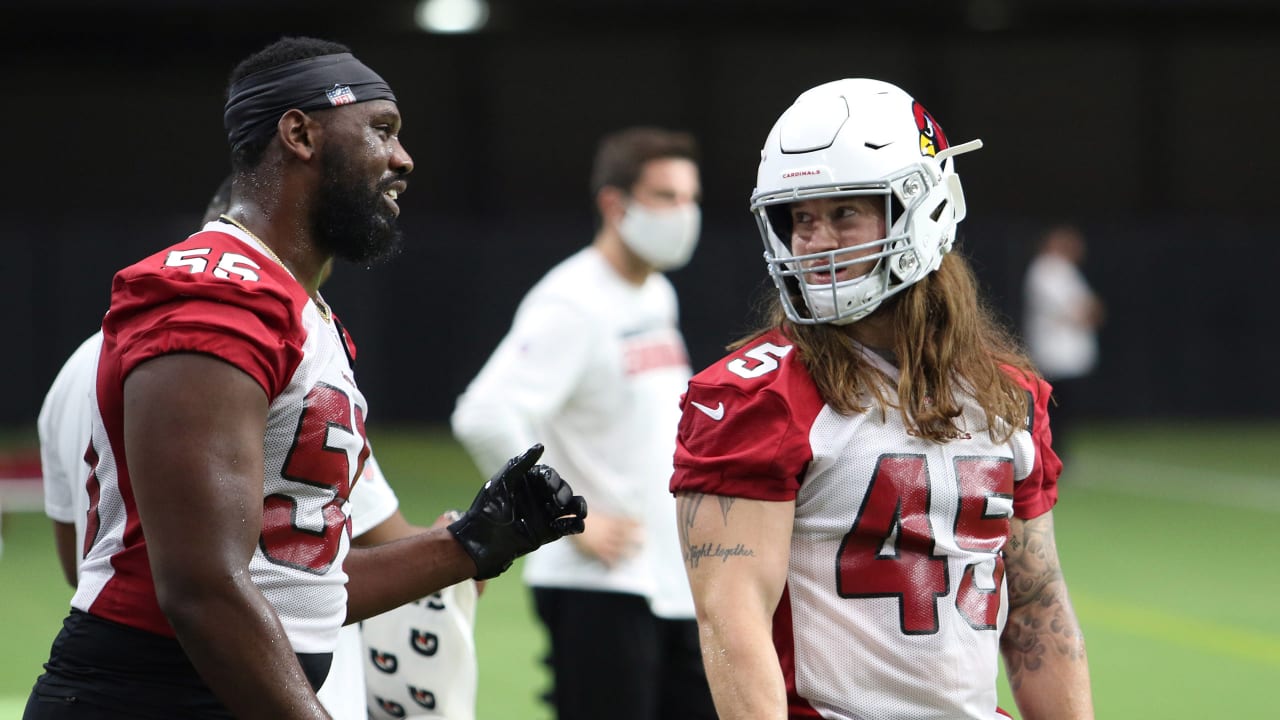 Kingsbury and outside linebacker ﻿Devon Kennard﻿ were quick to say that good fortune is still playing a major role in the Cardinals’ favorable health, and that any misstep could have serious ramifications.

“I think we all need to keep that feeling of uneasiness,” Kingsbury said. “I think it keeps us prepared and taking the proper precautions – never really letting up because it’s going to be a constant battle to stay COVID-free as an organization. I expect there always to be that underlying thought (of) ‘Hey, fellas, even though we’ve done well this far, we’ve got to stay on top of that.’ That’s everybody in this country and this world right now.”

There are myriad procedures in place at State Farm Stadium and the accompanying Renaissance Hotel where many players stay. Physical distancing and mask reminders are ubiquitous, and setups like the grab-and-go meal room encourage proper adherence to the protocols.

The regular COVID-19 testing is easier than Kennard envisioned.

“I definitely had to get used to the swabs in the nose, but I was grateful it’s not the ones I was seeing videos of, that were all the way up in their brain,” Kennard said. “I was freakin’ sweating bullets worried about that’s how the test was going to be, and I have to do that every day. It’s just a little bit into your nose. It just tickles.”

Kingsbury has said multiple times that he expects the Cardinals to get a positive test at some point, because the coronavirus is so widespread.

There is plexiglass separating the players in the locker room, but in order to be proactive, position groups are no longer bunched together, lowering the chances of a subset of the roster getting hit particularly hard.

“You don’t want your whole position group to get wiped out from COVID,” Kirk said.

This is an unusual training camp in the midst of an unusual season, but the familiar sign of players practicing on the field was a nice jolt.

“It’s funny,” Kirk said. “We were all talking about the last week before we came to Glendale, the last week of Zoom meetings, how tired and fed up we were of it, just because we wanted to get back and be around the guys in the locker room, have that camaraderie. It’s just been good. Everybody has been buying into the process, and it was nice to put it all together out there today.”

Kingsbury said the team will ramp up slowly over the next several days, followed by a fully padded practice on Monday. That is less than a month before the scheduled regular season opener on Sept. 13 against the 49ers.

“There is a lot to be accomplished,” Kingsbury said. “We understand that. We’ve got to make up for lost time, and I think our guys have had the right attitude. … We have lofty goals moving forward, and it’s going to take a lot of hard work.”