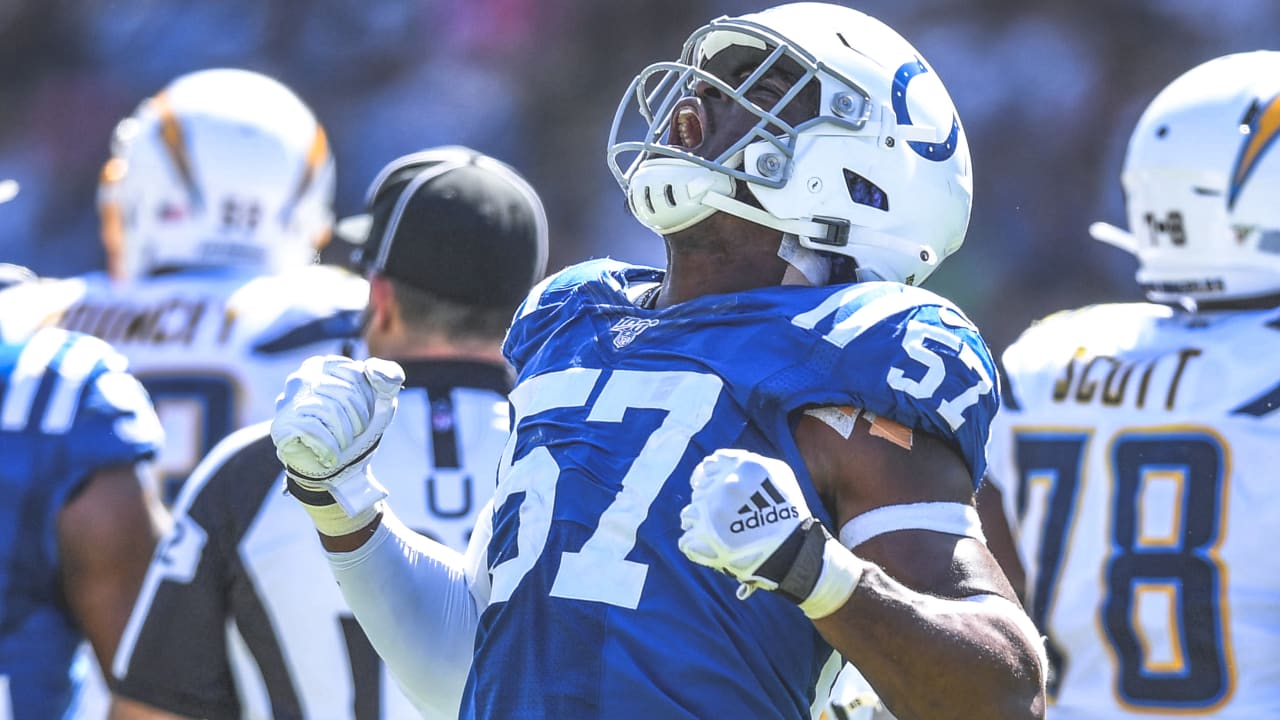 Turay played collegiately at Rutgers, where he mostly lined up as an outside linebacker and didn’t quite have the same number of pass-rushing opportunities as the other top talents in his draft class. But Turay did produce plenty of pressure in those instances he was going after the quarterback, and after an impressive performance at the Senior Bowl, the Colts and general manager Chris Ballard were comfortable enough using a second-round pick (52nd overall) on him in the 2018 NFL Draft.

Turay played a bit of a limited role his rookie year; he had four sacks, 13 quarterback hits and forced a fumble, but his 14.8-percent pressure rate, according to Pro Football Focus, ranked eighth among qualifying edge rushers.

More was added to Turay’s plate in 2019, and after a solid offseason of work developing his moves and techniques, he seemed on the brink of a stellar Year 2. At the time he was placed on injured reserve with his ankle injury, Turay’s 91.0 PFF pass-rushing grade and 22.9-percent pressure rate ranked second in the NFL; he finished the year with five tackles, 1.5 sacks, five quarterback hits and one forced fumble.

Ballard has said he believes edge rusher might be the hardest position of any to develop in the NFL, which made Turay’s injury in 2019, right when he seemed to be coming into his own, a harder pill to swallow at the time.

“It takes time for those guys (to develop) … Absolutely, (if) you can get a Dwight Freeney that’s a special, special one, but when you don’t get a special one that comes and lights it up right away, you’ve gotta be able to draft guys with traits and then develop them,” Ballard said in a January appearance on 1075 The Fan’s “The Dan Dakich Show.” “And that was the shame (with) Kemoko Turay. I mean, that was a big loss for us.”

Turay has worked his way through the recovery and rehab process, and has been right back on the practice field with Mathis once again this offseason. Like Mathis — the Colts’ all-time leader with 123.0 sacks — Turay brings a rare blend of get-off, speed and bend that can make Sundays miserable for opposing tackles and quarterbacks, Reich said.

“That combination of speed, get-off and instincts – some guys have a natural feel to that and he’s got that,” Reich said. “But the other big thing is bend. How can you bend around a corner? All of these guys can bend, right? All of these pass-rushers at this level can bend, but there is that extra 10 percent of bend, and Kemoko has that. It is just a God-given ability that you can go fast, bend and not lose speed.”

But another big part of Turay’s game is his size.

“Some of the good edge pass-rushers in more recent years have gotten smaller and faster. Well, Kemoko is still big and long so he has that length with get-off, with bend,” Reich said of the 6-5, 248-pound Turay. “That is a dangerous combination.”

While Turay’s immediate availability for the start of training camp is yet to be announced, he’s expected to compete for the open starting defensive end job opposite Justin Houston heading into the 2020 season.

“We are really excited,” Reich said. “With the addition of DeForest (Buckner) and of course Justin (Houston) coming off a great year, we feel really good about our up-front unit on defense.”

Matt Rhule has final say on roster, but “that’s…

Allen Lazard has come into his own in second…