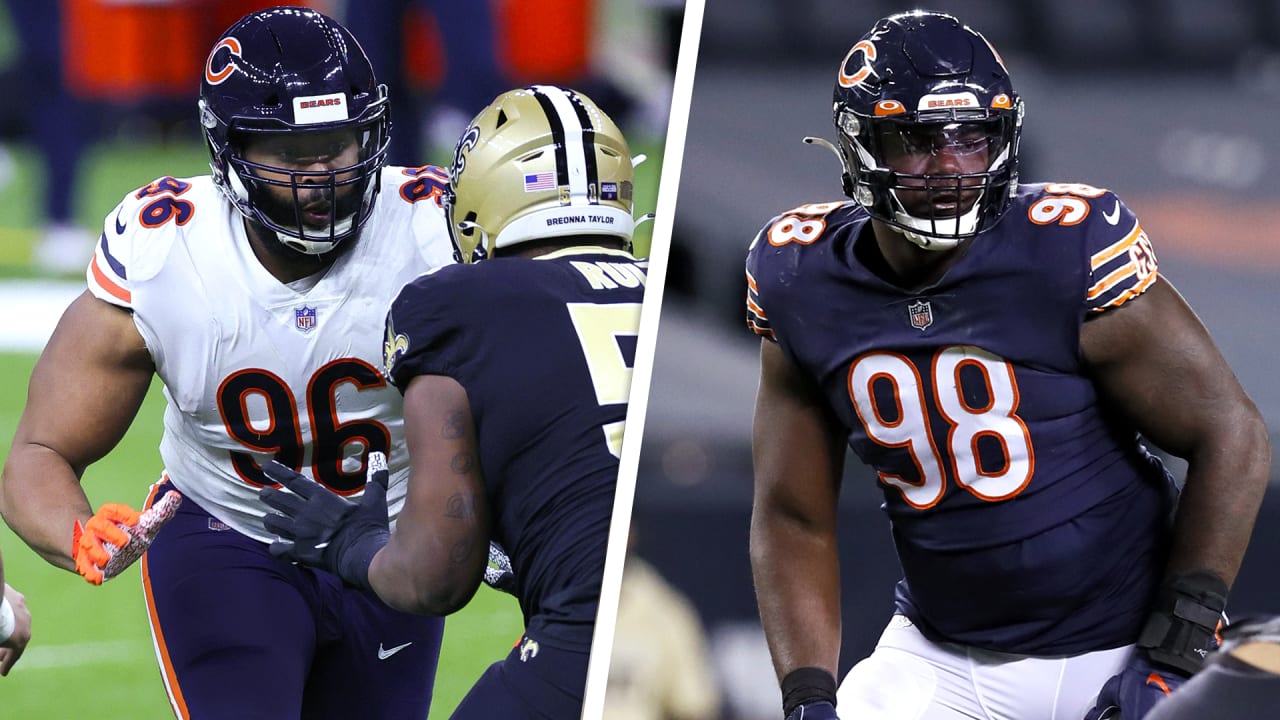 Goldman, meanwhile, did not participate in the Bears’ voluntary offseason program and was an unexcused absence at the mandatory full-squad minicamp. But coach Matt Nagy said at the time that he expects the veteran nose tackle to report to training camp later this month.

“I don’t think it’s in doubt,” Nagy said in mid-June. “I really feel confident that he’s going to be here … We fully expect him to be there.”

Selected by the Bears in the second round of the 2015 draft out of Florida State, Goldman has appeared in 67 games with 63 starts over five seasons. He has compiled 153 tackles, 12.5 sacks and 17 tackles-for-loss. The 6-3, 318-pounder earned Pro Bowl alternate honors in 2019 after registering 29 tackles, one sack and two tackles-for-loss.

After a productive first season with the Bears in 2020, veteran defensive end Mario Edwards Jr. will return after signing a three-year contract.

Edwards originally joined the Bears last Sept. 8, five days before the season opener in Detroit. He appeared in 15 games, all as a reserve, and set career highs with 4.0 sacks and six tackles-for-loss while also producing 17 tackles and seven quarterback hits. He followed with four solo tackles and two tackles-for-loss in the wild card playoff game in New Orleans.

Last season Blackson was a key member of Arizona’s defense. Playing in all 16 games with nine starts, he equaled career highs with 24 tackles and 2.5 sacks and established personal highs with four tackles-for-loss and eight quarterback hits. He also played a career-high 50 percent of the Cardinals’ defensive snaps.

“Angelo fits in as far as the physical traits, the size,” Rumph said. “He gives us a little more juice. We’ve got some big guys that I like to call big grinders up in there, and Angelo, he’s a bigger body, but not quite as big. He gives us just a different curveball. We’ve got those big guys in there throwing fastball, fastball, and then we have a guy like himself and Mario Edwards, guys that are changeups. I think it will be a good mixture for the room.”

The Bears followed by spending a seventh-round draft pick on nose tackle Khyiris Tonga﻿, a powerful run stopper who can also push back the pocket. The 6-2, 326-pounder appeared in 47 games in four seasons at BYU, generating 130 tackles, 16.0 tackles-for-loss, 8.5 sacks, 12 pass breakups and two forced fumbles.

Other defensive linemen who will compete for roster spots in training camp and the preseason include eight-year veteran Mike Pennel﻿—who was signed by the Bears after participating in the full-squad minicamp on a tryout basis—first-year pro LaCale London﻿, and undrafted rookies Daniel Archibong and Sam Kamara﻿.