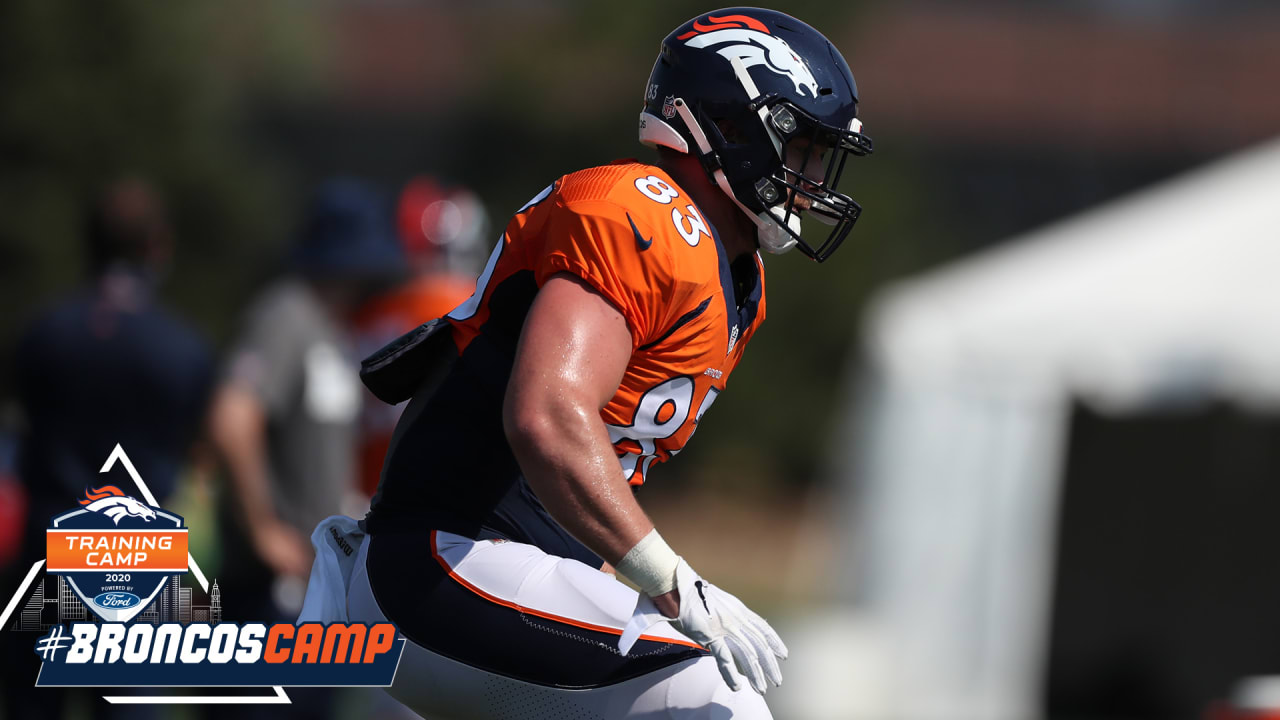 Activated from the list earlier on Monday morning, Beck received reps with the tight ends during individual period and rejoined the team for 11-on-11 and 7-on-7 periods as the offense went head-to-head against the defense over the course of the 90-minute practice.

The change follows a week or so in which Beck followed the NFL’s protocols for returning after being placed on the Reserve/COVID-19 list, including extensive conditioning work. During the previous two training camp practices, he watched from a side field.

After Beck’s first full practice, Head Coach Vic Fangio said he hadn’t yet heard from the trainers or Beck himself about how it went, but he didn’t have any concerns.

“That’s one of the things with COVID that happens with some guys; it attacks your conditioning and your conditioning and your capacity to work for longer stretches of time,” Fangio said. “It’ll be interesting to see how he thought he fared today, if he thought he could have done more or we gave him just about the right amount of work. I haven’t found that out yet, but I’m confident he’ll make a quick recovery, or as quick as anybody can, because that’s just his mentality and the type of guy he is.”

With Beck back, the tight end group is almost at full strength. Only second-year player Austin Fort remains out, as he continues to recover from a knee injury. Fangio did expand a little more on Fort’s time table, which he described as “at least four to eight weeks.”

Wide receiver Juwann Winfree did not practice with the team on Monday, as he continues to recover from a groin injury. Winfree worked out with trainers on a side field, as he did Sunday. He could be back soon, though, as Fangio described him as “day to day.”