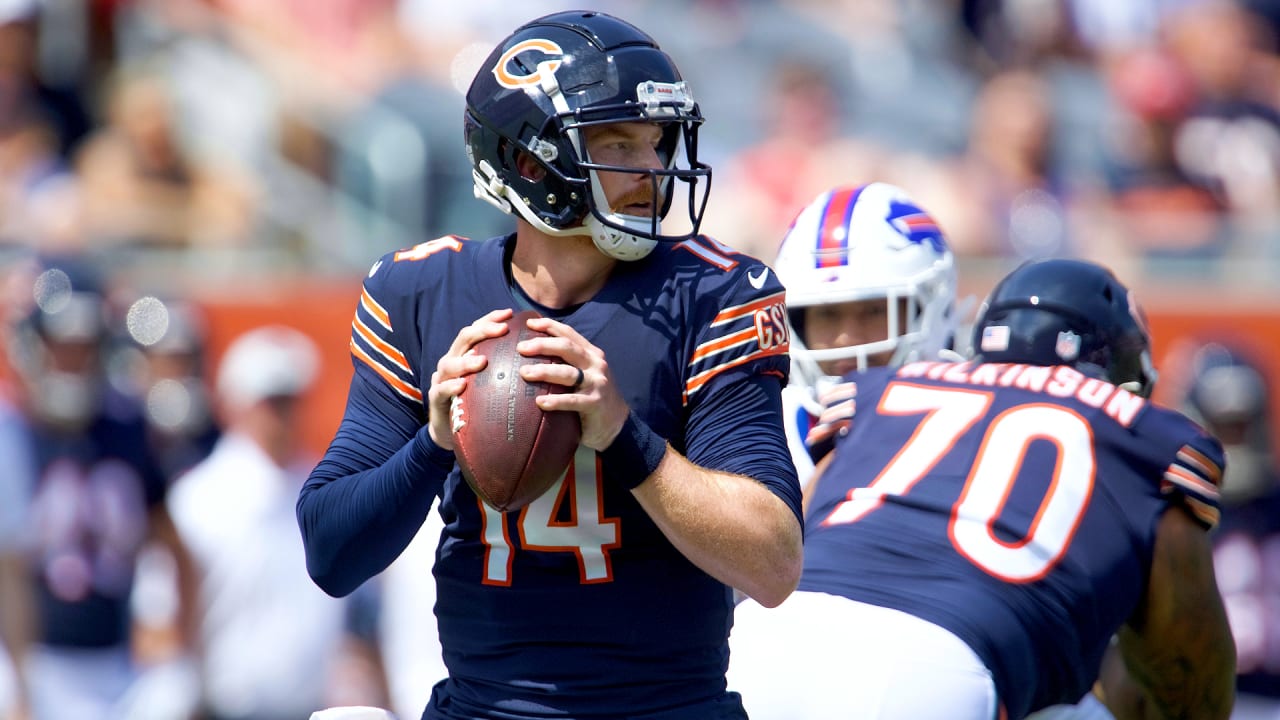 “Just the way he commands the huddle, the way he calls his plays, you can tell somebody who’s confident just by how they approach things. You can kind of feel that energy, and I like the energy that he gives.”

After spending nine seasons as the Bengals’ No. 1 quarterback, Dalton signed with the Cowboys last year to back up Dak Prescott. But Prescott sustained a season-ending injury and Dalton ultimately made nine starts.

A year later, Dalton signed a one-year contract to be the Bears’ starting quarterback. Although he has welcomed the opportunity to mentor promising young first-round pick Justin Fields﻿, Dalton is focused on making the most of his chance.

“I’m in a great opportunity right here,” Dalton said. “I knew coming in that I’d get a chance to start here. That’s my focus, is on this year. The rest of my career is going to take care of itself, but my focus is on what I’m doing now. This is a big year for me and I’ve got to go just play like I know I can play.”

With the NFL eliminating the fourth preseason week this year, Dalton and his teammates have an extra week to build cohesiveness heading into the regular season.

“Going into Week 1, it’s the longest time you have to prepare for a game,” Dalton said. “It’s just more time to watch tape, more time to just learn the opponent. That’s just kind of where we’re at now is making sure that you’re spending that time because you do have the extra time going into Week 1.”

The Bears’ first-team offense never played together as a unit during the preseason. Skill position players saw limited action in the first two games before sitting out last Saturday’s finale, while left tackle Jason Peters﻿, right guard James Daniels and right tackle Germain Ifedi didn’t play in the preseason until the last game.

Despite their lack of game reps together, Dalton believes in the offense.

“That’s the confidence that we have in our group,” Dalton said. “When we’re all together and we’re all playing like we know we can play, there’s a lot that we can do.”

Tags: dalton he his