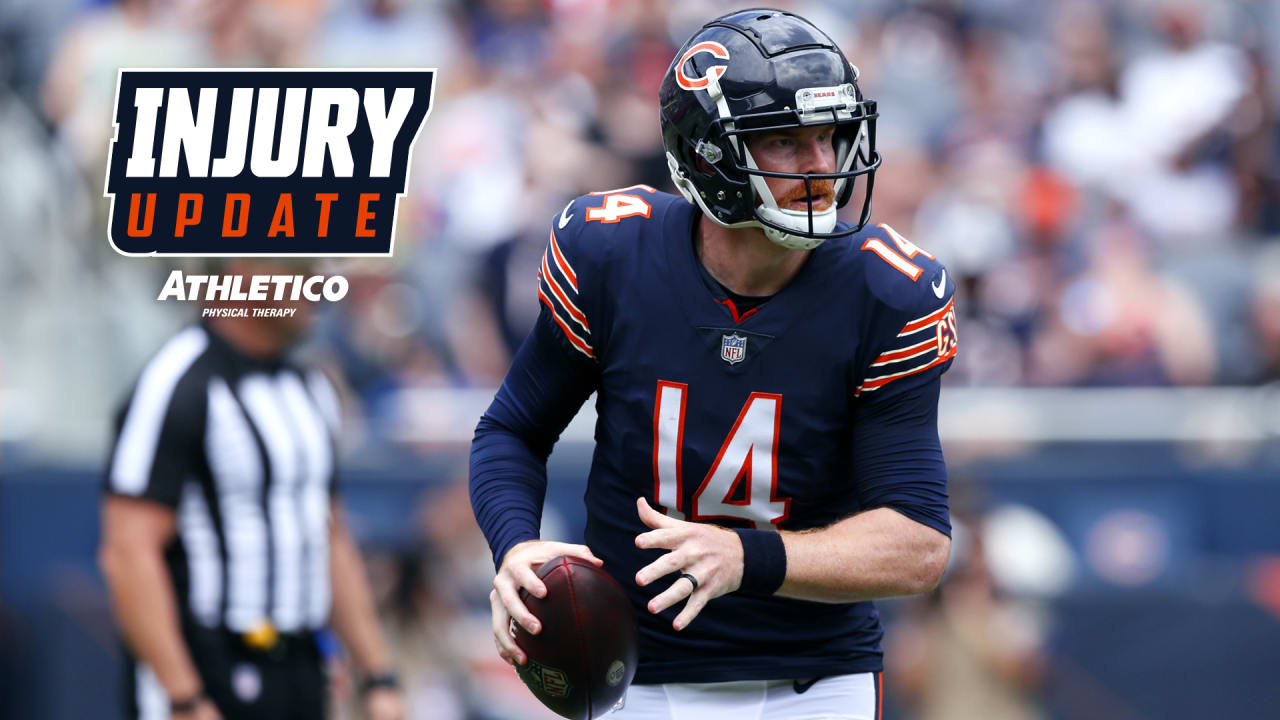 “Justin is continuing to improve every day, but as I’ve said from the start, we want to make sure that we’re always putting him and these players in the best position possible,” Nagy said. “So he’s working toward that. If he’s going to be up, then we’d want him to be the starter. That’s why we’re making that decision, and the guys have been great about it.

“We had a good day out there today with Andy going in the red zone, and we’ll roll with that. We’ll continue to get Justin going and do everything that he can to get ready for next week, and of course his health is going to be the No. 1 concern as we do that.”

In his first season with the Bears, Dalton has appeared in six games with four starts, completing 64.1 percent of his passes for 1,017 yards with six touchdowns, six interceptions and a 79.9 passer rating.

Dalton signed a one-year contract with the Bears in March after spending his first 10 NFL seasons with the Bengals (2011-19) and Cowboys (2020).

He started the first two games of the season before sustaining a knee injury in a Week 2 win over Cincinnati. Dalton’s next extended action came Nov. 21 against the Ravens after Fields exited with a knee injury. Dalton started the next two contests, including a Thanksgiving win over the Lions in which he passed for 317 yards, the most by a Bears quarterback this season.

Fields has not played since hurting his ankle Dec. 20 against the Vikings. He sustained the injury in the second quarter but finished the game. This season, the rookie has connected on 58.9 percent of his passes for 1,870 yards with seven touchdowns, 10 interceptions and a 73.2 passer rating. He’s also rushed for 420 yards and two TDs on 72 carries.

Foles, meanwhile, saw his first action of the season last Sunday in Seattle, leading the Bears to a thrilling 25-24 comeback win. The 10-year NFL veteran threw for 250 yards and posted a 98.5 passer rating. Trailing 24-17, Foles connected with Jimmy Graham for a 15-yard touchdown and Damiere Byrd for the game-winning two-point conversion with 1:01 remaining.

Hicks returned to practice Friday on a limited basis after being removed from the reserve/COVID-19 list. Goldman was a full participant in practice all week despite a finger injury. Peters worked out without restrictions Friday after being limited Wednesday and Thursday with an ankle injury that has forced him to miss the last two games. Shelley sat out Wednesday, was a full participant Thursday and was limited Friday with a heel injury.

Tight end J.P. Holtz did not practice this week and is doubtful for Sunday’s game due to an undisclosed personal issue.

Tags: dalton he his