It took many tries and a strong wind at his back, but Harrison Butker made a 77-yard field goal this spring while working out at a Kansas City-area park.

Windy day in Kansas City, but never going to pass up the opportunity! #77yards 🙌🏼 👊🏼 pic.twitter.com/wyy4nJwNu1

It was the longest successful kick of Butker’s career, practice or otherwise, surpassing the 72-yarder he made in warm-ups before the Kansas City Chiefs‘ game last November in the altitude of Mexico City.

Consistency, not range, has already made Butker one of the most accomplished kickers in team history. Butker’s field goal percentage of 89.7 since joining the Chiefs in 2017 is the franchise’s highest ever.

Butker has only two of the Chiefs’ 15 longest field goals, however, both coming last season. He made a 56-yarder last December against the Bears in Chicago and a 54-yarder on a windy November day at home against the Minnesota Vikings.

But his 77-yard try, even under favorable conditions, makes it natural to wonder whether the next frontier for Butker is longer kicks, maybe even threatening the NFL record for longest field goal of 64 yards, set by Denver’s Matt Prater in 2013.

“In terms of the NFL record, there are a ton of kickers that have the leg to make a field goal … in a game situation,” Butker said. “It’s just, does the coach want to put the kicker out there, because if he misses, now the other team gets the ball with great field position? So you kind of have to get set up with end-of-half, end-of-game situations. I don’t think we’ve had that situation where it would have been that long of a field goal. But I think definitely when it’s warm out, I’d be prepared to make that kick. 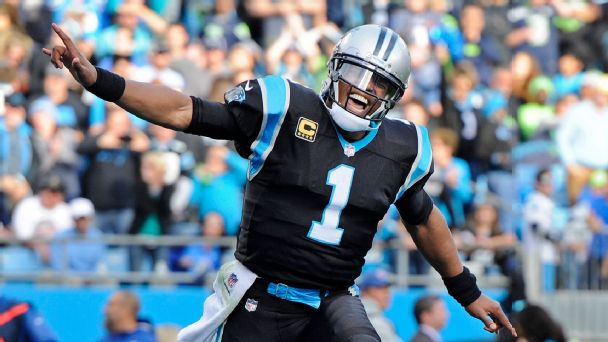 • Why Cam Newton’s a no-brainer for Patriots
• Chiefs K Butker wants to stretch out his range
• Pressure is on Falcons’ new-look defensive line
• Rebuilding Jaguars D better up front, worse in back
• How Byron Leftwich can help Tom Brady

“I feel super comfortable kicking from distance. Obviously, we’re not going to be kicking field goals from [77 yards] most likely in a game, but it’s going to help me a lot when it’s a 55-yarder, wind’s in your face in January and February. That’s what I’m training for, to be able to make those kicks.”

Butker has been a success since joining the Chiefs in the middle of the 2017 season, when he was signed off the practice squad of the Carolina Panthers. He made a game-winning 43-yard field goal with four seconds remaining on a Monday night against Washington in his NFL debut. He made 23 straight field goals at one point that season.

His longest field goal until late last season was a 54-yarder in 2018 against the Seattle Seahawks. He matched that last season against the Vikings on a day that then-Chiefs punter Dustin Colquitt, who served as Butker’s holder, called one of the trickiest of his career because of the wind.

“For kicking, in general, it’s hard to do that on days like [that],” Colquitt said of Butker, who also made a 44-yarder on the game’s final play to give the Chiefs a three-point victory. “He stuck with it, kept his head down, hit two big kicks for us.”

His success on kicks like that have the Chiefs warming to the idea of allowing Butker to attempt longer kicks, like the one he made at Soldier Field.

“It was a great kick,” special teams coordinator Dave Toub said of Butker’s 56-yard field goal in Chicago. “To do that in Soldier Field — I mean, the weather wasn’t brutal, but it wasn’t perfect, either. It was really impressive, what he did. That’s going to help him as far as confidence goes and going forward into the playoffs, that being the longest one that he has made in a game. He’s done a lot longer in practice. But in a game situation, that was his best. That was impressive.”

Butker has shown leg strength during in-game kickoffs. He hit an 80-yard kickoff last year in the playoffs against the Texans, a kick that was tied for longest in the NFL in 2019. Butker said he was better prepared to make longer kicks than he was when he joined the Chiefs.

“One thing I struggled with in Carolina and then in the 2017 season is I was getting under the sweet spot a lot, so the ball was spinning a ton,” he said. “It was going straight, which was great. I made a lot of kicks in 2017. [But] I had a 49-yarder against the Texans in 2017 where the ball barely went over the crossbar. So I had enough leg to make the kicks, but I’m not quite hitting the sweet spot. In 2018, I made some adjustments. I went from a jab two-step kicker to just a two-step kicker. … It wasn’t until probably 2019 that I felt super comfortable with it.

“In the offseason, that’s kind of when you’re messing around a little bit,” Butker said. “Typically, in a normal practice, I would never go back to that distance. I think when you start getting 77 yards, you’re doing some different things with your technique to get the ball as far as you can.

“I just kept pushing the ball back, and no, I wasn’t very accurate from back there, but I made one and it kind of went viral on social media. That was pretty fun to do.”

Patrick Mahomes looks in MVP form at start of…