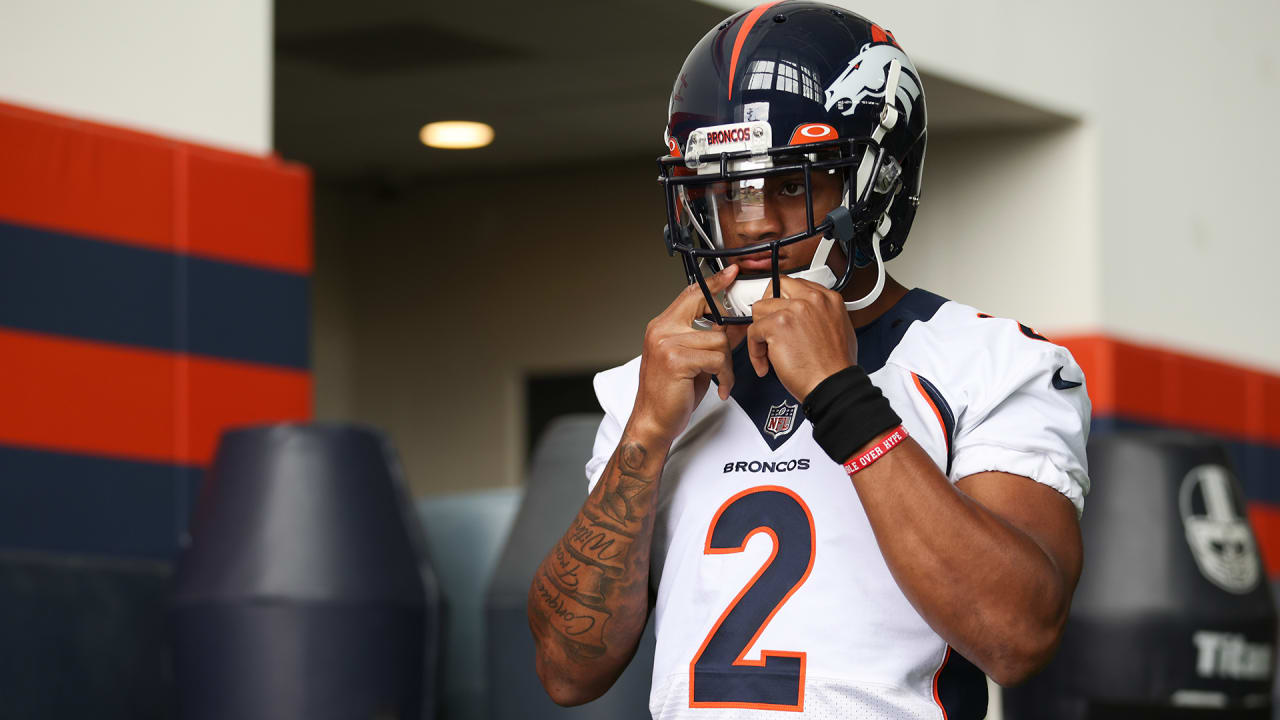 ENGLEWOOD, Colo. — As the Broncos finished their morning walkthrough on Friday during their 2021 rookie minicamp, Head Coach Vic Fangio looked to the sky.

Overhead, a cadre of five jets flew over UCHealth Training Center in tight formation. In the spring sky, the jets split off from each other, reversed course and roared back over the Broncos’ facility in a single-file line.

Fangio — on the field with nine of the team’s draft picks and a collection of nearly two dozen college free agents, tryout players and first-year players — thought at once of the work that the routine must have required.

“My first thought when I saw all that was, ‘Man, that must’ve taken a lot of practice,'” Fangio said Friday ahead of the first true practice of rookie minicamp. “That practice developed a lot of trust between those five pilots. They were flying close together for a while.

The Broncos’ rookie minicamp practices, though, will be more about building the foundation for young players than it will be about full-speed action.

“We want to teach them a lot of stuff mentally is job one,” Fangio said of the goals for minicamp. “We just had a walkthrough out there, and I was impressed with what the guys were able to learn during the meetings that we had with them last night and this morning. They did a good job. Obviously, at that tempo it’s a little bit different than real life, but I think they’ve done a good job learning up until this point and that’s what we need to continue.”

Fangio said the team planned to do individual work, routes against air and a skeleton drill — usually 7-on-7 — during their Friday afternoon session. Fangio said the Broncos did not have enough defensive lineman on their rookie minicamp roster to take part in 11-on-11 team drills.

As the rookie minicamp began, Fangio got his first in-person look at the team’s rookie class, including the following three players:

As the ninth-overall pick adjusts to life in the NFL, Surtain will soon work to learn both the outside cornerback positions and the slot cornerback role.

“As you guys have heard me say many times, there are five and six DBs on the field a lot in the NFL,” Fangio said. “We’re no different than many of the other teams. If he’s capable of having positional flexibility, that helps us get our so-called best players on the field at the same time. We need corners that can play inside. He has experience doing that in college. I think he’s probably capable of it. We’ll never know for sure until we put him in there. But he’s definitely a guy we want to teach the inside positions at some point quickly.”

Surtain said he will ease the challenge of playing in both roles by learning the foundation and concepts of the defense, rather than focus on two individual positions.

“What I try to do [is] I’m trying to learn the whole defense right now,” Surtain said. “I’m trying to see what the safeties do, and what the nickels and corners do, so when I’m on the field, I’m confident and I’ll know everybody’s roles. If I were to be put in that position, I would be very comfortable. I’m doing that right now.”

Surtain said he was “grateful” to be on the field for his first practices, and he noted he would attempt to take on a leadership role as the highest pick in this year’s class.

As he does so, he’ll try to tune out the chatter he’s heard from outside the building about how the Broncos would have been better served to select a quarterback with the ninth-overall pick.

“I’ve heard it before,” Surtain said. “I try to cancel out all that noise. I just have to go out there and compete and make them … wrong.”