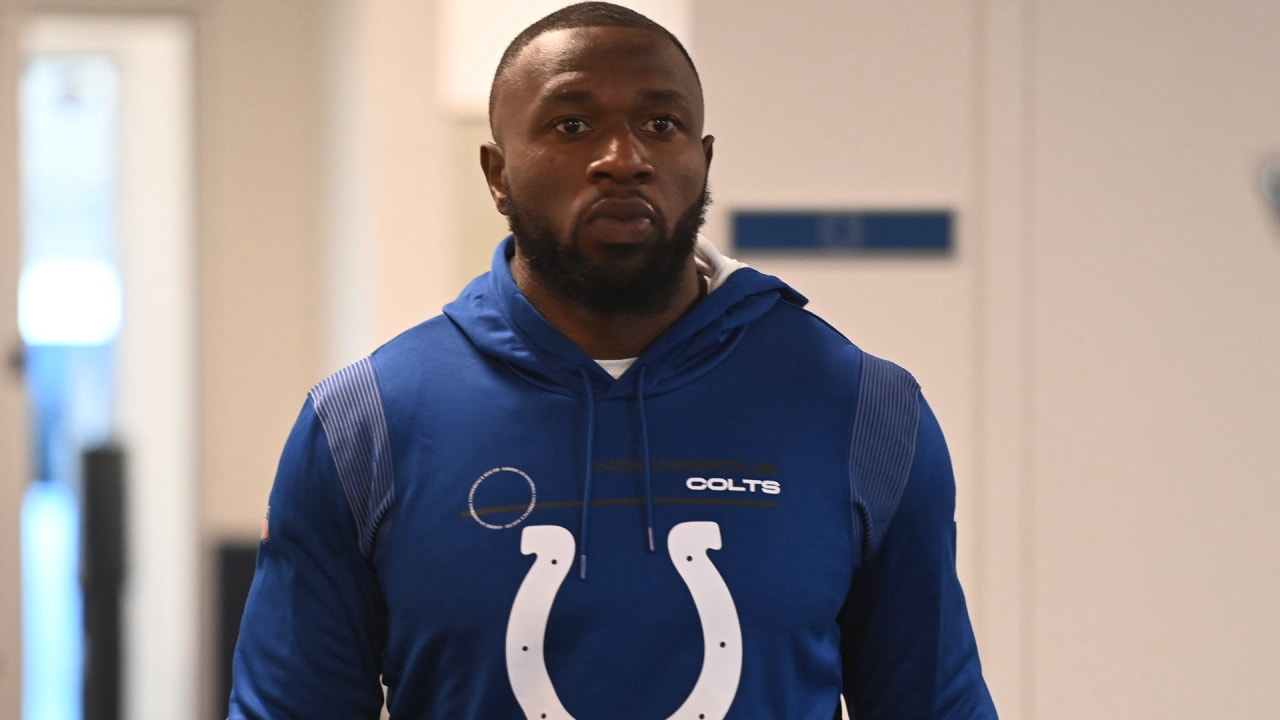 One of Ngakoue’s 10 sacks in 2021 came against the Colts in Week 17 – a game in which offensive lineman Matt Pryor, who signed a contract extension with the Colts on Wednesday, started at left tackle.

“He’s up there, man,” Pryor said. “He has a high motor, he’s pretty quick off the edge and he’s one of those guys you never know what kind of move he’s gonna give to you.

“… I feel like any elite end or D-tackle, they have different moves in their arsenal to combat an offensive lineman and set up their next move. That’s something he brings to the table.”

Those traits feel like an ideal fit for the way with which Bradley and defensive line coach Nate Ollie want their pass rushers to play.

Ngakoue met with Ollie on Thursday and said he’s excited to play under that directive.

“I feel like it fits me really well, being able to have great explosion off the ball,” Ngakoue said. “He’s basically allowing me to be able to flourish with the talent I have.”

While Ngakoue sees himself flourishing with Bradley and Ollie, he hopes to help second-year defensive end Kwity Paye flourish, too. Ngakoue and Paye know each other already, and Ngakoue said he’s looking forward to lending whatever expertise he can to help Paye grow in Year 2.

And one other thing about Ngakoue – he’s a big fan of Robert Mathis, and as a 6-foot-2, 246 pound defensive end appreciates what the 6-foot-2, 245 pound Mathis did in his Hall-of-Fame-worthy career in Indianapolis. Ngakoue, who also has 20 forced fumbles in his career, hopes to carry on that tradition.

“What excites me is it doesn’t matter about your size – here, it’s all about production, you know what I’m saying?” Ngakoue said. “And certain places look for certain sizes of defensive ends, defensive tackles, things of that nature but at the end fo the day it’s football. I feel like this is a great, great spot for guys of my size to be able to flourish. What a blessing.”