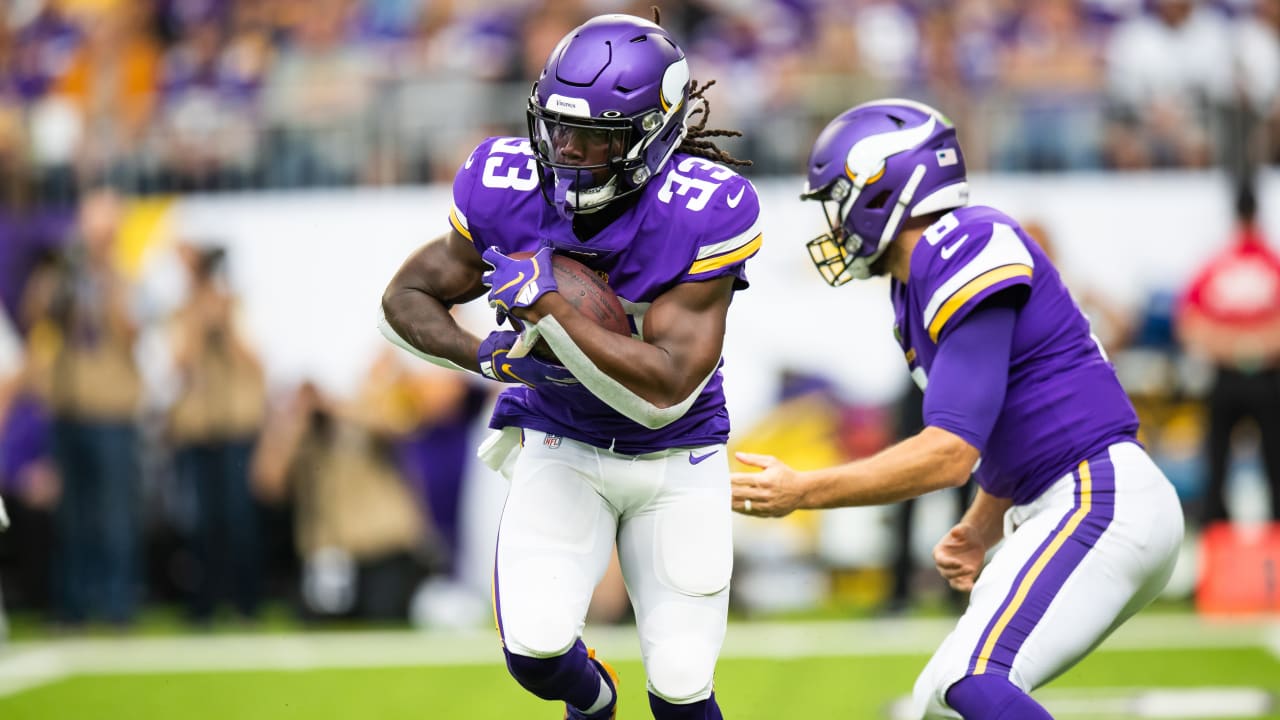 “Just trying to get some explosives out of whatever carries I get. I really don’t have a preference of carries,” Cook said. “As a runner, it’s really keeping your offense and keeping your team ahead of the sticks. That’s what you kind of get as a runner.

“The big plays are going to come, but in the NFL, you have to kind of take those 5-yard gains, those 4-yard gains,” Cook added. “They kind of take a toll on defenses, and it helps our offense make big plays. We’ve got the guys to do it, so the goal in my head is to stay ahead of the sticks and keep us in honest downs.”

The Vikings have already faced a stout run defense in 2019, as Minnesota managed just 40 yards on 16 carries against Chicago, with zero runs of 10 or more yards.

It’s a good bet the Vikings will try to establish the ground game against the Eagles, but there are also other ways that Minnesota can pick up chunks of yards, including the short passing game.

In the Vikings Week 5 win over the Giants, quarterback Kirk Cousins threw for 306 yards, but only six of his 27 attempts traveled more than 10 yards downfield.

Cousins and the Vikings offense relied on an efficient run game that was buoyed by timely play-action passes, allowing the quarterback find holes in a defense that was focused on the run.

If Cousins and the Vikings can complete short passes, those could serve as a stand-in for the run game if it struggles to get going.

A 5-yard gain on first down makes it a manageable second-and-5, while the same gain on second-and-long could put the Vikings offense in a third-and-short or third-and-medium situation.

Either way, it will be an all-hands-on deck approach for the Vikings against a ferocious Eagles defense.

“If we come to play our type of football game and make them match our intensity and play at a high level … I think we’ll be alright,” Cook added. “Just going in there and playing Minnesota football.”