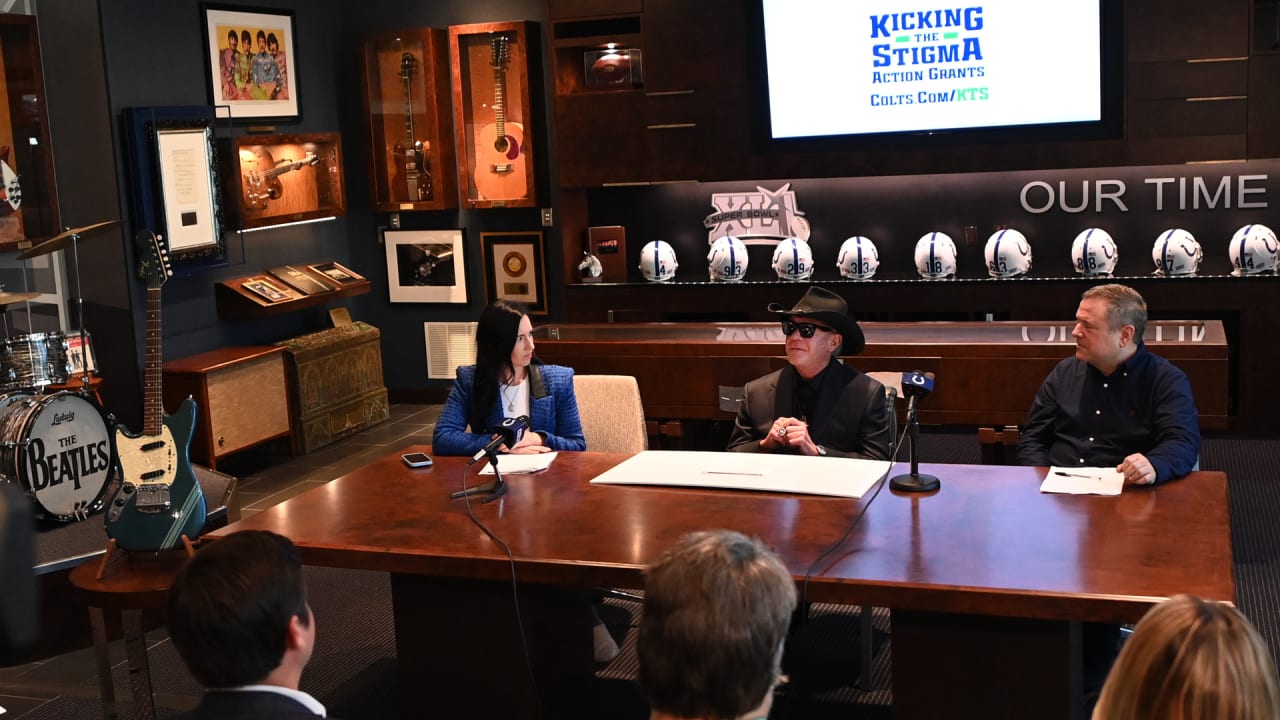 Kicking The Stigma, the Colts and Irsay Family’s mental health initiative, will receive a portion of the proceeds from the auction of the iconic Fender guitar Kurt Cobain played in the Smells Like Teen Spirit music video and in recording sessions for the album Nevermind.

And the guitar will have a starting bid of $2 million, with Colts Owner and CEO Jim Irsay announcing that figure as his first bid on Monday. The guitar will be auctioned off as part of Julien’s Auctions Music Icons series May 20-22 at the Hard Rock Cafe in Times Square.

When the Cobain family approached Julien’s Auctions with the hope of putting up for bid a number of important artifacts from Cobain’s career, they wanted a portion of the proceeds from those sales to go toward a mental health organization. Darren Julien, President and CEO of Julien’s Auctions, suggested the family look into Kicking The Stigma, which since its inception in 2020 has contributed over $16 million toward expanding treatment, research and awareness of mental health disorders in Indiana and nationally.

“The (Cobain) family hopes this can save others tormented by this disease,” Julien said.

Applications for 2022 Kicking The Stigma Action Grants are open through June 3, and can be found at Colts.com/KTS.

Kalen Jackson, Colts Vice Chair/Co-Owner, said partnerships like the one between Julien’s Auctions and Kicking The Stigma can have a profound impact on increasing the reach and impact of mental health initiatives in Indiana and beyond.

And for Irsay, he feels a calling to continue helping those with mental health disorders however he and his family can.

“Right now, there’s darkness upon people in America and throughout the world,” Irsay said. “There are people on this sunny day that are going through horrors. They’re sitting alone, the world is dark, they see no way out and they’re in about the worst space you can possibly think of. They may be wealthy, they may be beautiful and handsome, they may be homeless, they may be whatever — it doesn’t matter. Mental illness does not differentiate.