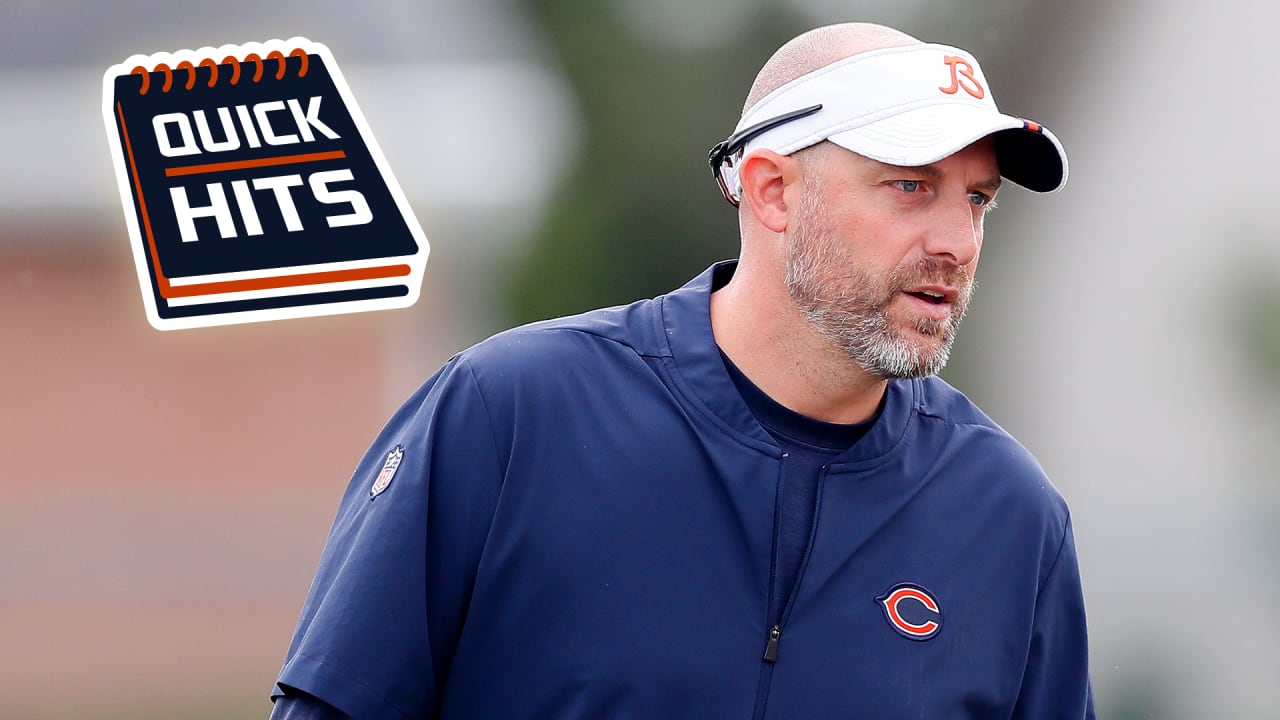 Miller injury: Nagy revealed Sunday that receiver Anthony Miller exited Saturday’s practice with a sprained ankle. However, the coach does not believe that the injury will prevent the second-year pro from playing in the regular-season opener Sept. 5 against the Packers.

“I feel pretty good about what happened,” Nagy said. “We got pretty fortunate.”

Selected by the Bears in the second round of the 2018 draft, Miller caught 33 passes for 423 yards and a team-leading seven touchdowns. He played in 15 games despite being hampered by a shoulder injury most of the year that required offseason surgery.

Strong support: Bears players and coaches were blown away by the support they received from fans this year at training camp.

That was the case again Saturday when a crowd of 9,141 that was the largest of the summer attended the team’s final open practice in Bourbonnais.

“I just want to thank all the fans coming out here,” Nagy said. “The first day we were out here and now the last day, it’s surreal and we appreciate it. I don’t want to be remiss in thanking everybody. It’s pretty cool.”

Several Bears players took to Twitter to thank fans for their support.

Film review: After watching tape of Thursday night’s preseason opener against the Panthers, Nagy singled out safety Deon Bush for playing well. The fourth-year pro, who turns 26 on Wednesday, recorded an interception and was credited with two tackles and two pass breakups.

Nagy was also impressed that the Bears were able to produce a field goal on the final play of the first half after taking over at their own 25 with :43 remaining.

On the flipside, Nagy was not pleased that the Bears, trailing 16-13 late in the game, allowed the Panthers to march 75 yards and score a clinching touchdown. He was also unhappy that his team committed eight penalties for 58 yards.

“The biggest thing is taking what we did wrong in the first game and making sure we don’t make the same mistakes in the second game,” Nagy said. “But the guys came out and it was good to get some tackling in; I thought we tackled well, all things considered. We didn’t do a whole bunch of ‘live’ in camp, but the times we were out there and guys had one-on-one tackles in open spaces, they did well.”

Not on Bunting: It appeared that tight end Ian Bunting whiffed on a block, leading to a sack of Chase Daniel. But Nagy absolved the rookie of blame.

“That was on Chase,” Nagy said. “That’s a naked where Chase is supposed to stay on the run and he pulled up and that’s a hard position to put [Bunting] in.”