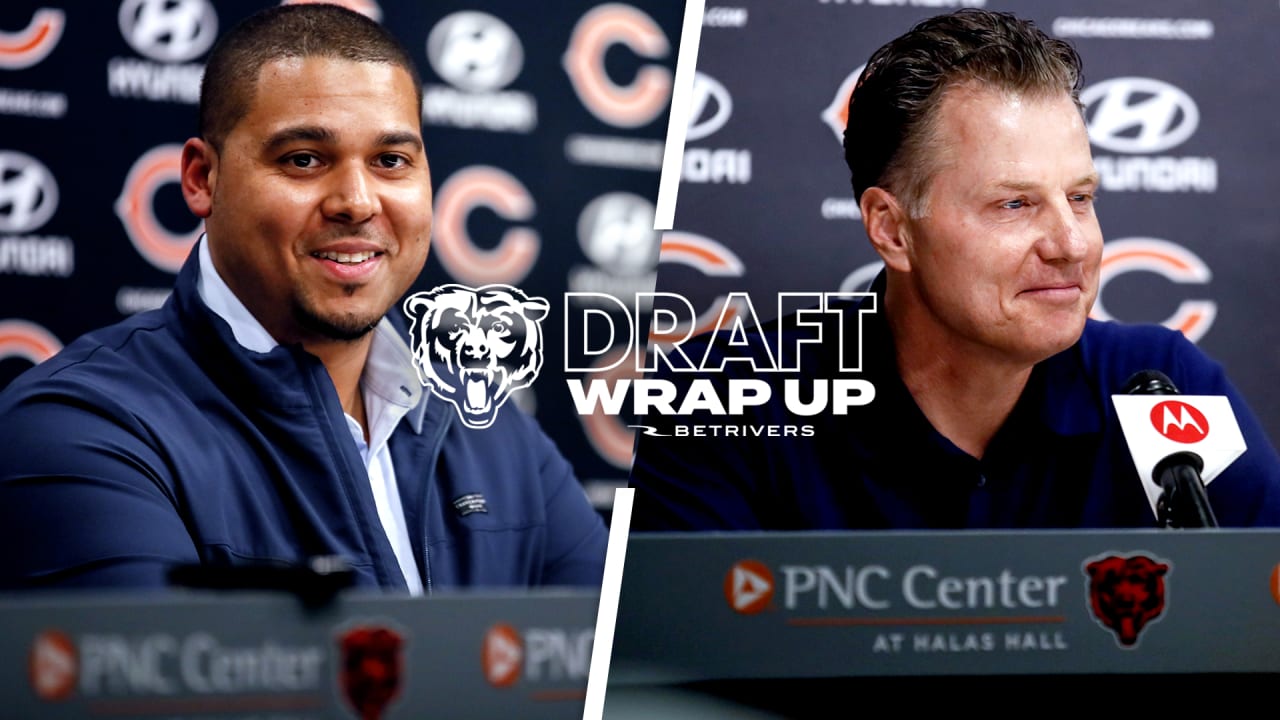 Only one of the eight players the Bears selected Saturday was taken with a pick they had at the start of the day: San Diego State guard/tackle Zachary Thomas, who was chosen in the sixth round at No. 186.

The Bears traded down three times in the fifth round before eventually choosing Southern Utah tackle Braxton Jones (No. 168) and Miami (OH) defensive end Dominique Robinson (No. 174) in the fifth round, Baylor running back Trestan Ebner (No. 203) and Illinois center Doug Kramer (No. 207) in the sixth and Southern offensive lineman Ja’Tyre Carter in the seventh (No. 226).

The Bears also sent a 2023 sixth-round pick to the Chargers in exchange for back-to-back seventh-round selections they spent on Cal safety Elijah Hicks (No. 254) and North Carolina State punter Trenton Gill (No 255).

Entering the draft, Poles had made no secret of his desire to trade down and accumulate additional picks.

“It’s a feel,” Poles said. “It really was based off the number of players in certain ranges. And then when you felt like the number was getting low, it was time to kind of cut it out and start picking players. And there was moments when we said, ‘no, we’re going to start picking players,’ and then there was opportunities when we said, ‘no, let’s move again and get more,’ because that’s what the board was telling us to do.”

Before the draft resumed with the fourth round Saturday morning, Poles conducted an interesting exercise with Bears scouts.

“I asked the guys to walk in front of the board with a notepad and write down three guys that they’re absolutely convicted about,” Poles said. “We put stars on all their tags. We ended up with a majority of them.

“Anytime someone has conviction about something, it means something. They’ve spent a lot of time. There’s no waver. That was important.”

In an effort to showcase the scouts, Poles had them speak with the media after one of the prospects from their designated area of the country was drafted by the Bears.

“They spent so much time on the road and in those schools,” Poles said. “It means a lot when you get a player drafted that you spent a lot of time with. It’s been a really good process for them.”

Staying disciplined with draft board

Poles stayed true to the board Friday when he chose defensive backs with both of the Bears’ two second-round picks, taking Washington cornerback Kyler Gordon at No. 39 and Penn State safety Jaquan Brisker at No. 48.

As a former guard himself, Poles joked that he’d pick all of the offensive linemen he could if he wasn’t entrusted with building an entire roster.

“It really comes down to the preparation,” Poles said. “It comes down to the board and where guys are valued. And where we sat, there were two good starting-level defensive players, and I would have made a huge mistake for this organization to say, ‘let’s leave them there, let someone else take them, and we’re going to go offense where they’re not on the same level.’

“And then you’re kicking yourself a year or two later when that guy’s an All-Pro. But, yeah, I just did what I needed at the time, so again it comes back to discipline and doing things the right way, and I felt like that’s going to be a decision that we’re all happy with.”

Matt Eberflus, who’s in his first year as Bears coach after spending the previous four seasons as Colts defensive coordinator, certainly was happy with the boost that Gordon and Brisker will give the secondary.

As soon as the draft concludes, the process of trying to lure undrafted free agents begins. It can become a wild endeavor with multiple teams vying for the same players. Poles experienced it as a player in 2008, when he was an undrafted free agent from Boston College who signed with the Bears.

Asked about the message he wants his scouts to convey to undrafted free agents they’re trying to sign, Poles said: “Competition. Come and compete. Opportunity. It’s a fresh set of eyes, both front office and coaching staff willing to develop everyone. There’s no bias, there’s no nothing.

“We’re just going to make sure that the best players are on the field, and that should mean a lot. But it is a crazy process. They’re up there scrambling right now and doing a really good job. This is probably the best process, the way we started this tonight after the draft, that I’ve been a part of. Very organized. Again, using technology to stay connected and linked up while being in different rooms so you don’t have the noise and people scrambling and screaming.

“It is a crazy time. But I will guarantee you there will be some guys from this undrafted free agent process that are going to develop and be good players.”

Tags: no round was