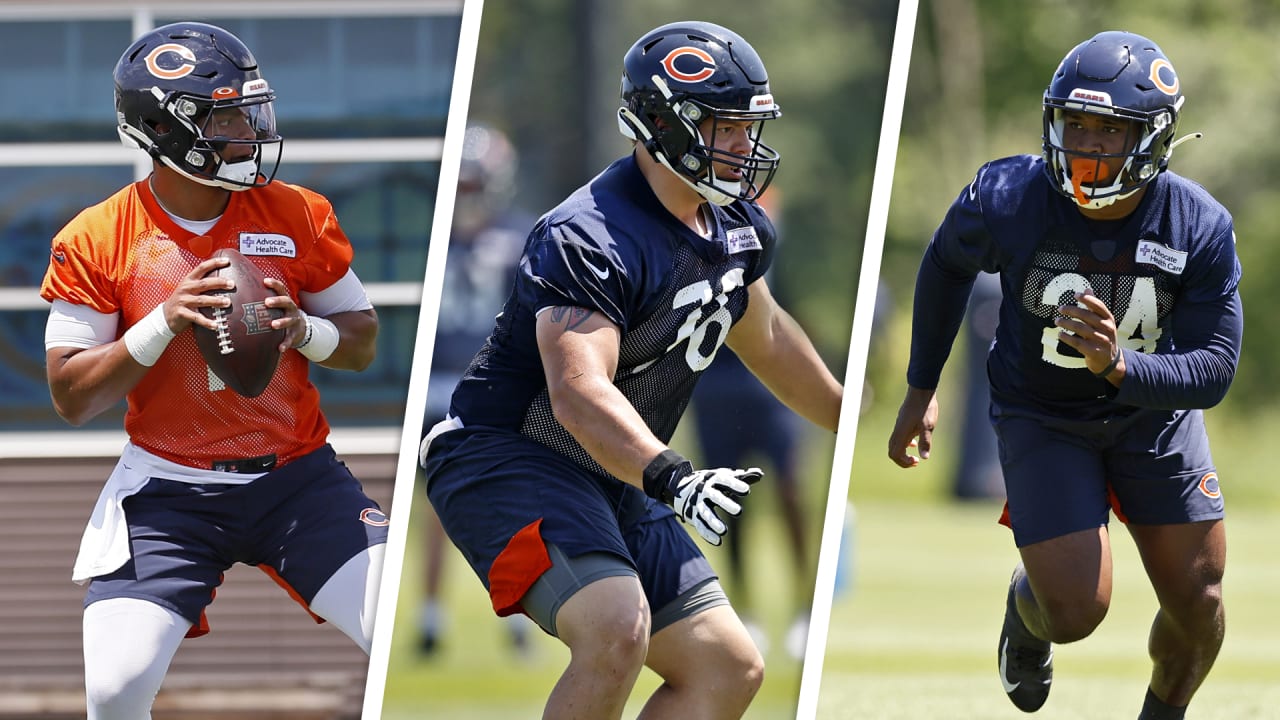 The series can be viewed on ChicagoBears.com, the free Chicago Bears Official App brought to you by Verizon and the team’s social media channels, including YouTube. It will culminate with a 30-minute special featuring all three episodes on FOX 32 in Chicago Saturday at 9:30 p.m.

In the feature on Fields, the Bears crew traveled to Kennesaw, Ga., where the first-round pick from Ohio State starred at Harrison High School. In two years as a starter, he passed for 4,187 yards and 41 touchdowns and rushed for 2,096 yards and 28 TDs.

“Just how he could throw the ball down the field with ease and the throws that he could make at that time and that level, I knew that he could be pretty special,” said Fields’ high school coach, Matt Dickmann. “And you take that with his work ethic, I thought that he had a chance to be a special athlete, pretty dynamic.”

The segment on Jenkins focuses on the love and appreciation he has for his father and the inspiration the Bears rookie derives from the memory of his mother, who passed away due to cancer in 2006 when Jenkins was eight years old. The second-round pick from Oklahoma State displays a tattoo on his right shoulder that features the dates of his mother’s birth and death inside a pink breast cancer ribbon.

“That’s one thing that’s always going to keep pushing and motivate me every day,” Jenkins said. “Just looking at my arm, just looking at her and showing her that I can do whatever needed to be done because of what she’s been through. That’s how I really want to attack every week, every day, every practice, every snap and just how I really want to play for the rest of my career.”

The feature on Herbert spotlights a letter he wrote to “his future self” five years ago when he was a senior at Majory Stoneman Douglas High School in Parkland, Fla. As part of an assignment in English class—the sixth-round pick from Virginia Tech predicted that his work ethic would enable him to reach the NFL.

“Everything I envisioned on there came true,” Herbert said. “I was never the most talented one. I was never the crazy athlete. But the one thing I did do is work.”

Tags: every he his