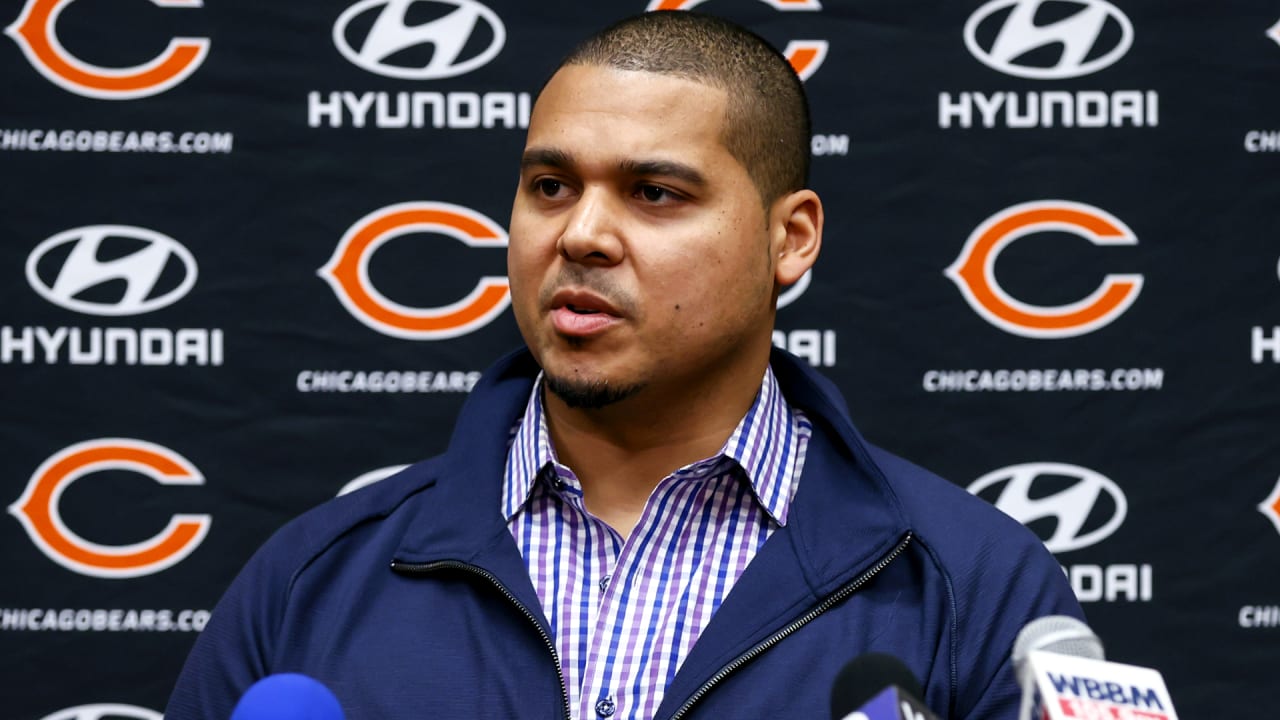 The Bears have five picks in the draft: their own selections in Rounds 2, 3, 5 and 6 and an additional fifth-rounder they obtained in a trade that sent receiver Anthony Miller to the Texans. The Bears dealt their first- and fourth-round picks to the Giants last April to move up nine spots in the first round to choose quarterback ﻿Justin Fields﻿ at No. 11. They also sent their seventh-round selection to the Texans in the Miller trade.

Acquiring players who are considered “Bears fits” will help Poles accomplish one of his main objectives, which is to “raise the standard” throughout the organization. It’s a goal he’s emphasized since being hired as GM in January.

A major factor in raising the standard will be getting every player on the roster in optimal football shape.

Assisting players in that area will be Brent Salazar, who was hired by the Bears Feb. 15 as their Clyde Emrich Director of High Performance. Salazar will oversee the team’s strength and conditioning and sport science departments and work with the athletic training staff with the goal of maximizing player health, safety and performance. The position is named after Clyde Emrich, a pioneering strength coach who passed away last November after working for the Bears for 50 years.

Salazar arrives in Chicago with more than 10 years of strength and conditioning experience in the NFL with the Broncos, Chiefs and Vikings. He spent the past two years at Kitman Labs as a performance strategist and was the director of performance at the United States Tennis Association from 2017-20. His duties at the USTA included oversight of the Player Development’s Strength and Conditioning team and he was responsible for optimizing the support that the USTA provides to American players.

Before Salazar or Arthur get to work with them, potential future Bears are vetted by the team’s scouts, who develop comprehensive profiles of them both as players and people.

“It comes to character-gathering, information-gathering on the players we’re looking at,” Poles said. “We need to know everything so we’re prepared. When those players come into the building, we can make sure they’re taught the right way, the nutrition is set up the right way and our coaches are aware of how they learn best.

“It just comes down to setting in stone what we want and then following through on that.”