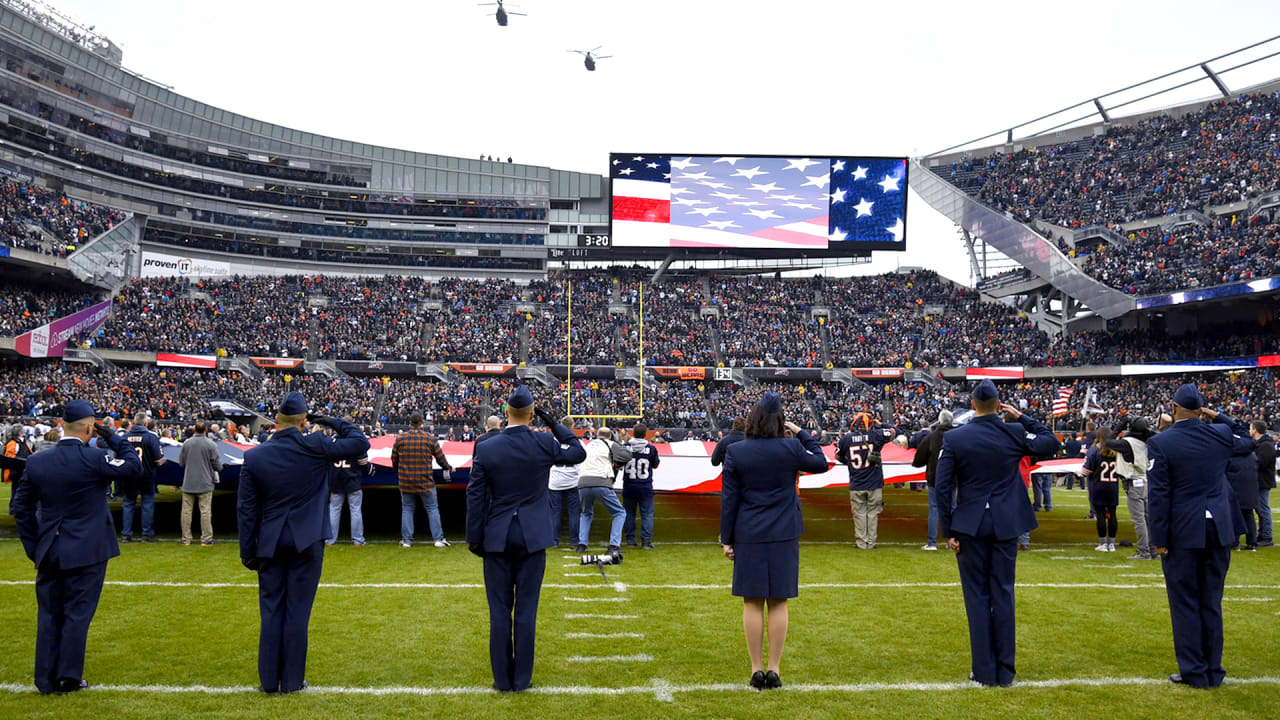 When the Bears host the Minnesota Vikings on Monday night, they will pay tribute to the country’s veterans.

The Bears have planned several activities this week to commemorate their Salute to Service Week brought to you by Cigna, culminating in Monday night’s game.

The team has nominated tight end Jimmy Graham for the Salute to Service Award presented by USAA. Through his foundation, Graham seeks to provide impactful experiences to veterans and underprivileged youth through the freedom of flight.

Graham takes veterans into the air in one of his two recently restored army aircrafts, from 1957 and 1967. Graham also surprised three families of deceased veterans with a video call on Monday.

The Bears have planned a number of other events. Former Bears player Jason McKie visited the Edward Hines VA Hospital. In partnership with the Wounded Warriors project, several Bears alums will take part in a virtual trivia competition on Thursday. On the same day, Staley Da Bear will virtually visit youth involved in the USO Teen/Tween program to assemble, decorate and learn to play musical instruments.

Employees of the Bears and Cigna will write personal letters to be sent with care packages to veterans in the local area.

On Saturday, several former players will join a Merging Vets and Players workout at BearsFit in Vernon Hills.

Finally, on Monday night, USO of Illinois representative Aleece Baker will sing the national anthem before the game against the Vikings. The U.S. Army color guard courtesy of the U.S. Army reserve 416th Theater Engineer Command will present the colors. The team, in partnership with Boeing, will also honor Sgt. Vernon Breen, a veteran of World War II.