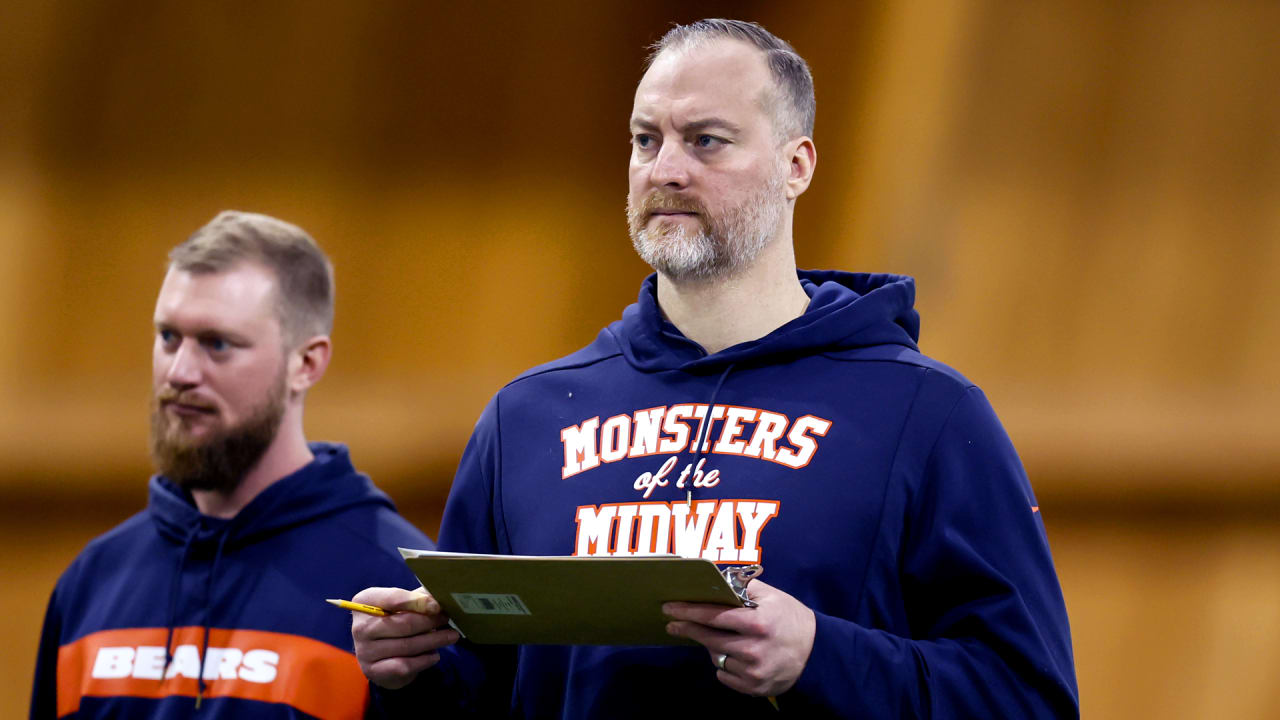 While Poles and King are working together for the first time, they played against each other in college, Poles as an offensive lineman at Boston College and King as a tight end at Virginia Tech.

“I just remember him as that old school tight end that was tough and aggressive and a really good football player,” Poles said.

A second-team All-ACC selection as a senior, King was selected by the Panthers in the fifth round of the 2006 draft. The Virginia native played seven NFL seasons, five in Carolina followed by two with the Cardinals, appearing in 108 games with 84 starts and catching 156 passes for 1,323 yards and 12 touchdowns.

Early in his playing career, King knew that he wanted to eventually work in an NFL personnel department.

“I knew at some point your playing career comes to an end, but football is always something that I had a huge passion about,” King said. “I was always drawn to the building process, the evaluation process, stacking the blocks on each other and building a team.”

King’s interest in that aspect of the game was further fueled by interacting with Panthers scouts.

“In Carolina, I was really lucky,” King said. “The scouts would be around the players a lot. That was a thing that [then-general manager] Marty Hurney had, was you had some relationships through that process.”

“All those guys were in the building, so you got to hear them talk about players, talk ball with them,” King said. “They’ve always been some people that have helped me along the way, get me in the business, help me with any questions that I had. Very early on in my pro career, I knew that this was the path I wanted to take, and I was fortunate enough to be around some good people.”

Poles is the latest individual to fall into that category. Since they began working together in Chicago, King has been impressed with the first-year GM.

“From the very start, it’s a credit to him that he didn’t come in and say, ‘All right, you guys were doing all these [bad] things. I’m going to do it my own way,'” King said. “That’s a real credit to him as a leader and as a person to have that open mind … There’s a lot of value in the way that he approached the first couple weeks on the job because it wasn’t like he was coming to change everything from the get-go.”

Asked what he enjoys most about free agency, King said: “What excites me the most isn’t the top-end guys, to be quite honest. Those are pretty easy evaluations. It’s finding the value. It’s hard to say every year we got value here in free agency because it’s the open market. But the real joy in free agency is finding the minimum guy, finding the guy that signed in the third wave that ends up starting, playing 17 games.”

The Bears signed two of those players last August in linebacker Alec Ogletree and left tackle Jason Peters, both of whom emerged as valuable contributors who combined to make 31 of a possible 34 starts.

“No one thought [Ogletree] was going to play as well as he did last year,” King said. “People forget we signed Akiem Hicks to just over the minimum [in 2016]. That was a good example of finding value and not paying $10 million a year. Everybody can say, ‘Hey, Davante Adams is really good.’ But to me as a pro guy, it’s finding the value guys.”

To those who work with him, it’s clear that the Bears found one in King.